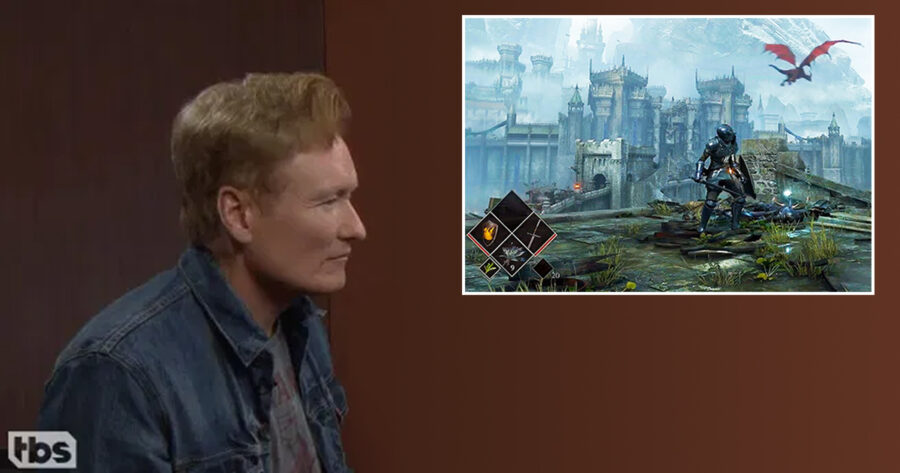 LOS ANGELES — In a string of videos released alongside the final of Conan on TBS, comedian and talk show host Conan O’Brien aired the final episode of his series “Clueless Gamer,” in which he silently plays Demon Souls for 15 hours, attempting to beat the entire game without getting hit.

“I had a lot of time and nothing to really do during the quarantine so I played a ton of video games. I guess you can say I’m not so clueless anymo—GOD FUCKING DAMN IT FUCKING FLAMELURKER FUCK. RUINED ANOTHER FUCKING RUN, FUCK YOU,” Conan says around hour nine of the video, before slamming his controller into the ground and walking away for several minutes.

Fans of the series were mostly confused about what is likely to be the final video of its kind.

“What I like about Clueless Gamer is that I get to watch Conan riff on video games as an outsider alongside a funny guest or two. This video didn’t really have any of that,” said viewer Jaime Osborn. “I really love when Conan goes off on somebody, playfully yelling at them for being a bad employee or something. And he definitely did a handful of yelling in this video… but it wasn’t funny. He just yelled obscenities when he got hit or missed a dodge roll and had to restart the run. But hey, I watched all 15 hours of it so I guess that’s on me. I’ll watch anything that Conan’s in.”

According to those familiar with the situation, Conan’s recent behavior has some of his friends and family members concerned.

“I never thought that gateway drugs were a thing, but ever since we started doing those Clueless Gamer segments, Conan has gotten straight-up addicted to playing video games. And that’s not even mentioning the actual drugs he’s been doing. He’s basically been non-stop gaming all quarantine and snorting tons of adderall to make it happen,” said a longtime Conan sidekick who wished to remain anonymous. “It’s becoming very worrying because he’s starting to ignore his life obligations in order to grind more Souls games. The reason he quit his weekday TBS show for a weekly HBO show is because he said ‘that’s just four more days for gaming.’ I’m scared!”