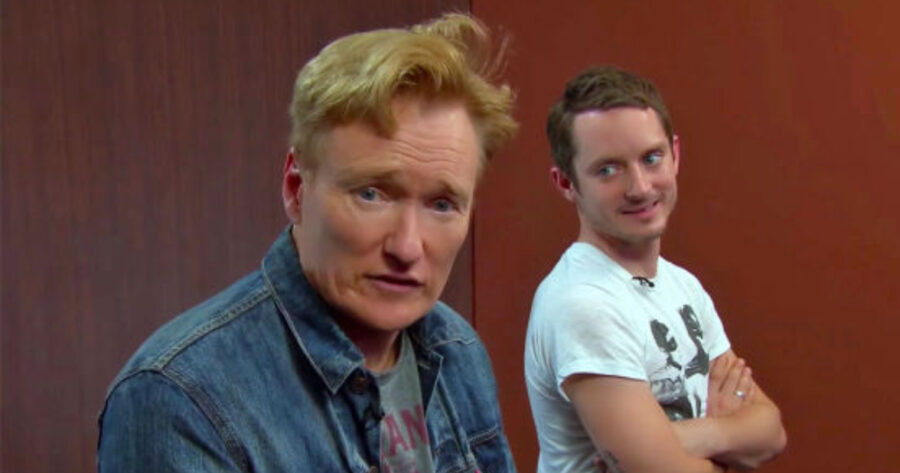 LOS ANGELES — Comedian and talk show host Conan O’Brien has released another episode of his Clueless Gamer series, opening a new chapter in his book of disgusting anti-gamer propaganda.

“Hold on, I’m some green guy? What is this, the Jolly Green Giant video game?” asked O’Brien at the start of his cruel video, Clueless Gamer: Halo 2, despite having done separate videos for Halo 4 and Halo 5. “I don’t respect this game, I don’t respect the people who made this game, and I certainly don’t respect anyone who has ever played this game.”

“Considering that gamers are one of the most oppressed groups of people in this country, it sickens me to my stomach that someone would be ‘clueless’ about our culture. And that’s not just because my stomach is filled with Doritos and Mountain Dew,” Porter said. “The deep irony is that gamer discrimination affects us all. Not unlike Hitler discovering he was part-Jewish, I am sure Mr. O’Brien would be similarly devastated to find he has a small part in Hideo Kojima’s Death Stranding. An attack on gamers is an attack on us all.”

Despite reports of horrific anti-gamer discrimination in the Conan office, some employees have spoken out about the way they have been treated.

“I downloaded Bejeweled on my phone and it’s actually pretty fun,” said a Conan sidekick who wished to remain anonymous. “I was kinda forced to get into it because I’m not given enough to do around here. And wouldn’t you know it? Conan immediately started ridiculing me in front of the rest of the staff. This place makes me sick.”

At press time, O’Brien doubled down on his anti-gaming propaganda, ridiculing employee Matt Gourley on his podcast Conan O’Brien Needs a Friend, who may or may not be a gamer, but probably is.