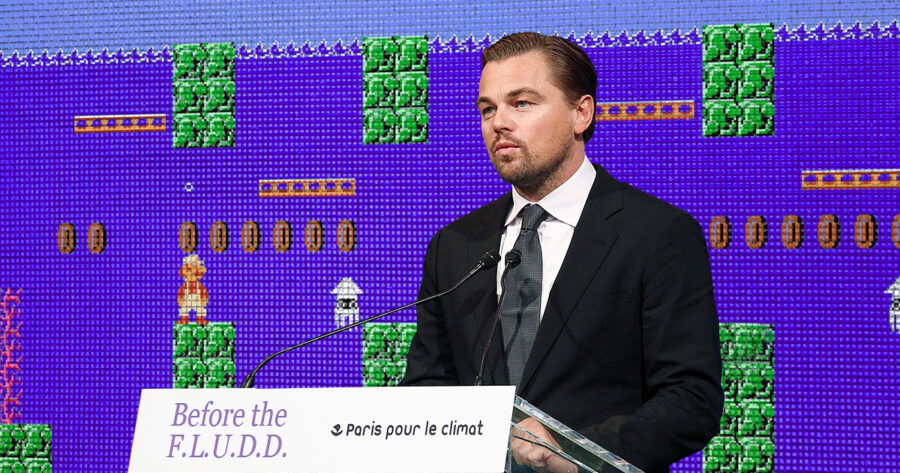 “Today, people all around the world complain daily about having to stomp on goombas in order to kill them and go about their business,” said lead researcher, Dr. Sarah Lewis, presenting her team’s findings in front of an audience of celebrities and climate scientists in Paris. “But the sad reality is that within the next few years, goombas will be entirely extinct. All that will remain are untouchable enemies who we will be forced to navigate around while constantly sinking around them.”

Oscar-award winning actor Leonardo DiCaprio also gave a speech at the conference before a viewing of his new climate change documentary film entitled Before the F.L.U.D.D.

“Let me be clear: we need to get the word out about global warming now… before Super Mario World becomes Super Mario Sunshine,” DiCaprio passionately said to thunderous applause at the event.

Despite confirmations of these fears by the majority of top climate scientists, there are still a few who do not believe the data.

“In some Super Mario levels, you climb up a beanstalk and run along the clouds collecting coins. If any scientist tells you that’s going to be underwater one day, they are lying to you,” said scientist James Siegel. “And the fact that my employer is the company working on Kelly Slater’s Pro Surfer 2 has nothing to do with my position on that.”

At press time, the scientists behind the eye-opening climate change document were already moving on to updated models even beyond the future of Super Mario. As a result of new research, most climate scientists now believe that by 2050, all Legend of Zelda temples will be water temples.