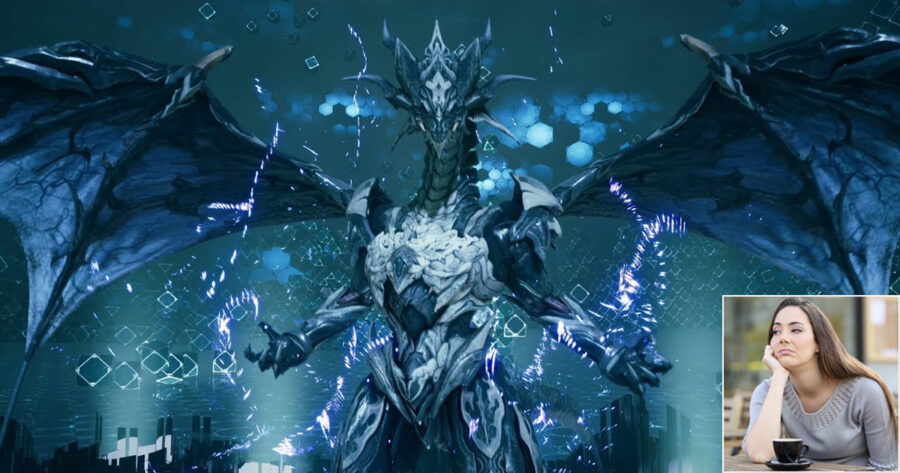 DEEP SPACE — Saying that he would resolve to put his loved ones before his work obligations moving forward, the almighty dragon king Bahamut promised his wife Rebecca Bahamut-Schmidt and his son Spencer that he would stop answering summon calls from legendary heroes during family dinner.

“Jesus, is that Cloud again? This is the third time this week,” said Bahamut, putting down his fork just before taking the first bite of the chicken pot pie his wife had spent all afternoon preparing. “Doesn’t he know how long it will take me to fly down to Earth at this hour?”

“Whatever it is he’s fighting, just tell him to cast Firaga instead,” said Bahamut-Schmidt, putting her hand on her dragon husband’s large, scaly shoulder. “For heaven’s sake, Bahamut, it’s 8 pm. There are some countries like France that have laws against casting a summon spell this late at night.”

“Maybe if I stood up for myself and refused more summon calls, that spiky-haired idiot would stop summoning the King of Dragons against random packs of goddamn goblins,” continued Bahamut, getting himself worked up thinking about the inequity of his partnership with the sword-wielding adventurer. “Just look at the house Neo Bahamut and his wife live in, why can’t we afford a place like that with all the work that I do? And I’m way faster at my job and cost way less mana than that jerk. That’s it, I’ve had it.”

At press time, Bahamut reportedly stared at his BlackBerry phone for a few moments as it continued to ring before tossing it into the sky and destroying it with a fireball.