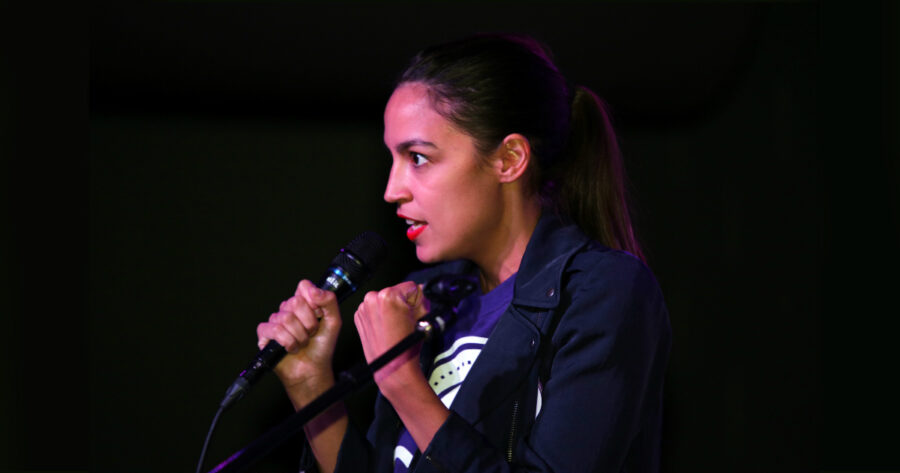 NEW YORK — Congresswoman Alexandria Ocasio-Cortez joined a rally with the New York City chapter of the DSA today and received loud cheers upon her announcement that she will not buy a copy of Red Dead Redemption 2 until it goes on sale.

“Our country is in a horrible state when someone with a full time job can only afford the newest AAA games when they’re on sale for $20, years down the line,” said Ocasio-Cortez, standing on a table surrounded by cheering constituents. “My favorite video game will always be League of Legends because it is free and all of the purchases are for cosmetic items… which is exactly how our society should be!”

Fans of Ocasio-Cortez say that her honesty and progressive values make her a relatable politician for urban millennials.

“Republicans bash her because she isn’t wealthy, but those old bastards have no idea what it’s like to be a gamer in 2018,” explained activist Lyla Newton. “As a kid, it was easy for my parents to just buy me the newest game each year for Christmas. But our generation, saddled with student loans and entry level jobs that pay no money, are getting radicalized as they see game prices rise and rise.”

“And as soon as you get hooked into a game, they hit you with two or three $20 DLC storylines in the next month,” she added. “Welcome to Late Capitalism, featuring Spider-Man and Black Cat.”

Despite her popularity, however, Ocasio-Cortez has drawn the ire many of her Republican colleagues in Congress.

“Ocasio-Cortez and her Socialist ilk want to destroy the video game industry. Half the fun of playing video games the night they come out is knowing that poor people don’t get to,” said Congressman Dan Crenshaw. “Next, she’ll try to force Rockstar to make the KKK guys in Red Dead the villains!”

At press time, Ocasio-Cortez was being attacked by right-wing pundits on Twitter after it was discovered she had purchased 15 games for a total of $50 during the Steam Summer Sale, but had still only gotten around to playing six or seven of them.