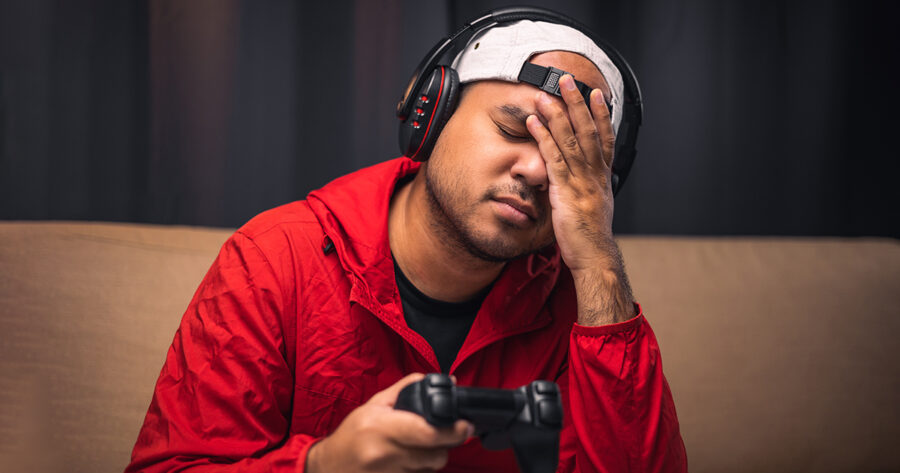 CLEVELAND — A forum poster seeking solutions for his new controller’s loudly-clicking thumbsticks is blissfully unaware that the sound he’s hearing is actually coming from his own joints.

“Can anyone help with this weird noise the PS4 controllers seem to have?” copywriter Daniel Folley’s innocent post began. “I’ve pulled this whole damn thing apart trying to find it. It kind of sounds like two limestone pebbles scraping together, but I’ve cleaned the sticks and lubricated all the buttons with some lithium grease and still nothing improved. Where the hell is it coming from? I just got this for my 40th birthday and it’s already broken!”

The post continues to detail the “firm popping sensation” that using the thumbstick elicits, which Folley goes on to describe as being “like pushing paracetamol out of a blister pack”. During gameplay, strafing reportedly makes the sound louder, and using any game with a weapon wheel mechanic feels “not dissimilar to stirring a mug of rice.”

“I don’t have the heart to tell him,” close friend Kelly Tendon revealed. “We’re all getting older. You never think it’ll catch up with you. The way Dan played Mario Party in college, you’d assume he was bulletproof. Even if you can win the Paddle Battle, we all eventually lose the Paddle war.”

Folley’s tendency to deny age-related maladies has become more prevalent in the last year or so, especially to the employees of the local electronic stores that he frequents

“That guy bought a whole new setup last year and he keeps returning everything in it piece by piece,” said Best Buy customer service representative Zoe Everest. “We can’t figure out what his issue is. First the sound system has a high-pitched ringing, then the gaming chair’s too hard to get out of, then TV screen saturation is too strong, which makes his eyes really sleepy around 9:30 every night. It’s not Panasonic’s fault that you’re in denial about your age, dude.”

At press time, Folley had finally accepted his body’s condition and made a doctor’s appointment after worsening joint pains had led his kneecaps to begin making the Nintendo Switch snapping noise.