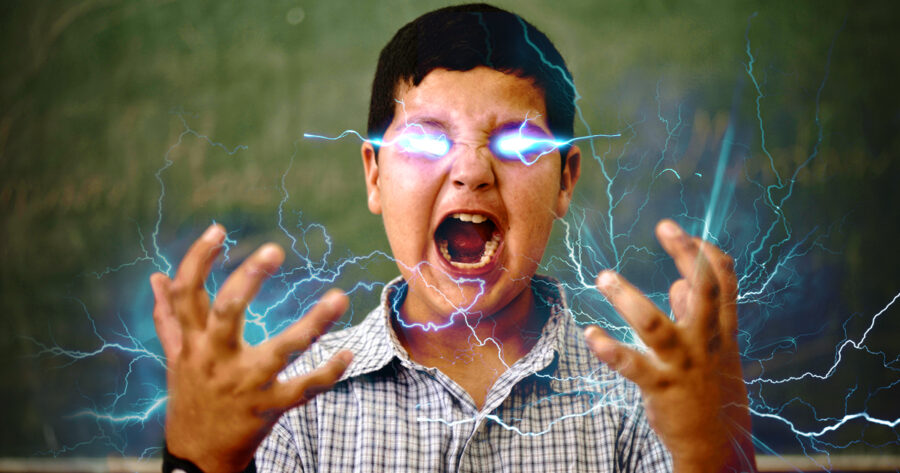 KANSAS, Okla. — Local eighth grader and moderator for subreddit r/gaming Kris Stevens reportedly felt power coursing through his veins as he banned a user during his teacher’s lesson on the causes of The Great Depression.

Those familiar with the situation told reporters that the user, u/dgoone883, had violated code 1.47 under rule 18 in the subreddit’s bylaw, forbidding his post promoting his friend’s indie game trailer outside of “Self Promotion Sunday,” which results in banishment from the community.

“Committing such an act is a crime against our subreddit and a crime against the entire Reddit community. Banning u/dgoone883 was a mercy,” Stevens said to friends, his eyes glowing with contempt for those who dare face his word as moderator. “Nothing brings me more pleasure than to exercise my strength and cleanse our sub of infidels. Nothing, perhaps, except a meme about Half Life 3.”

Other classmates who witnessed the scene said that it was a transformative experience.

“I was listening to Mr. Laus explain trickle down economics when suddenly I heard — no actually, it’s more like I felt — a humming that got more and more intense. I looked over to the left and saw Kris was on his cellphone. His desk was floating 3 inches above the ground,” said Stevens’ classmate Marsha O’Dowd.

“All the lights in the room started flickering and, I’m sorry if this sounds dumb but I don’t know how else to describe it, the colors seemed… brighter? Like everything in the room looked more colorful,” said Rahul Dravid, another student. “Then suddenly, Kris’ desk dropped and everything went back to normal. That’s when I realized he had banned someone on Reddit.”

At press time, Stevens told reporters while the muscles in his head flexed beyond known human limitations, “I appreciate the media attention placed on the good work my team and I have procured [sic], but if we ever see you around our part of the internet disobeying Reddit law, you will face the full force of our wrath. Good day, sirs.”