JonTron Dead at 31 to Most Fans 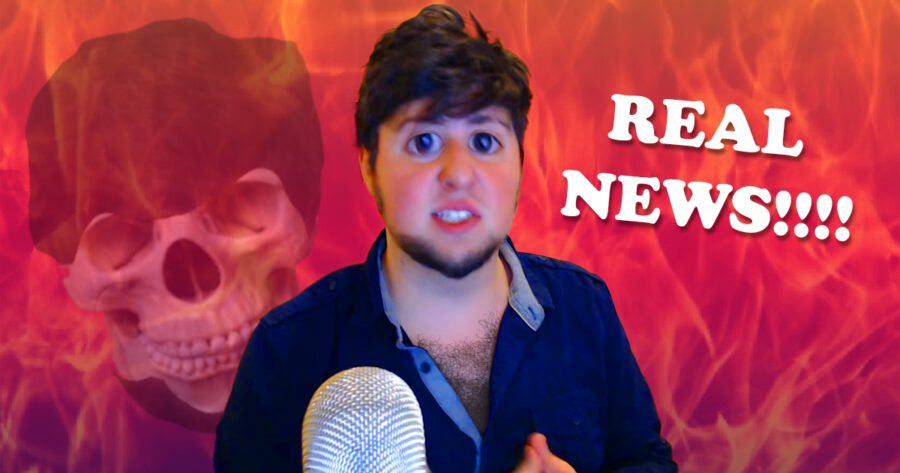 INTERNATIONAL WATERS — YouTuber and social critic JonTron was found dead at age 59 to the vast majority of his fans today, according to somber reports from his family and remaining friend.

“It’s incredibly tragic to hear what happened to JonTron. May he rest in peace, to most fans,” said JonTron’s friend Jared. “I was the one who found his body, actually. That’s an image that will never leave my brain. I walked into his room and… oh god, he was just laying there completely still. Muttering the n-word to himself. That’s when I knew he had passed on to the other side. You know, like, to the conservative podcast side. Rest in power, JonTron. Specifically white power. I’m a racist too, to be extra clear. My character is a racist one.”

Fans paid tribute to the fallen YouTuber across social media.

“When I heard that JonTron had died, I assumed it was because of Covid or something. And I was right. He is dead, at just 46 years of age, to most fans, due to ‘COVID or something,’ when you consider that he is loudly antivax,” said longtime comedian Gex the Gecko. “All right! It’s tail time! My tail’s gonna kick your butt! Gecko-chop, baby! YYYESSSSS! Eat this! A little tongue now, a lot of tail later! I am the god of hellfire!”

A spokesperson for Flex Tape released a statement about the incident.

“We here at Flex Tape are incredibly saddened to hear about the passing of JonTron, to the vast majority of his fans,” began the statement. “And as a major corporation — specifically one that does not want to get involved in statements about white people remaining a majority — that means he is also dead to us. RIP Mr. Tronathan. As a tribute to this YouTuber, we are offering his family a free roll of Flex Tape to seal up any holes in his social coffin.”