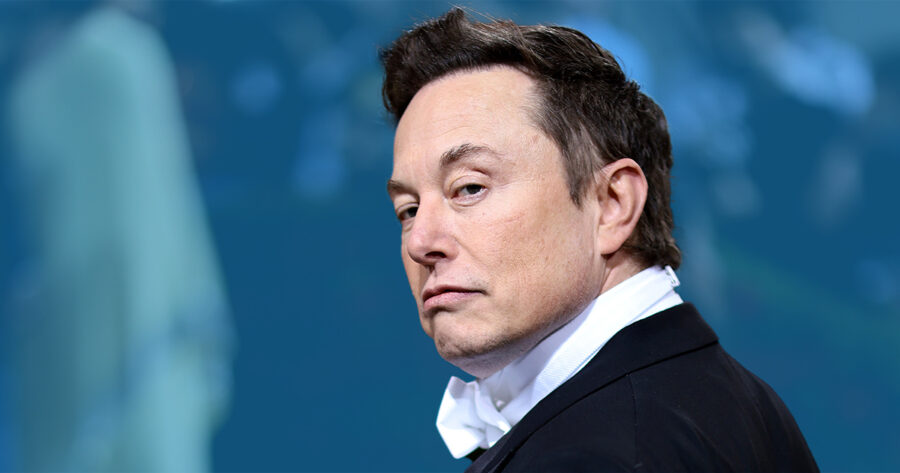 SAN FRANCISCO — Tech billionaire Elon Musk announced today that he is pulling out of his deal to purchase Twitter following a realization that he has not been in a negative news story for an entire day.

“Sorry to my friends and fans, but I must announce that the Twitter deal is unfortunately le epic fail,” said Musk in a series of tweets accompanied by various “soy wojak” memes. “It’s a shame to see what could have been such a based acquisition, but I just don’t like it when I’m not trending for an embarrassing reason for a whole day. It’s like an addiction, or maybe a fetish. I get off on people calling me a loser in my replies and right now I’ve got a belly full of semen. Well, sorry wokists, but you can’t kinkshame me — it’s against your pathetic rules!”

Musk went on to say that he was looking forward to the deal going through.

“I had so many plans for Twitter too, so it really is Sad Pepe to see it all fall apart like this. I would have introduced an edit button for tweets, I would finally have banned that picture of Ghislain photo-bombing me, and I would have instituted real free speech, a.k.a. letting my friends at The Babylon Bee tweet joke again,” Musk posted. “But my biggest thing would have been to remove the names and icons from all tweets and accounts, so as to honor the selfless art of anonymous meme creators.”

According to market analysts, this is the latest in a series of embarrassments from Musk in an attempt to stay in the news cycle.

“Elon got owned by that satire website, then he got into a fight with crypto people online, and then laid off a ton of Tesla employees in a cruel email. Now he’s pulling out of the Twitter deal. Who knows what embarrassing thing Musk could do next to make sure his name stays in the trending tabs of various social media sites?” explained analyst Holli Mansell. “ Our sources tell us that some of his potential plans include writing break-up poetry about Grimes, publicly trying to bribe Kevin Feige into letting him play a superhero in the MCU, and hitting on Amber Heard for trial-level attention. But knowing Elon, it could easily be far more embarrassing than any of those ideas.”

As of press time, Musk had tweeted “the narwhal bacons at midnight” fifteen times in a row, reportedly during a board meeting at Tesla.