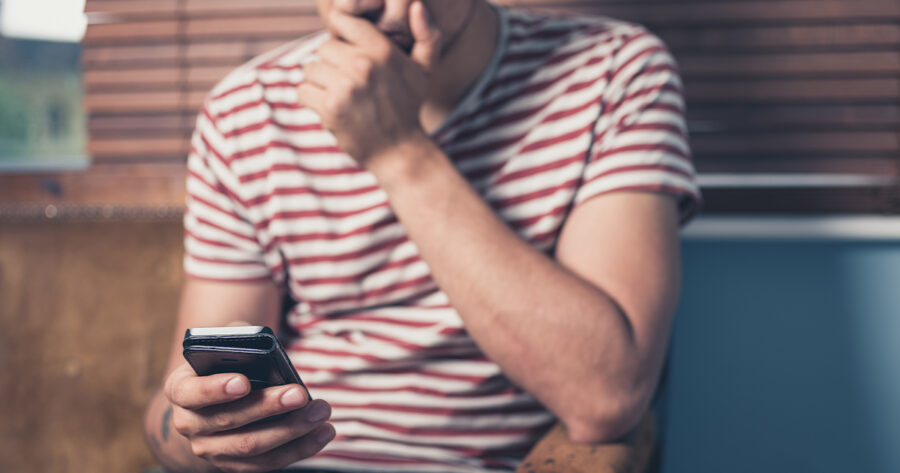 SARASOTA, Fla. — Straining his eyes while scrolling through the report to make sure he was understanding things right, distraught man and technology addict Antonio Reeves was distraught to discover that his iPhone’s daily screen time report doesn’t include time that he spends staring at his TV or his computer monitor.

“I’ve been checking this report before I go to bed to see whether I’m spending too much time on my devices,” explained Reeves, eyes still bleary from scrolling through the report in the pitch black darkness of his bedroom. “Then I realized that the seven hours I spent working at my computer, all of the minutes I spent glancing at my Apple Watch, plus the two hours I spent gaming last night weren’t included in the report at all. Kind of misleading if you ask me, they should really fix that.”

Reeves said that looking more closely at the numbers on the screen time report made him realize that something was amiss.

“So if you put together all of the time I spent on my phone yesterday, which was about — wow, ten hours, really? How is that possible? But that would mean that I spent twenty hours on screens in the last 24 hours? Wait, what time is it? Oh my God, I’ve got to be up in two hours. I should have stopped looking at screens 30 minutes ago to get ready for bed.”

At press time, Reeves had decided to subtract his gaming hours from his running total of screen time after deciding that VR headsets didn’t count.