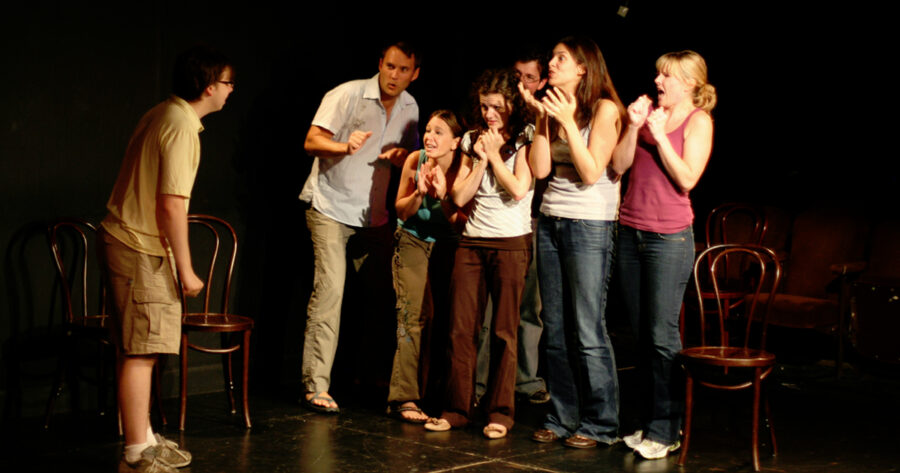 NEW YORK — Improv comedy theatre the Upright Citizens Brigade announced today that they will be offering a new set of improv classes for aspiring D&D dungeon masters, according to a press release.

“There are so many dungeon masters who want to be better at thinking on their toes, improvising a story with a team, and secretly thinking they are the funniest person in their friend group. It just makes perfect sense to teach these people improv comedy,” explained UCB Associate Academic Director Kevin Hines in a statement on the school’s forums. “We’re also going to be offering UCB gift cards tied to these classes in case you want to passive-aggressively gift it to your group’s shitty DM.”

According to the statement, Improv for Dungeon Masters 101 will focus on the basics of yes-anding with player characters, as well as how to incorporate various goblin voices into your skill set. Improv for Dungeon Masters 201 will give more in depth teachings on how a campaign should respond to different d20 rolls as well as how to weave in seamless character deaths for players who you personally don’t like.

Lastly, Improv for Dungeon Masters 301 will train students to audition for the various Dungeons and Dragons podcast house teams that UCB is creating to capitalize on the booming popularity of semi-comedic D&D performances filled with inside jokes that “people are just dying to listen to.”

At press time, Second City responded by announcing their own Sketch for Dungeon Masters class in which dungeon masters write out an entire months-long campaign for players to memorize and act out.