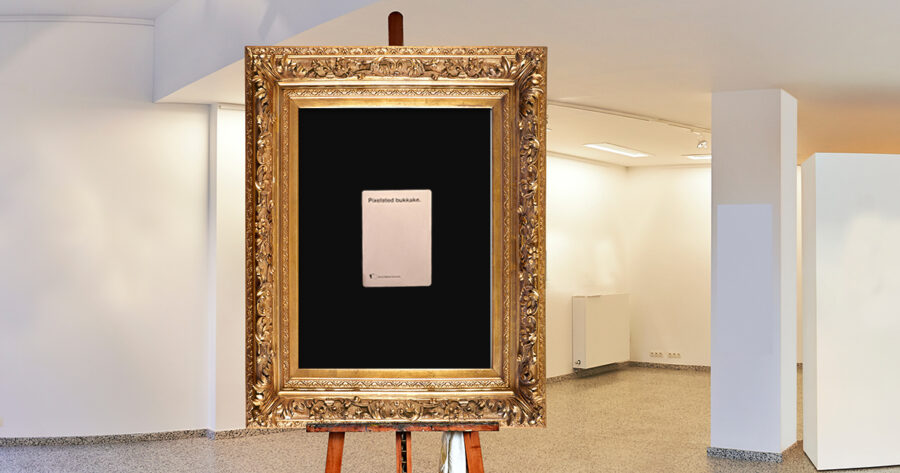 The auction, a joint venture between famed auctioneer company Sotheby’s and theCHIVE.com, was held at the Hooters in Midtown Manhattan.

“The next highest bid was $900,000, but the winner wanted a much funnier number,” explained Reginald Fernsby, Sotheby’s auctioneer. “If you’ll allow me to make an embarrassing confession — I had to look up what the term on the card even means. My interest is piqued, and I will be investigating further in my private time. We live in a wonderful world.”

The highest bidder, 21-year-old Tanner Braxton, is a member of Phi Kappa Rho at Duke University and loudly proclaimed such before, during, and after the bidding.

“I can’t wait to put this on the mantle of our frat house, so it can watch us as we pay homage to the card,” Braxton stated. “Now that I paid almost $7 million dollars for the funniest card in the world, no one can ever say my jokes are bad.”

The auction is expected to give a huge boost of visibility to the notorious party game.

“Yeah fuck those nerds!” the eight founders of Cards Against Humanity shouted in unison while spraying celebratory Bud Light Limes on each other, soaking their lacrosse pinnies.

theCHIVE.com announced that they would donate their portion of the proceeds to a new legal defense fund for websites that steal content from others because they are too uncreative and dull to make their own.