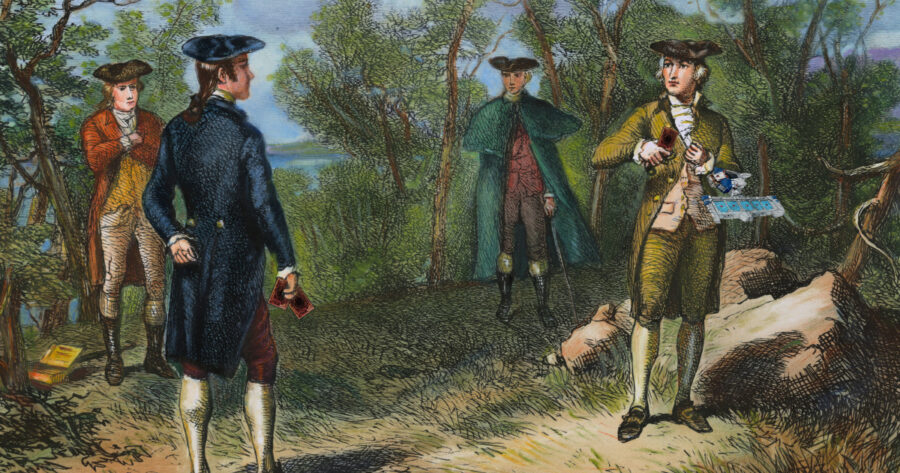 WASHINGTON — The Smithsonian’s National Museum of American History announced this morning that they have acquired the original trap card used by Vice President Aaron Burr to defeat Alexander Hamilton in their Yu-Gi-Oh! duel in Weehawken, New Jersey, on July 11th, 1804.

“Burr and Hamilton’s fateful Yu-Gi-Oh! duel is an unforgettable moment in the early history of our nation, and we are grateful to be able to preserve the card that sealed the Treasury Secretary’s fate,” said curator Heather Milgrom, who helped to design the new exhibition featuring the holographic “Ultra Rare Mirror Force” that Burr used to destroy Hamilton’s “Black Luster Soldier,” drop his life points to zero, and banish him to the Shadow Realm. The card was discovered within a binder at a yard sale held by a descendant of the Vice President and purchased for an undisclosed sum.

The 1st Edition Mirror Force, which is splattered with dirt and blood and received a card grading of “Heavy Play,” will be on display at the museum beginning next week alongside other artifacts from the duel, including Hamilton’s play mat and deck box.

Representatives from the Smithsonian say they expect attendance numbers to surge, and they have even decided to move other displays such as Ulysses S. Grant’s chair from Appomattox and Abraham Lincoln’s top hat into storage to accommodate the expected increase of attendees in the exhibition space.

American history enthusiasts say they are excited to view the card on display.

“I’m really excited to take my students to see the exhibit,” said Jason McDade, a Washington, D.C. high school history teacher. “I think a lot of my students can’t easily relate to historical figures, but seeing the exact Yu-Gi-Oh! cards they used during duels in their day-to-day lives can really humanize the founding fathers. I’m even planning an activity for the kids where we build our own version of Burr and Hamilton’s decks and recreate their duel in class. They’re all really excited about it.”

Milgrom hopes the new acquisition will eventually become the centerpiece of an entire new collection for the museum after they complete ongoing restoration work on a recently acquired assortment of 16th century Beyblades owned by colonial children.