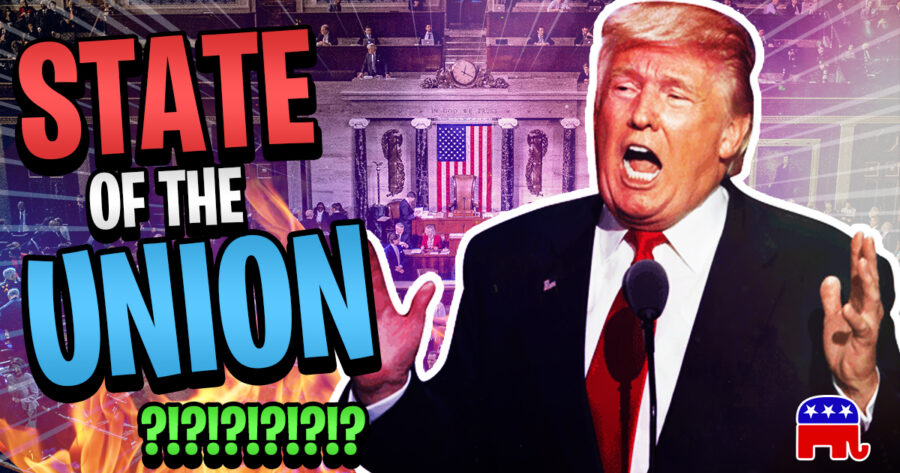 WASHINGTON — Republican strategists have announced they will upload the entirety of Donald Trump’s State of the Union address onto YouTube under the title NATIONAL EMERGENCY??? State of the Union 2019 OFFICIAL in an attempt to appeal toward younger demographics.

“After looking at YouTube thumbnails for thousands of Fortnite reaction videos, we have come to the conclusion that we can convince millennials about the greatness of trickle-down economics with just a few splashy graphics and some flames,” explained Senator Mitch McConnell to reporters. “For every one percent larger we make President Trump’s eyes in the image, that’s a thousand children who now support a wall along our Southern border.”

“Hopefully they convince their parents to open up their wallets for that,” McConnell said, “like they do for all those cosmetics and skins Ninja tells them to buy.”

Not to be outdone, Democrats in Congress have also employed new tactics to draw the support of young voters. Senator Chuck Schumer has confirmed that Stacey Abrams will be delivering a rebuttal to President Trump’s speech tonight on Twitch, doing commentary over the State of the Union as it appears live. Abrams has been live on the Democratic party’s new Twitch account for the last several hours going over talking points for tonight’s address.

“Wealth inequality has hit an all-time high in our country and it is becoming clear that in order to close the gap between the rich and the poor, we need a marginal tax on the extremely wealthy. Also thank you so much for the six month sub, OrangaTrump95, I am so glad to hear that you’re enjoying the stream,” Abrams said in her webcam video overlayed above a C-SPAN stream. “Why is everyone just sending ‘monkaS’ over and over again in the chat?”

At press time, Republicans in Congress were seen conversing with President Trump’s personal doctor to confirm if the President is in good enough health to lift his arms above his head in order to dab.