Ocasio-Cortez Given Speedrun Slot at DNC 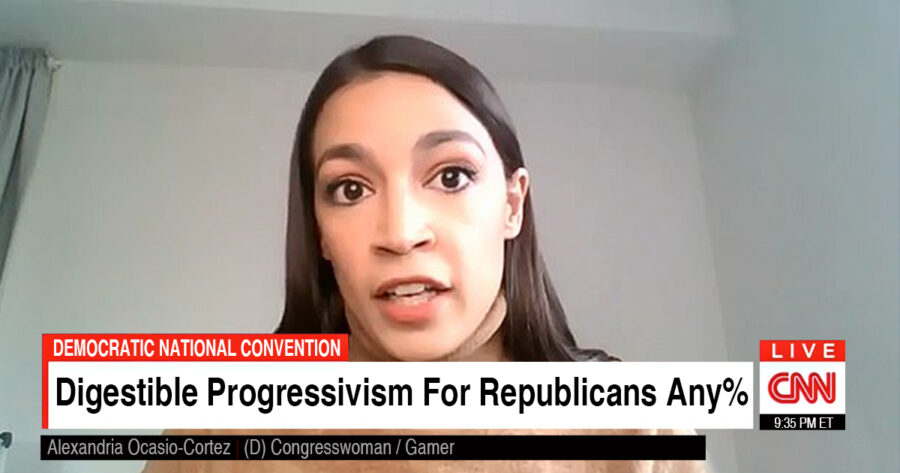 MILWAUKEE — The Democratic National Committee has granted Congresswoman Alexandria Ocasio-Cortez a “speedrun” slot at tonight’s convention to show off her skills in the Digestible Progressivism For Republicans Any% category.

“We’re very excited about having AOC at the convention and we’re all rooting for her to hit world record,” said Speaker of the House Nancy Pelosi. “We have encouraged Ocasio-Cortez to make good use of the Policy Skip technique that lets speakers save crucial minutes in their speech by not once discussing actual policies. A lot of supporters criticize Any% speedruns because they use glitches to skip what they consider ‘important’ parts of the speech, but that’s part of the fun!”

Despite Pelosi’s insistence on the importance of speedrunning speeches at the DNC, various other speakers have been given extra long spaces at the convention, including former Republican governor John Kasich.

“Everybody loves a good long play,” Kasich explained. “Our nation really needs to hear my message of unity in the time of Trump and that’s why the DNC is letting me just go off for, I dunno, three hours or so — until I get bored and feel like logging off — to repeat the same few platitudes over and over again. And I’m not editing it, either; people love to see the raw stuff. I’m even gonna keep me figuring out my microphone at the top.”

When reached for comment, we hung up on Ocasio-Cortez about three seconds into the call due to that being all the time we granted her for the interview.