How, I Dunno, the Fuckin Numa Numa Guy Led to the Formation of the Alt-Right 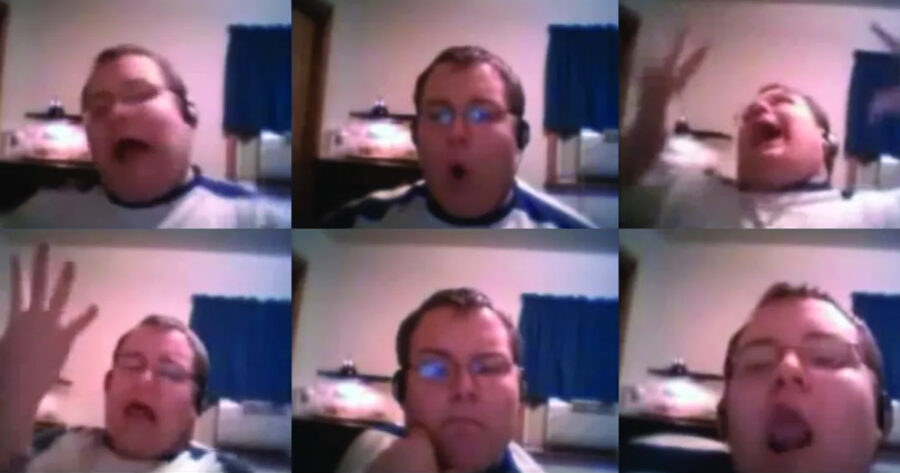 As the world plunges into the depths of irreversible climate change, protests against police violence break out across our country, politicians collect paychecks instead of making any sort of action, it’s more important now than ever to look at the rise of the far right population in the United States and ask ourselves: which piece of media from the early 2000s can we pin on this?

Well today we spent a few minutes coming up with some different contenders and decided to land on the Numa Numa guy from those old videos. That guy is the newest explanation for the rise of fascism in the U.S. We’re going with the fucking Numa Numa guy for today.

For those who don’t know, the “Numa Numa Dance” video was one uploaded to the internet by vlogger Gary Brolsma dancing to the song Dragostea Din Tei by O-Zone. A nerdy and chubby man, the video skyrocketed to success and became one of the first-ever viral internet memes.

But what if there was a darker side?

What if, after the viral success of the Numa Numa guy, the incels (don’t really know what this word means, to be honest) found solace in a new sort of icon? What if, realizing that their kind could find mainstream virality, they started forming groups on The Dark Web (also not really sure what this means) and began discussing their ideas? What if these incel ideas, circling in the drain pit of the internet, started getting worse and worse? What if these fans started calling themselves Numa Numa Guys (there is no evidence of this, as far we know)? Sure, it’s in another language, but what if the lyric that sounds like “numa numa yea” was a reference to politicians voting “yea” for dangerous far-right policies? What if the Numa Numa Guys sought to promote Donald Trump’s presidential bid in an attempt to further advance the ideology of the Numa Numa Dance video, which we now understand to be synonymous with fascism? Doesn’t “Numa Numa Guys” sort of remind you of the term “Proud Boys”? What if all of our problems and fears stem from this one 2004 viral video? Isn’t it nice to think that it could all be so simple?

That would be pretty fucked up, if true. And while there isn’t really anything that points to it being the case as of now, we’re looking to see if we can make the connections ourselves. And once we do that, we’ll finally put an end to the Numa Numa Guy scourge that is overtaking the internet and the world at large.

Because at the end of the day, confronting the alt-right seems really hard and scary. That’s why it’s so comforting to, instead, confront random pieces of media that we can pretend are the alt-right. Like our therapists said, sometimes you just need to solve the smaller problems before you feel ready to tackle the big ones. And besides, a click is a click and my deadlines to write these articles are only getting shorter.