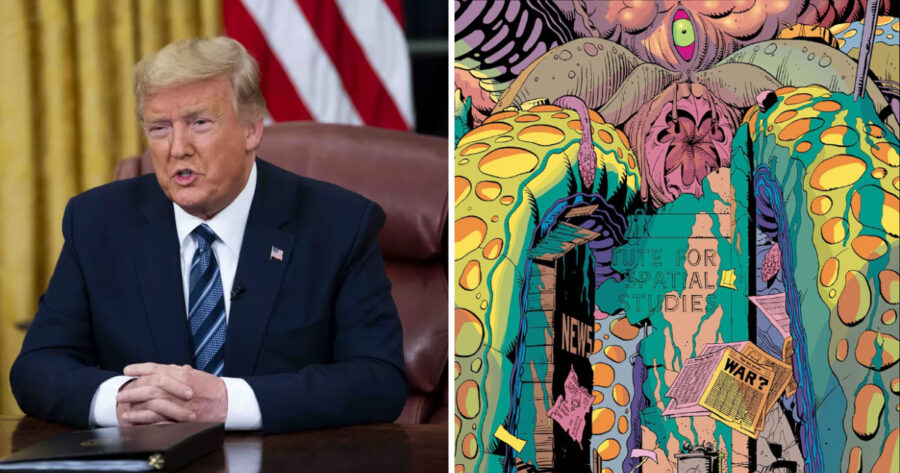 WASHINGTON — President Trump has announced plans to unleash a giant squid on each of the major cities in the United States in an effort to unite citizens against the COVID-19 virus.

“Folks, and here’s the thing, they’re going to be the biggest squids. The biggest squids you’ve ever seen. They’re gonna be huge squids!” President Trump said, addressing the nation with a panel of scientists. “People need to go back to work. We need people to come together and fight the virus so we can go back to work. And the best way to do that is with the giant virus squid. The virus created the squids, folks! We have to fight the virus squid.”

Experts have predicted that the giant squids will cause a death toll in the hundreds of millions, but may save upwards of zero lives.

“Do I feel bad about helping to engineer giant murderous squids and make it look like they were created by a virus? Absolutely,” said lead scientist Margaret Ward. “But I know that if I just try to make a vaccine, I’m going to get fired. So when the president isn’t looking, I’m working on the vaccine as much as possible. Then when he walks by my desk, I just alt-tab back onto some schematics for the giant squids and we’re all gravy.”

“I guess you could say I’m a secret operative inside the White House,” Ward added. “You said you’re with the New York Times, right? And I can stay anonymous?”

At press time, Trump was seen covering his entire body in blue paint and forcing aids to say he has a nice penis.