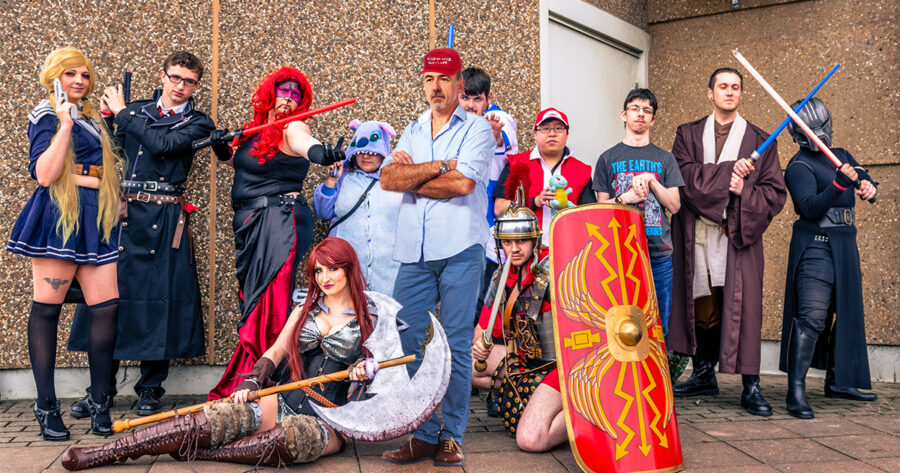 SCOTTSDALE, Ariz. — 57-year-old Trump supporter Greg Washburn found himself in unfamiliar territory last weekend, when he mistook a flyer for a local manga convention as an invitation to a ‘Make America Great Again’, or ‘MAGA’ rally.

Washburn thought he was walking into a pro-Trump rally as he entered the Maricopa Convention Center, but was surprised to find a much different crowd inside as the 6th annual Maricopa Manga Blast filled the convention center with several hundred manga and anime fans.

“I looked around at first and thought I was in the right place,” said a still baffled Washburn. “There were a lot of sad looking white males, and they were all wearing similar hats.  I thought, ‘these are my people!’ But that optimism faded quickly as I ventured further into the convention.”

“The further I walked into this place, the weirder things got.  Kids in goofy costumes, swinging fake swords around at each other and reading all these backwards gibberish books. Some little punk even called me a wee-ah-boo.  What the hell’s a wee-ah-boo?” an increasingly frustrated Washburn vented, according to close sources.

“I came here to shout at immigrants and maybe get a picture with Joe Arpaio, now I’m just pissed off and lost in this crowd of smelly kids, and I can’t even tell who’s a boy or a girl around here!” Washburn said as he sat down in the food court, wiping sweat from his brow. “How are we supposed to make America great again if all our damn kids are pretending they’re Japanese?”

Although Washburn didn’t have the weekend he expected, the convention did leave an impression on him after he went home.  “Some little nerd told me to check out Death Note, and it actually wasn’t half bad.  But don’t even get me started on that awful Netflix movie, they totally butchered it!”