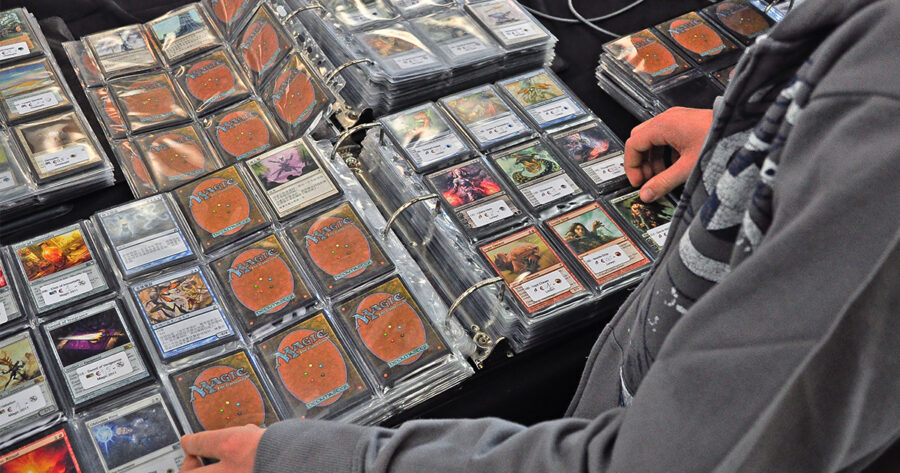 As you have no doubt heard by now, Bitcoin prices are soaring up to $18,000, making many early adopters very, very rich. Six years ago, when Bitcoin cost merely pennies, I was smart enough to do the research and set aside a few hundred dollars to invest.

I told myself I would invest all of it either in Bitcoin, or in powerful Magic the Gathering cards, sure to increase in value over time. It was a very difficult decision that would impact the rest of my life, for sure.

So if you know anyone who is looking to buy a powerful one-card combo deck based around the Magic card “Scapeshift”, let me know, because I’m looking to sell the entire thing.

We all make mistakes in life. Personally, I don’t think I really made one. Sure, I would have been filthy rich if I chose Bitcoin over Magic, but hey, those tournaments I played over at the local card shop were invaluable. And yeah, if I had invested all of that money in Bitcoin instead, at this point I could practically buy Wizards of the Coast outright, but… I wouldn’t know how to properly use my Chandra, Torch of Defiance, which, by the way, is included in my deck for $20 and that’s a terrific price.

I’m fine with the decision I made. A lot of my friends are bragging online right now about the millions of dollars they are making off of bitcoin and I’m sure it makes them feel pretty powerful. But you know what makes me feel pretty powerful? Sacrificing eight lands at once to Scapeshift to summon two Valakuts and dealing 36 damage to my now-rich-asshole friend Steven’s dumb Bitcoin face.

OK fuck it, I messed up. Ok??? I bought this deck 6 years ago for like $500 and now it costs $600!! Do you know how much fucking money that $500 would be in Bitcoin?! My friends all bought THOUSANDS OF BITCOINS and oh my god I have so much student loans AHHHH!!!!!

SOMEONE AT LEAST BUY THE LANDS — WHY ARE LANDS SO GODDAMN EXPENSIVE?!

OK OK I’m gonna be fine. I just need to chill the fuck out. I’ll go down to the shop and maybe I’ll cry a little bit and someone will buy the whole deck for $700.

And then I’ll take that $700 and invest it in 0.04 Bitcoin. This is all I have left, but I’m sure it’s gonna work. Plus, once that pays off, I can buy a shitton of HearthStone packs.