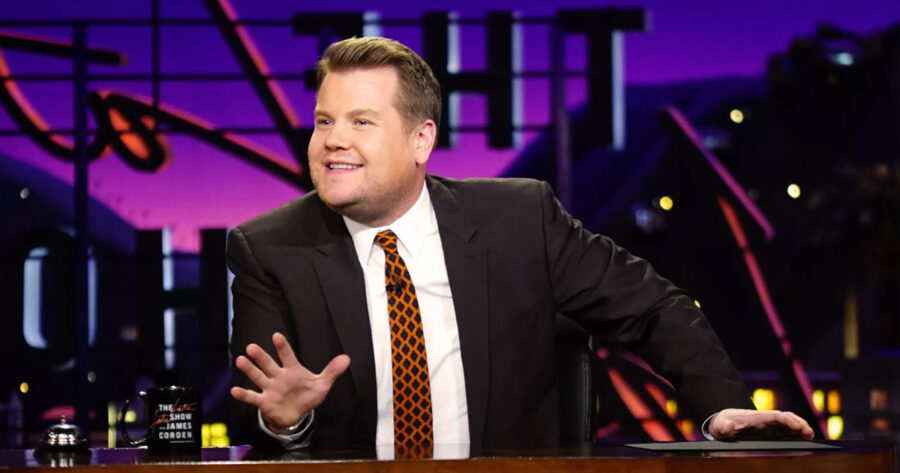 LOS ANGELES — Up-and-coming online celebrity James Corden announced to his YouTube subscribers last night in an update video that he has nearly enough money to quit his full-time job as host of The Late Late Show with James Corden.

“Being a comedian and making people laugh has always been my dream, and there’s no better place to do that right now than YouTube,” Corden said in a video he made at his usual job, a comedy show which airs on CBS nightly. “You can’t always follow that dream and support yourself financially, which is why I have been working at this dead-end gig for now.”

People close to Corden claim his road to internet stardom began four years ago, when he started recording funny videos at work with his friends and posting them to YouTube, in hopes that he would get his big break.

“In my darkest hour, I’m thankful to have found this unlikely source of support — you! My followers!” said Corden from his state-of-the-art studio at CBS Television City. “And also my large budget, dozens of production assistants, and the Hollywood contacts I’ve gleaned over the years from appearing in film, television, and theatre.”

While languishing at a job where his content was only available to the roughly 100 million homes with television sets, Corden realized that there was a huge market online for his quirky DIY videos of celebrities in cars, celebrities reading tweets from their phones, and celebrities answering questions while cracking eggs on their heads. The fact that advertisers latched onto his “fun little videos” was a “miracle,” Corden said.

“Now that I have almost 20 million subscribers, the money from sponsorships can almost pay my mortgages in Southern California and London,” he continued. “Soon, I can kiss this place goodbye.”

Despite his success, Corden was quick to thank others who made it all possible.