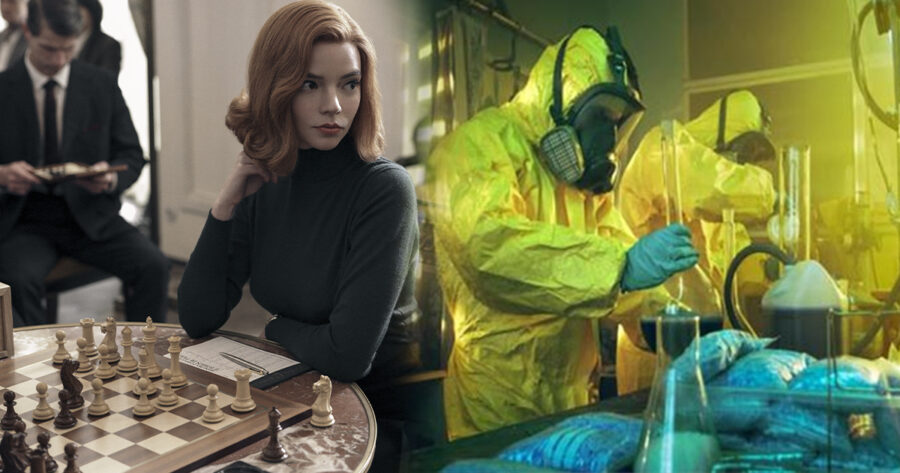 SEATTLE — A woman who seems inclined to take up the activities portrayed in the programs she watches has announced plans to start Breaking Bad soon, concerning her friends and family.

“Oh man, are we sure we should let Jennah do that?” asked Cloe Martin, after learning of her sister’s plan to start the show this weekend. “I mean, she got so into chess after The Queen’s Gambit. And that’s following short lived excursions into home makeovers, baking cakes, and about a half dozen other things directly related to her TV viewing habits. This could be bad news, everybody. Suddenly her Friends phase, where she insisted on meeting up at coffee shops and talking over everybody, doesn’t seem so bad in hindsight.”

Despite her apparent predilection for aping the things she sees on the screen, Jennah Martin was hopeful she would resist the temptation to partake in the methamphetamine use that factors so highly into Breaking Bad.

“I gotta be careful with this one, that’s for sure,” she said. “Or I could be out a little more than a 100 dollar collector’s chess set. I’m definitely scared, but this show is just supposed to be so good. And then I can watch Better Call Saul, assuming I don’t end up homeless by the end of the fifth season.”

Experts have warned that highly influential people ought to be careful when choosing which shows, albums, and films they consume.

“It can sound ridiculous to those of us privileged enough to not have to worry about it,” said Meryl Hawthorne, a sociologist at the Ohio State University. “But to a small segment of the population, a single scene can be all it takes to convince someone they should play the guitar or start a high-profile meth dealing operation. If people aren’t careful, it can be really, really dangerous.”

As of press time, Martin was in the hospital, after a rerun of Fear Factor inspired her to eat all the bugs she could find in her driveway.