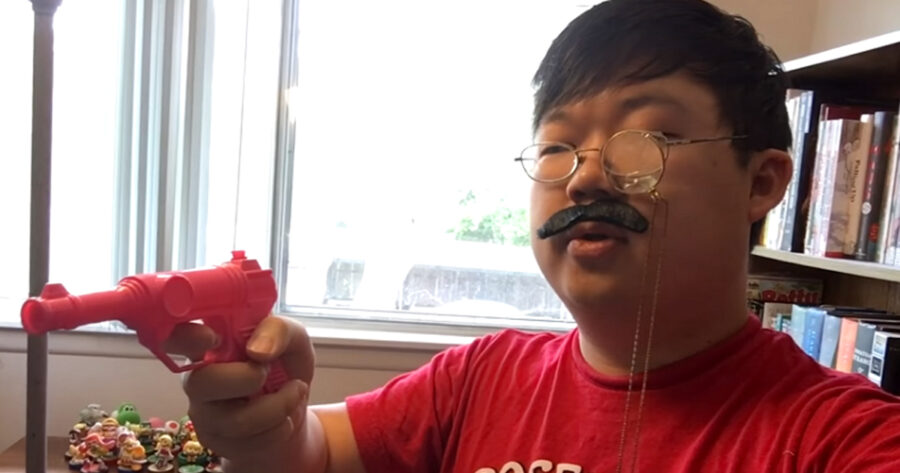 “It’s no secret that a lot of the biggest voices on this site are real pieces of shit and we all know what a red flag anime fandom tends to be,” said user Brett Stephens. “But this ProZD guy is a really outspoken anime fan and also a consistent source of genuine positivity. It’s pretty mind-boggling, honestly.”

“You just look at the thumbnails of his videos and you’re like ‘oh no this is gonna be awful,’” Stephens continued, “but then you click the video and you’re filled with joy. He’s a wizard.”

While many anime fans on YouTube express their fandom via paragraphs-long screeds and thinly veiled neofascist rhetoric, Cho creates short skits lovingly lampooning the medium and its tropes without a shred of negativity, something previously thought impossible by the YouTube community.

“It’s incredible, everything he does flies in the face of the algorithm,” said fellow content creator Adam Joseph. “Everyone is burning themselves out with these longform video essays to get advertising dollars, and he’s just knocking it out of the park with these pithy shorts infused with the pure unfettered joy of creativity. How the fuck is this possible?”

“Everything he touches just turns to gold and you can even be mad about it,” wrote user SmellsLikeTeenButtz. “You just see the happiness in his eyes and hear that silken voice of his and it just carries all the troubles away. I need to figure out how he can pull this shit off.”

Beyond his thriving YouTube career, Cho has further defied expectations set by other YouTubers by creating quality content off the platform with his roles in Rocket Jump’s “Anime Crimes Division” and Rooster Teeth’s “gen:LOCK,” neither of which contain a single racial slur or call to action for viewers to doxx someone.

At press time, YouTubers were shocked to discover the account of a video-creator they were sure would be cringy and low effort, Captain Disillusion.