Uhhh please don’t tell me the enemy army is right behind me…. 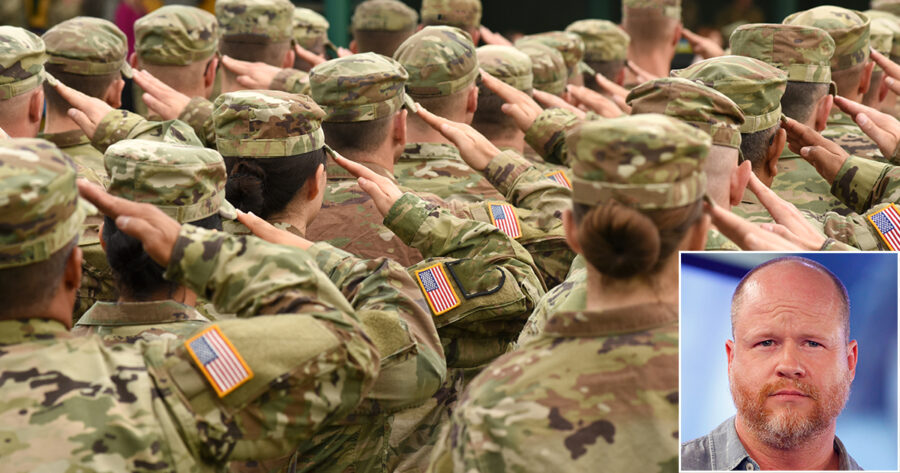 “We’ve been doing our best to start a third world war over the last few years, but if we’re serious about getting into a conflict with China, we absolutely need to make sure that our soldiers have the funniest MCU style one-liners,” said United States Secretary of Defense Lloyd Austin. “Quips are the height of combat technology, and we all know how well those movies do overseas, so you know that China is going to be extremely prepared to out-quip our soldiers. World War II was fought with guns and nukes, but World War III will be fought with ‘is that a thing?’s and ‘oh you’ve got be kidding me’s.”

“Our combat studies have shown that soldiers are fifty times more efficient when the rest of the troops stand back and say things like, ‘I’m glad he’s on our side’ while they’re battling it out with several enemies at once. We need to harness these witty one-liners and develop even sharper ones with the help of top notch quipsters like Whedon,” Austin continued. “We need to develop new ways of securely transmitting sensitive counterintelligence through sarcastic lines  like, ‘ugh, they have snipers now?’ while running away from fire. If we want to compete on the global scale — and even more importantly, if we want to justify rising defense budgets — we need to act on this now.”

According to those familiar with the situation, Whedon is just happy to get more work after years of inactivity.

“I totally get it — the troops can be so gloom and doom. They hardly ever reference old pop culture items when giving orders! If we’re going to have such a powerful military, they might as well sound like the Avengers” Whedon said, sticking his hands down his pants for some reason. “I’ve already done a lot of work for the military while I worked for Marvel, so it’s a totally perfect fit. I’m so excited to see how plucky and sexy we can make all our soldiers!”

At press time, Joss Whedon was fired for trying to have sex with every female general.