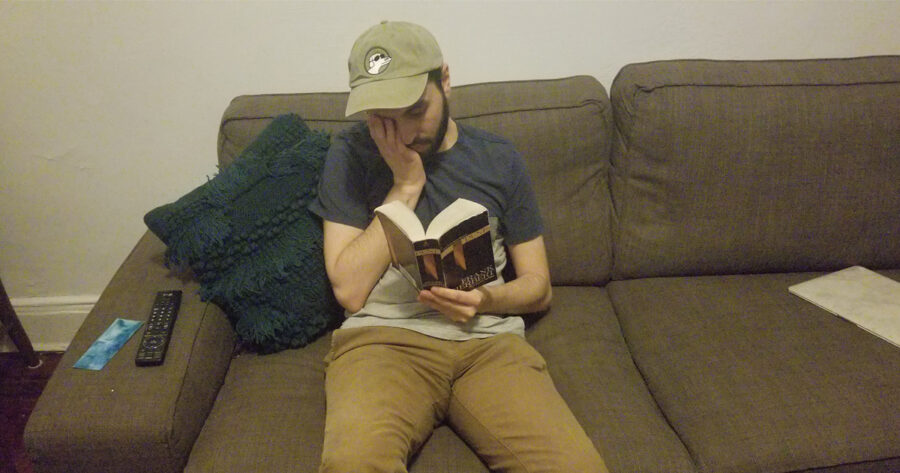 NEW YORK — Local science fiction enthusiast Miles DuBonnet is reportedly having an “alright” go at his sixth attempt to begin reading what is often considered the greatest science fiction novels of all time, Frank Herbert’s “Dune.”

“They don’t explain any of the made-up terminology and it’s like 800 pages long, but literally nothing happens for the first 200 or so. That’s what stopped me the first five attempts,” said DuBonnet to reporters. “This is supposedly the best ever sci-fi novel. And honestly, I’m really enjoying it. But holy fuck is it so hard to read.”

“I have devoted so many hours to this novel and I still have no idea what ‘spice’ is, despite the constant references to it. I just wish I could call up Frank Herbert and have the guy explain to me what he was trying to say because I refuse to read an online guide,” DuBonnet added, showing a complex diagram he had constructed of the different feudal houses and their various allegiances.

According to DuBonnet, one of the main reasons that he has continuously tried to complete the novel — other than the idea that he “should” be capable of reading a book that is universally acclaimed amongst a fandom he is an avid member of — is pressure from friends who have completed the book.

“Dune is my absolute favorite book of all time,” said DuBonnet’s friend Beth Kraushaar via private message on a popular science fiction message board. “I hated it the first time I read it and then after reading all six books in the series, I liked it a little more. Then I read the seventeen other books written by Herbert’s son and others and I was like ‘OK there’s a lot more to this Dune series.’ Then I reread the entire saga. Now I finally enjoy it!”

At press time, DuBonnet tried to watch the “Dune” movie but quit after fifteen minutes, admitting it seemed really cool but was “confusing David Lynch nonsense.”