Next Game of Thrones? My Hot Friend Bought a Sword 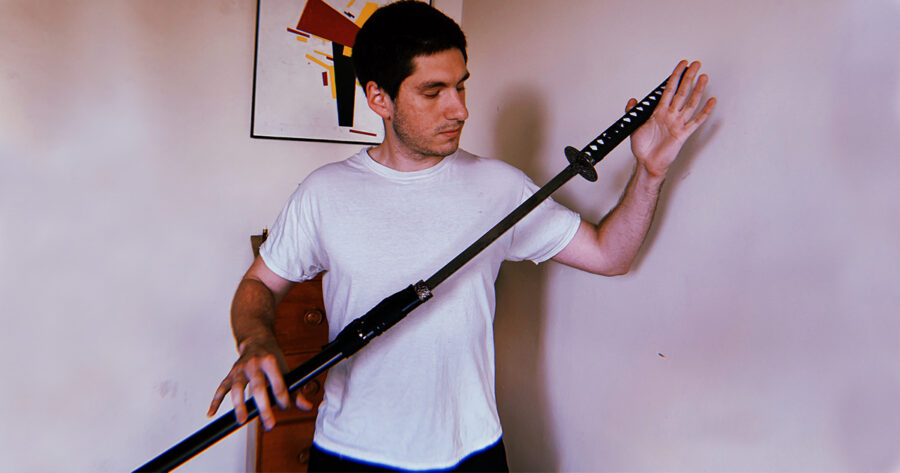 After the thrilling conclusion of the hit HBO show Game of Thrones left viewers decidedly enthralled and satisfied, the world is ready to take on the next sword and sandals adventure show. It seems like the nearly-identical Lord of the Rings show on Amazon and the Witcher show on Netflix are clear contenders for the *ahem* high-fantasy throne, but a new-comer has joined the fray. My hot friend Ben just bought himself a sword at local anime convention and he’s gearing up to be the next Game of Thrones for sure!

Granted, I have personally never seen Game of Thrones, but I’ve gathered some crucial information via word of mouth, twitter memes, and Wikipedia and it’s looking like my hot friend Ben is sure to be its successor.

Let’s look at the immediate facts:

As far as I know, that’s really all there is to the show! I never really got into Game of Thrones because I like shows that are a little bit different from the mainstream, but it seems like people go goo goo gaga over these big budget sword and sandals TV shows, so I’m really excited to see the world go nuts over Ben and his sick new katana.

Now, it’s certainly possible that Netflix’s Witcher will be the one to carry on the legacy of King Tyrion Lancaster and his band of merry men. And again, maybe it’s Lord of the Rings that will be the one to unite the seven realms under one magic dragon (seriously, Game of Thrones sounds wacky). But there’s no doubt that in the end, the Knight Watch who will be sitting on the throne is us: the viewers.

Game of Thrones may have opened the Hodor to high fantasy on our televisions, but Witcher, Lord of the Rings, Ben, and many others will be the ones who carry on the everlasting torch. The world has changed, making room for all sorts of awesome, cheesy fantasy schlock, and we’re all here for it!