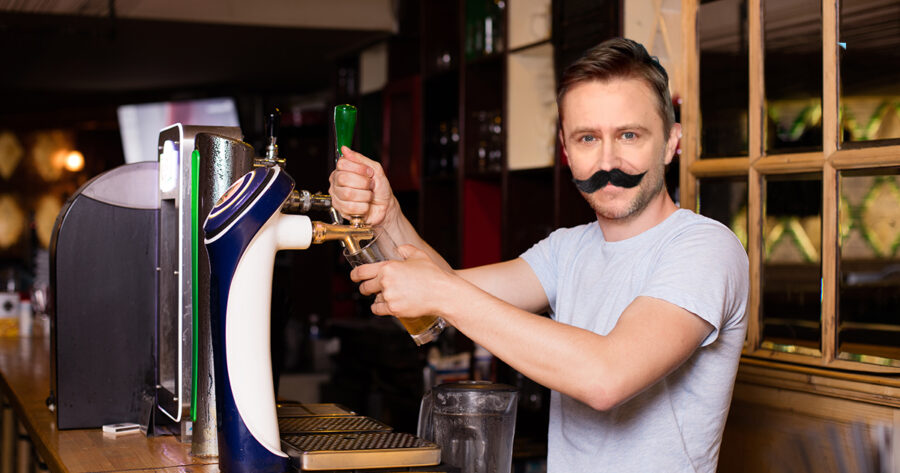 “This new guy Griff won’t shut the fuck up about random AMC shows,” bartender Derrick Muñiz told reporters. “I do not watch The Walking Dead, Breaking Bad, Better Call Saul or whatever. It’s like he’s so desperate to talk about it with someone and I could not care less.”

“At one point he was like ‘you should check out my podcast’ and then immediately said ‘wait, no, nevermind, I don’t have a podcast. I’m Griff now,’ and then just kinda stared into the distance,” Muñiz continued. “Extremely suspicious shit, but like, there was no chance in hell I was gonna listen to this guy’s podcast in the first place.”


According to those familiar with the situation, none of the employees at the The Joy Stick could find anything kind to say about their new co-worker Softwick.

“Everything about him is so artificial and weird. From the obsession with pop culture, to the random celebrity name-drops he mutters under his breath when no one’s listening, to the strange fake black mustache he wears on his face at all times,” kitchen chef Mary Strangfeld said. “I’m telling you, this guy gives me the creeps and it’s not just the fact that he is obviously hiding some past identity. It’s the fact that he interacts with us like he’s the book Ready Player One turned into a person.”

“It’s clear by the ridiculous Back To The Future replica DeLorean he drives to work that he doesn’t need the money as much as he desperately needs people to validate him through shared knowledge of nerd culture,” she added, “which he does by yelling ‘Points!’ and then disappearing to go cry in the broom closet.”

“Yeah I know it’s Chris Hardwick,” Morgan said. “I totally believe the sexual assault accusations against him. I think he’s gross, and I hate Donald Trump and all that, I’m a feminist. But I don’t know… when this all blows over, maybe I can get him to read my Star Wars spec script and he can help me get a writing gig.”