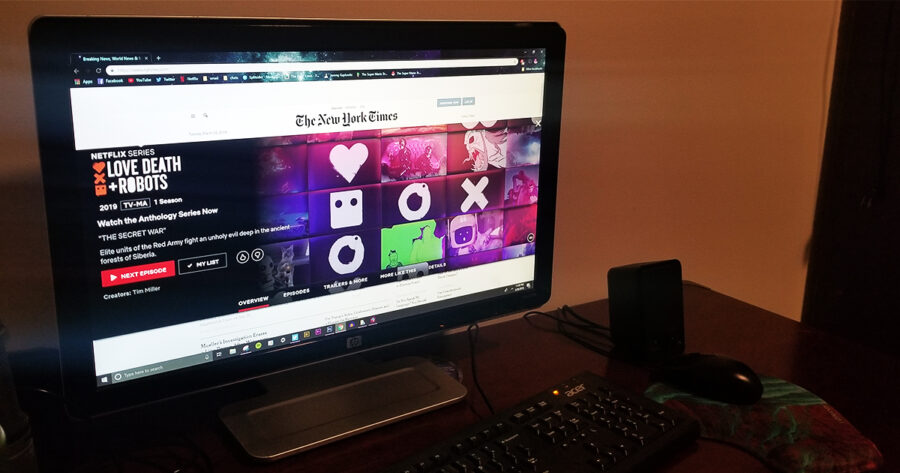 LOS GATOS, Calif. — Netflix CEO Reed Hastings announced today that the popular entertainment website will be implementing a new feature which autoplays trailers before you even open Netflix on your device.

“Our goal at Netflix is to give the people what they want, and what the people want is… More! Autoplaying! Trailers!” Hastings said to cheering fans at NetflixCon. “The number one complaint we get at Netflix is that when people scroll past a title on our app, occasionally it won’t autoplay a loud trailer that populates half the screen. Our goal is to end that problem.”

According to Hastings, the revolutionary new trailer technology will capitalize on the pages of data the company has on every Netflix user.

“Our algorithms are now so powerful, we can detect exactly when our users think about opening up Netflix to watch something. And right when they have that thought, boom: they’re getting a trailer for a Netflix original series,” Hastings said. “The very second they even consider opening up Netflix, their computer, phone, TV, and video game consoles will simultaneously be flooded by a gritty washed-out period piece or true crime docuseries. That, ladies and gentlemen, is the future of entertainment.”

Fans of Netflix were already praising the new feature at the convention.

“Whenever I think about clicking a movie I haven’t seen before, I won’t decide to watch it until I’ve seen a slideshow of images from it set to a generic song based on its genre,” said NetflixCon attendee Maria Thompson. “I wanted to check out Shrill the other day on Hulu and I was totally shocked to discover I had to click a trailer button. What a waste of time! How the hell am I supposed to know if I like it based on the image, cast, series synopsis, similar shows, and star ratings alone?!”

As of press time, you have approximately 15 seconds before this entire window is consumed by a loud video explaining the tragic backstory of Ricky Gervais’ character in the new Netflix show After Life.