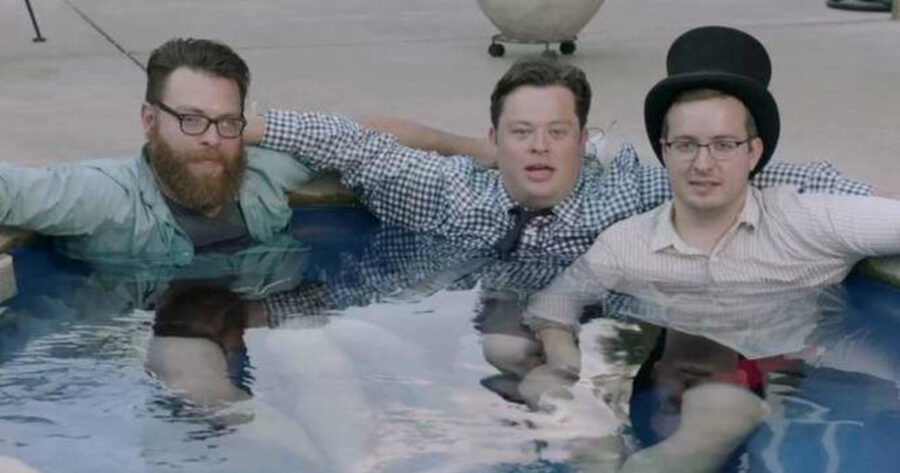 HUNTINGTON, W.Va. — Famous brothers Justin, Travis, and Griffin McElroy were not on a podcast, Polygon web video, Twitch stream, SeeSo show, or viral Vine clip for a record-breaking fifteen minutes this morning, marking the first time in seven years that the brothers’ voice and/or appearance were not captured by recording devices, according to close anonymous sources, although reporters cannot confirm without any recorded evidence.

After all three realized that no McElroy had been recorded for a spectacular fifteen minutes, despite each living in a different city, the brothers jumped onto the microphones to record a special episode of My Brother, My Brother, And Me entitled “Fifteen Minutes of Pain.”

“I just need some goddamn peace,” said Griffin McElroy, who was listed in the prestigious “30 Under 30” by Forbes Magazine in 2017, in the podcast recorded just after the fifteen-minute break. “The entirety of my life — with no gaps — is available to be streamed on the internet by patching together different types of content. That’s a hard way to live. I have a family! Which, of course, our viewers know from the separate podcasts I have with them.”

“Justin and I have been recording Monster Factory videos for years, but along the way, we realized that the most grotesque monster of all… is the internet’s desire for never-ending content,” McElroy added, shuddering.

Fans of the McElroy brothers were not pleased to discover that fifteen minutes of their favorite brothers’ lives were lost to time without being saved to the internet.

“Hopefully this is all part of a promotional stunt for season 2 of the TV show,” said Sarah Lazarus, in one of thirty-five McElroy appreciation and shitposting Facebook groups she is in. “I have loved every single second of the McElroy brothers’ lives. They are my version of The Truman Show.”

“Well, except for some of the early episodes of MBMBaM that I have disowned for being a little too mean,” she edited into her comment after reflection.

At press time, the three brothers looped in their father Clint McElroy for an episode of The Adventure Zone, where they roleplayed in a fantasy setting, exploring what it would be like to live their lives with one full hour of not recording themselves.