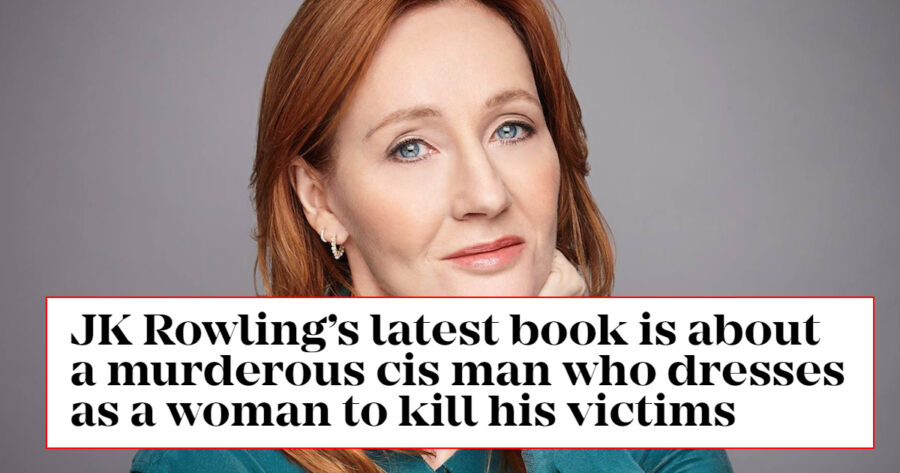 LONDON — Harry Potter author JK Rowling has announced that her next novel, about a cisgender man who dresses as a woman in order to murder them, will move away from high fantasy and will instead be her first edition in the personal fantasy genre.

“I spent a lot of time working with existing fantasy tropes in Harry Potter, but I wanted my next fiction novel to be a concept that was entirely of my own creation,” Rowling explained. “The idea of a cis man pretending to be a transgender woman in order to attack cis women has been a personal fantasy of mine for years. As a writer, I think if there’s an idea that has been rattling around in your mind for so many years, that means it’s probably a good one to expand into something larger. This idea has definitely been in my head for a long time.”

Rowling’s fans quickly weighed in on social media once the new book was announced.

“I think it’s really cool that Rowling is expanding the type of novel she writes,” said fan Carly Johnson. “A lot of people teased her for being a bit too precious with her characters — like that famous meme of her and George RR Martin — so I like that this next book is a true crime novel. And in perfect true crime fashion, her newest book actually opens with a murder: her own career.”

At press time, IT Crowd creator Graham Linehan announced he would be adapting the novel into a sprawling fantasy television series, despite multiple networks’ insistence that this is not true.