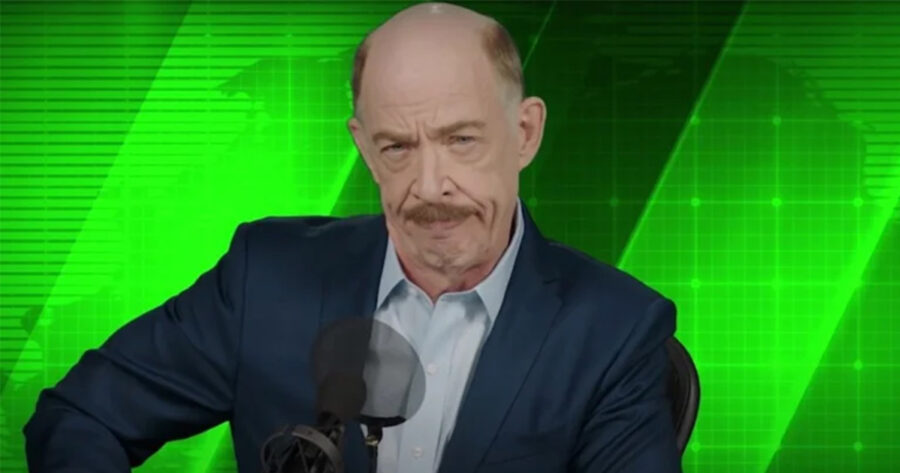 NEW YORK — The Daily Bugle Editor-in-Chief J. Jonah Jameson declared that Spider-Man, and his new film Spider-Man: No Way Home are the biggest cause behind the outbreak of COVID-19 variant Omicron around the world.

“Folks, I’ve said it before and I’ll say it again: Spider-Man is a MENACE!” Jameson said at the top of his show. “The only thing super about him is how much he’s spreading this virus with this poor excuse for a home movie! Never doubted Scorsese for a second! The blood from every single death from the Omicron variant is on Spider-Man’s hands, just like the deaths from Delta and the deaths from the Vulture. Why people are even lining up to see a movie supporting a mass murderer is beyond me!”

Despite previously alleging the entire pandemic was a hoax made by Hammer Industries, Jameson displayed a newfound fervor once learning about how many people were buying tickets to see Spider-Man: No Way Home.

“No one has taken the threat of the recent Omicron variant as seriously as I have. It’s something we need real, hardworking heroes to be vigilant about, like newspaper editors and television hosts,” Jameson said before pounding his fist on the desk. “But what does this so-called vigilante do? Invites everyone over to watch him defile the beautiful streets of New York with his disgusting germ-spreading webs. And even worse, he depicted me in his horrid film as BALD! Something he will be hearing from my lawyers about.”

Jameson then took his views even further, implying a more sinister motive behind the wall crawler’s agenda.

“The movie’s all about how Spider-Man brought in a bunch of criminals from other universes. Who’s to say he didn’t outright bring the Omicron variant?!” Jameson said. “He’s so quick to FALSELY point out that I funded the research to create the Scorpion, when in fact he may have been working on something much deadlier than a thug in a green can opener. This wall crawling MENACE is trying to turn the magic of cinema against us!”

At press time, Jameson put his head in his hands, lamenting that once upon a time, all he wanted was more pictures of Spider-Man, but now, he had seen more than enough of New York’s most notorious villain.