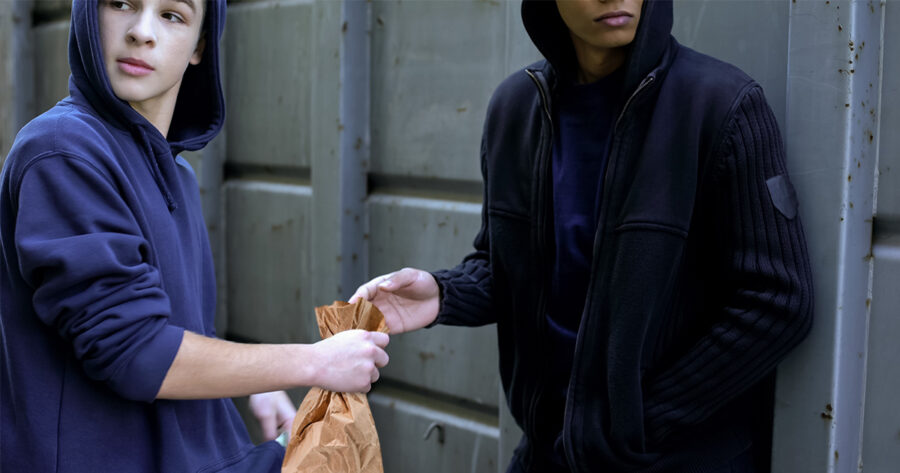 CHICAGO — Local Rick and Morty fan Kris Robinson reportedly picked up a copy of the newest episode in an alleyway to make sure no one could see him.

“You got the toon?” Robinson, donning a black hoodie to hide his identity, said to the Rick and Morty dealer before sliding him a twenty dollar bill. “Are you a Twitter cop? You have to tell me if you’re going to post about me liking Rick and Morty, it’s the law. I can’t have anybody find out about this shit, man. I can’t go back to social prison.”

According to experts, many Rick and Morty fans are being forced to consume the newest season of the show in isolation out of fear of discovery.

“Rick and Morty fans are afraid of being found out and it’s making their consumption even more dangerous,” said psychologist Dr. Jess Castillo. “We need to end the social stigma on watching Cringe Television so that fans feel safe enough to do it out in the open — where we can get them help.”

“I’ve had so many patients succumb to the wubalubadubdubs,” Dr. Castillo continued, putting her head in her hands. “If only I had known sooner… I could have introduced them to a nice wholesome sitcom like Young Sheldon.”

Roommate sources close to Robinson say that after receiving the Rick and Morty package, he then closed all the blinds in his bedroom and watched the episode alone with headphones on.

“He says he’s one of the ‘good fans,’” said a roommate of Robinson’s who wished to remain anonymous. “I don’t know, I dabbled in BoJack Horseman a little in college, but I try my best to stay away from that kinda stuff now that I’m an adult. It freaks me out to think that someone could have a kid one day and still be watching adult cartoons. It’s just irresponsible.”

“I know people it’s just the bad fans that make everyone else look bad,” they added, “and that some people can get into stuff like Rick and Morty without it being a problem. I don’t work like that, so I stay away.”

As of press time, Robinson admitted that he actually feels a lot more comfortable watching and discussing Rick and Morty if he gets absolutely blasted, just totally high out of his mind.