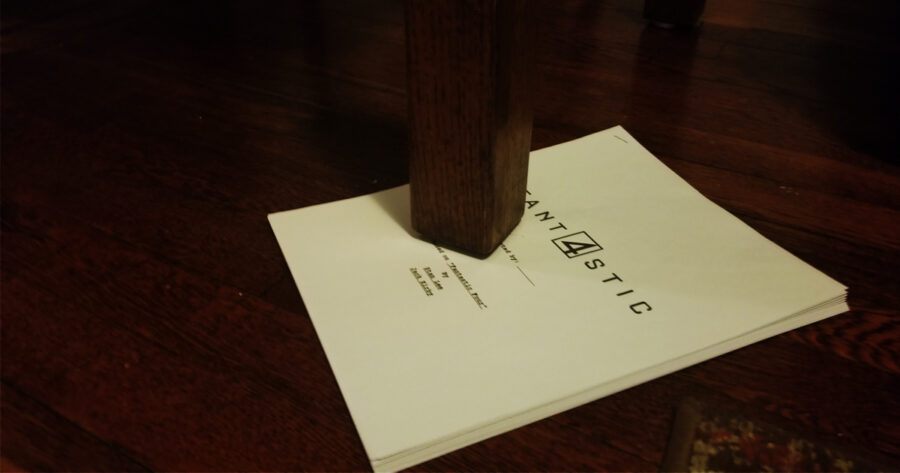 The script is reportedly a reboot of the franchise, after the the last several Fantastic Four movies under-performed both critically and financially.  Fans are being reassured that the new vision of the series will handle the beloved Marvel team with more respect than those previous versions.

“Trust me, these characters are going to be put to much better use than they have in the previous films,” said Disney CEO Bob Iger. “Fantastic Four fans will be thrilled to know that Stretchy Man, Rock Guy, Hot Boy and Gone Girl are protecting countless soy chai lattes from tipping over and soaking my $10,000 rug.”

Disney has tasked David Hellerman, an intern with no previous writing experience, with penning the new screenplay for the film.

“They pretty much told me to go nuts and write whatever I wanted,” Hellerman said as he loaded a copier with paper.  “I actually show up in there and hook up with Sue at the end. I mean whatever, there’s literally no chance this thing is ever getting made.  So much shit would fall off that table if we ever went into production.”

Early drafts of the script were reportedly a few centimeters too short to perfectly balance the wobbly coffee table, so rewrites were ordered to add several pages and beef up the thickness of the script.

While it’s unclear whether the Fantastic Four will see the screen again anytime soon, Iger did offer a glimmer of hope for fans.

“I’ve got a bunch of uneven tables and chairs at my house that are just dying for a few spin-off scripts,” he said.  “And we really should find something for Chiklis to do.”