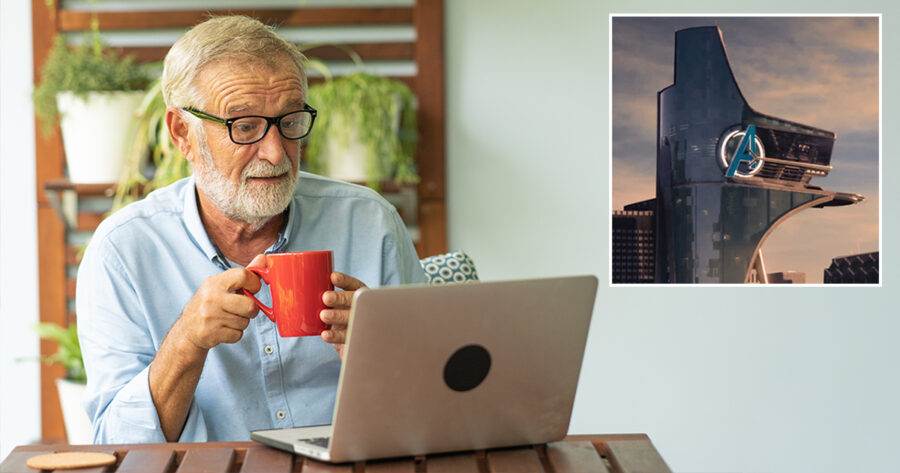 COLORADO SPRINGS, Colo. — Local father Dean Atkinson accidentally clicked a phishing link emailed to him that claimed it was an invitation to join fictional superhero team The Avengers.

“Son of a gun!” said Atkinson, excitedly putting his credit card information into the response email, as requested. “It says here that as soon I pay my entry dues, armor bill, and cash handling fee, I’ll be first in line to be among the next recruits to The Avengers! You know, I’d never really thought about it, but I might be a pretty good Avenger. Do you think they need an HVAC guy?”

According to a viral Tiktok video from Atkinson’s daughter Renee, the email was very clearly a scam link.

“It literally said they saw a video of him and wanted him to become a superhero because he had the skills and the heart for it. What the fuck? How is my dad so dumb?” said the video, which was streamed over 16 million times. “I swear to god this is almost as dumb as the time my mom almost divorced him because she thought she was in a long distance relationship with Keanu Reeves.”

“I feel so bad about this, it hurts me to know that we got this man’s hopes up that he could join The Avengers. Unfortunately, and this pains me so much to say, but The Avengers do not exist in the real world,” Feige explained. “If The Avengers really did exist — and again, I would do everything in my power to make sure they do, if I could — I would be happy to have Mr. Atkinson join the team. I mean, hell, we have Hawkeye in there. It’s not like it’s that hard to join.”

As of press time, Atkinson hadn’t been seen for three days after reportedly entering a sketchy van driven by a man who claimed to be Tony Stark, but didn’t even have a goatee.