Bran Stark Looks Into Future, Spoils Game of Thrones For Himself 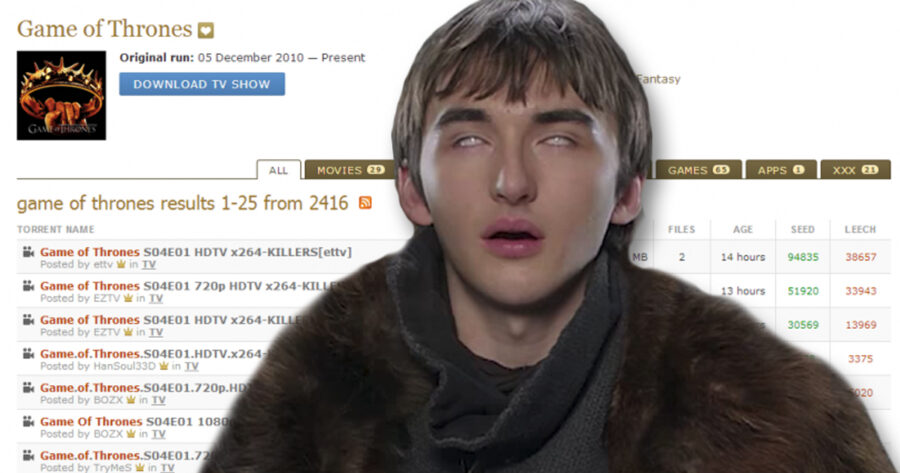 WINTERFELL — Noted greenseer Brandon Stark leaked the future of his family’s story to himself much to his own dismay on Saturday night.

Bran Stark, who was able to watch the entirety of Westeros’ future through what is called the “Weirwood Torrenting Network”, says that he wishes he had just waited to see what happened when it came out in real time.

“It’s cool to see the future of the whole world but I really wish I hadn’t binge watched it,” said Stark. “Plus watching it that way isn’t in the same high definition quality as seeing it the way it was actually intended. So I don’t feel like I even got to enjoy as much as I would if I had just waited for the events of my life to catch up to me.”

The maesters at Oldtown speculate that more greenseers are leaking future details more than any other time in Westerosi history.

“Maesters around here, who generally don’t even watch the main events of Westeros, are reading summaries on scrolls from ravens and going around spoiling it to their friends,” said a concerned maester. “The ‘ravensphere’ is abuzz with all sorts of spoilers.”

Despite ruining so much of his own future, Bran Stark admits that he wishes he could find more info to confirm some of his fan theories about his friends and family. That being said, the Old Gods are cracking down on greenseers.

“I’ve been trying to access the Weirwood Net but, ever since the Children of the Forest were attacked by the Night’s King, it has been so hard to find seeders,” said Stark.

At press time, Stark stated that he was being contacted by a large shadowy figure calling himself “George RR Martin” with questions as to how the “series” ends.