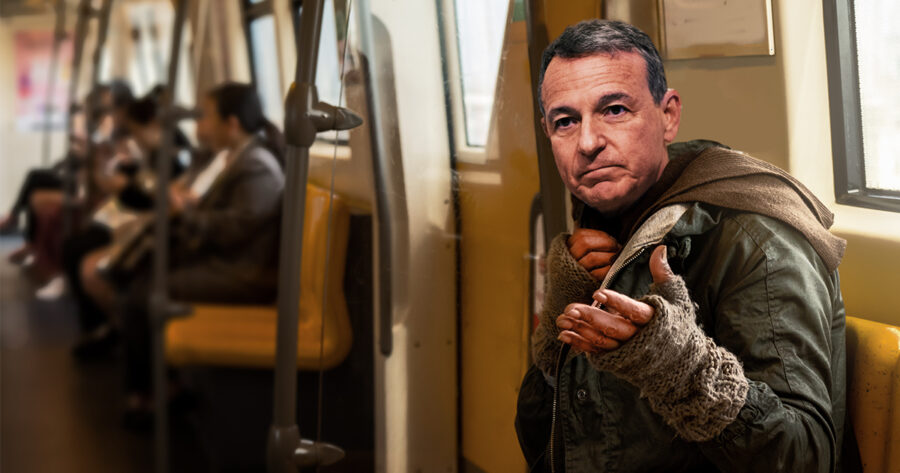 NEW YORK — CEO of the Walt Disney Company Bob Iger was seen panhandling on the New York City subway this morning asking passengers for an additional $50 million so that his film Avengers: Endgame could surpass Avatar in the worldwide box office records.

“Hello ladies and gentleman, I just need a few minutes of your time,” sources report that Iger said, walking through subway cars. “I’m just asking if, out of the kindness of your heart, you could spare $50 million to help my movie beat my other movie in the box office. Anything you can offer will help me a great deal, whether it’s only $25 million or even extra Avengers footage I can put together into a new theatrical release of the film.”

According to sources from within Disney, the company has been doing everything they can to rally fans together and crowdsource the remaining few million dollars to help the film land on its feet at the top of the total worldwide box office gross list.

“We’re doing everything we can to scrounge together a few bucks for Avengers:Endgame,” said Kevin Feige, dressed in an off-brand Iron Patriot costume in at Times Square. “The entire cast of the movie has been doing a great job break dancing on the L-train in between Brooklyn and Manhattan. Jeremy [Renner] is terrific at the little hat flipping thing, which has thankfully brought in around $10 million all on its own.”

“If everyone can just help us pull through this tough spot, it would really make such a difference in our lives,” Feige continued before putting on his plastic helmet to take a photo with a tourist.

As of press time, Avengers: Endgame still had only some clothes, an old cellphone, and $2.755 billion. If you want to help the Disney population in New York, please donate to your local AMC movie shelter.