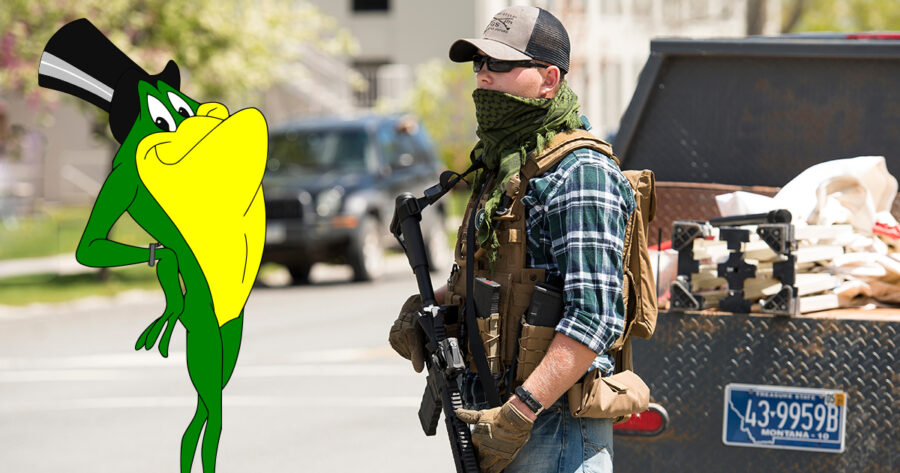 “I don’t know what the deal with this Governor Michigan is, but all the sudden he ain’t talking,” said alt-right militia member and down-on his-luck-vagrant, Russell Hughes. “I swear to God he was singing and dancing about how we all need to wear masks, but as soon as we tried to show the media, he shuts up! We look like a bunch of damn idiots!”

Fellow cartoon character Foghorn Leghorn was reportedly upset that his friend Michigan had been kidnapped.

According to those familiar with the situation, former Chicago resident Michael Jordan has not kept up with the various cartoon characters he worked with on Space Jam.

“Hey man, it was just a job for me. I’m not keeping up with Taz, or whatever. Plus, I was pretty fucking faded that entire production,” Jordan explained. “I did date Lola Bunny for a few years, but fuck, man, that did not end well. I can’t even see my weird, fucked up half-Jordan, half-bunny kids anymore. I lost those little freaks in the divorce.”

At press time, a bunch of alt-right militia members were seen with small cups trying to kidnap Lake Michigan one glass at a time.