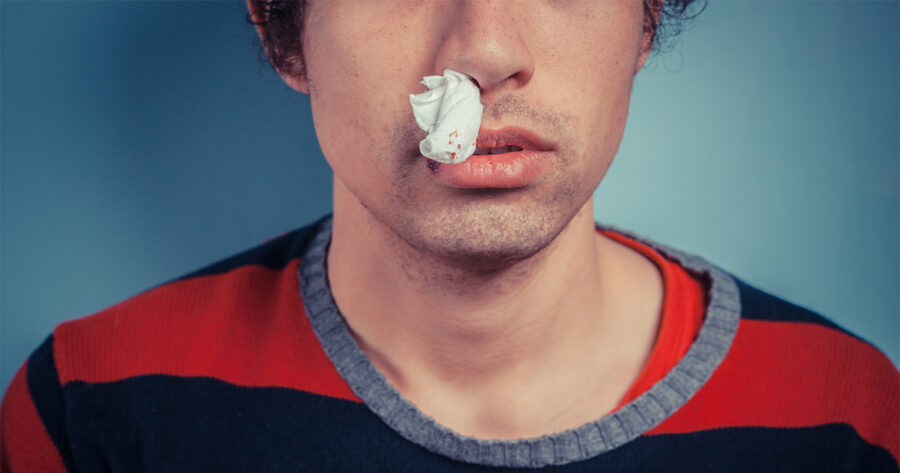 BERKELEY, Calif. — Middle-aged anime fan Nick Klempf has accepted that at this point in his life, he no longer can produce nosebleeds without the help of his Viagra, according to sources close to him.

“When I first got married, I never had this issue. Just the thought of my wife Laurie would make my nose gush out like the Niagra Falls of blood,” Klempf told reporters. “Then one day, I was shocked to learn I could not make my nose bleed. I wanted to satisfy my wife in the bedroom.”

“Nothing kills one’s sex life like a dry nose. The embarrassment would cause red markings on my cheeks and my pupils to turn white. I had completely lost my confidence,” Klempf explained.

“I would yell as all these lines projected from my face. I would leaning forward with a vein popping out of my head and jaw stretching out then give him a slap,” Cole said. “I have grown to understand it was not my fault.”

After talking to a doctor, Klempf was told that this is not an isolated incident in the aging anime fan community; it is more common to receive fewer nosebleeds as anime fans reach their 40’s.

“Ever since I started taking Viagra, I’ve found my love life has not only come back, but has become better than ever. I now hemorrhage blood all over Laurie every night like all of the characters I look up to in my favorite shows,” Klempf explained.