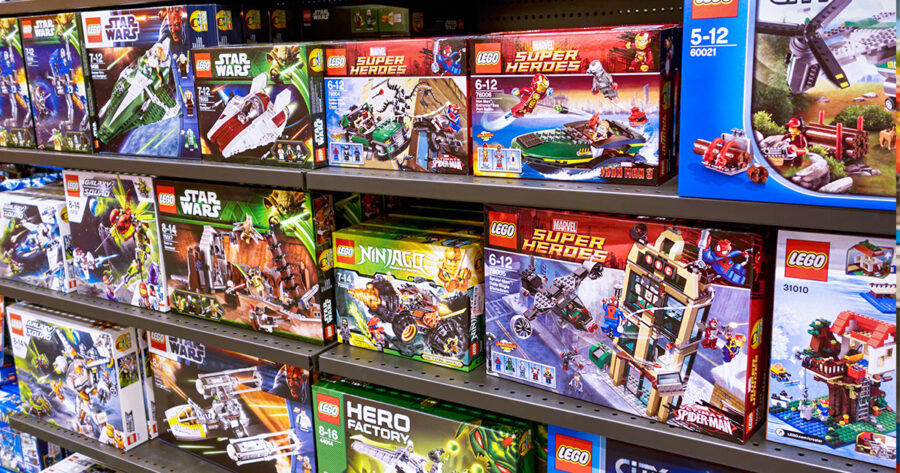 “I just thought I spotted some reasonably priced detergent,” said McGrath, eyes still locked on a kickass LEGO AT-AP Walker. “Sometimes people misplace a box of detergent in the toy section or something, y’know? I’m a savvy shopper. I like to look down every aisle, examine every box. Even the ones that say ‘Star Wars’ and have those dope clone trooper minifigs on them. You never know where you’ll find a good deal on the essentials.”

McGrath’s girlfriend, Daniella Nunes, reportedly encouraged McGrath to buy a “little something for himself,” prompting him to solemnly purchase a 3-pack of plain black beer Koozies.

“I don’t know how to tell him to just buy the damn toys,” said Nunes. “Our Amazon search history is just, like, ‘star wars lego,’ ‘lego for grown-ups,’ and ‘star wars adult lego cheap.’ I mean, I tried getting him some LEGOs last Christmas but he pretended to donate them to Goodwill. They’re still hidden under the kitchen sink.”

Jackson Grenier, 12, a LEGO enthusiast and one of several witnesses, claimed to have spotted McGrath glancing down the LEGO aisle on “like, a million” other occasions this past year.

“Yeah, that guy is here all the time,” said Grenier. “Sometimes when he’s not with his girlfriend he’ll just stand there for hours. One time one of those Target ladies had to check on him ‘cause people thought he was, like, stroking out. Turns out he’s just a weird loser.”

At press time, McGrath was gently cradling Target’s demo Switch, desperately clinging to the fantasy that it was, in fact, his own.