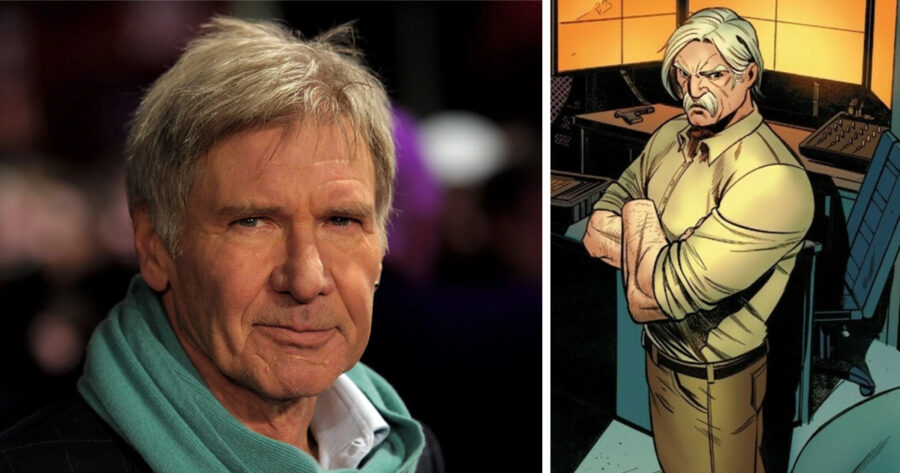 LOS ANGELES — Following the announcement that Harrison Ford will be joining the MCU as the new actor playing Thunderbolt Ross, Ford confirmed through representatives that he is “excited” to reunite with his castmate, a green screen.

“Ueegh. What is it? I have to talk to you?” Ford said about his new role in the Marvel Cinematic Universe. “Oh yeah, I guess what I’m looking forward to most is using one of those green screens again. They sent me one when I did that last Star Wars movie because I said I wouldn’t go to set. They set it up in my living room for a bit and then I just read from a teleprompter, so that’ll probably be how it goes down for this one too. Maybe this time it will be blue, I don’t know.”

When asked if we would see the transformation from Thunderbolt Ross to Red Hulk in any upcoming MCU movies, Ford said, “Red who? We’re not filming in Brooklyn, are we?”

Ford’s PR representatives clarified that Ford cannot specify whether or not his character would be making the iconic transformation into Red Hulk at this time, however.

“Mr. Ford is very passionate about the history of the Marvel characters and would love to say whether or not he will play Red Hulk in a future film, a character he holds near and dear to his heart, but obviously cannot right now,” the representative explained. “But Mr. Ford is extremely excited to be a part of these movies. Every day he calls me up to tell me that he just loves the MCU, and is so honored to be a part of its incredible cast of characters and legacy of film. He is excited to work with green screen technology again, yes, but he’s also excited to spend time with his human castmates as well, many of whom he feels are as close to him as his own family.”

At press time, all interviews with Ford ended when the actor stood up and walked out of the room mid-question.