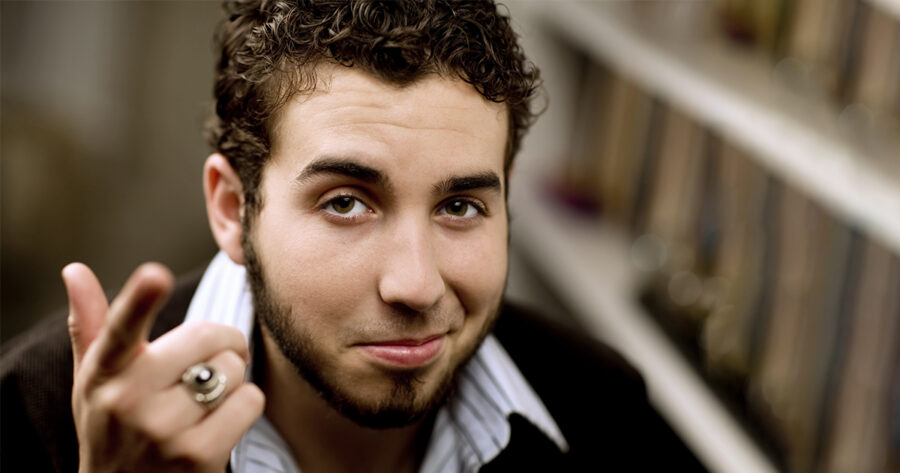 BELLEFONTAINE, Ohio — Local misanthrope Scott Dempsey was surprised to discover earlier today that his favorite sarcastic one liner about “hating everyone equally” is a mutual feeling shared by everyone else back at him.

“I have to say, when I made that silly post on Reddit about not being racist because I hate everyone equally, I really wasn’t expecting to get that bounced right back at me so quickly,” said Dempsey, taken aback by the immediate inflow of downvotes to his posts and follow-up comments. “I was at least expecting to get a little of the ol’ gold for my troubles for sharing such a witty line with the crowd. Can’t anyone take a joke these days?”

Dempsey’s fellow Redditors were not quite as amused by his line as he was.

“We all know that he was kidding, but what we really hate about him is that he’s a trite hack who makes the same joke in every comment thread,” said fellow Redditor Lisa Johnson. “Whenever there’s a discussion about racism, sexism, homophobia, transphobia, xenophobia, or pretty much any other phobia, he always shares the same hilarious joke. We’ve had enough. If he’s going to claim to be the world’s biggest bigot, then we’re going to play along and treat him as such for hundreds of angry replies. There need to be consequences.”

Moderators on Reddit have actually noticed what a positive effect the community’s shared hatred of Dempsey has had.

“Because he’s such a consistent commenter on threads that set him up to make that stupid joke, it’s actually become a real morale booster for users to complain about Dempsey’s posts”, said r/FuckScottDempsey moderator Calvin James. “I’ve heard several stories about people making friends and starting Discord servers because they bonded over hating how often that guy showed up in comments to trot out that dumb fucking joke. It’s great to see people connecting online even if it’s just to shun an asshole together.”

At press time, a sleuthing Redditor discovered through some of Dempsey’s problematic early posts that his ‘equal opportunity’ bigotry was actually just the regular kind.