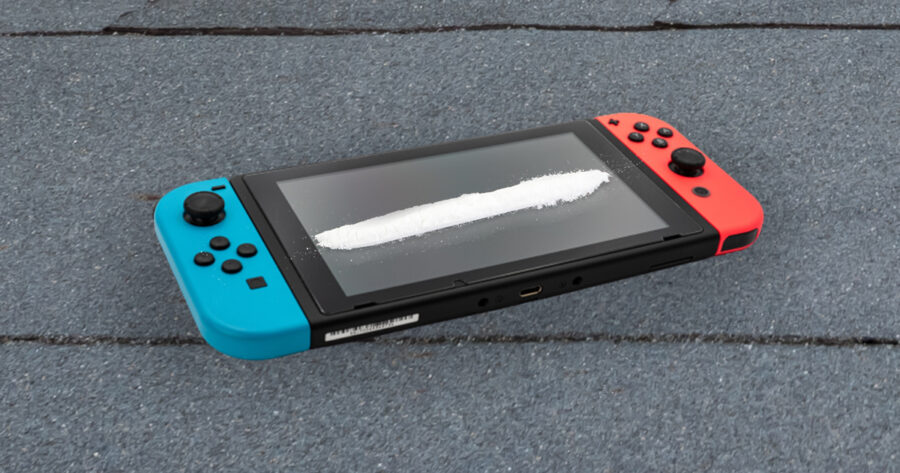 BROOKLYN, N.Y. — Gamer Brian Kology was disappointed after his attempt at livening up a rooftop party by bringing his Nintendo Switch along resulted in everybody snorting cocaine off of its surface.

“I don’t normally get invited to these kinds of things, so I really wanted to make a good impression,” said Kology, who moved to the city last year and has yet to find a new permanent social circle. “I figured I could kick things up a notch by bringing the Switch, you know, make it a night we’d never forget. Within five minutes, I realized that this would be a night very few people remembered. You know, because of the copious amount of drugs.”

According to those familiar with the situation, while Kology was attempting to explain the rules of Overcooked to some disinterested partygoers, someone grabbed the Switch from his hands and declared that the party had officially started.

“That dude’s fucking dope,” said one guest who was clearly under the influance of multiple substances. “ Anyone who brings a specialized cocaine mirror to a party is clearly a fucking monster. That thing even lit up, bro! I hope I get to party with him again.”

Despite the warm reception and overall increase in party morale, Kology was livid about the turn of events.

“I thought maybe they were playing some Mario Kart in the bathroom,” said a despondent Kology. “But, I guess they’re all interested in a different kind of speed. Cocaine getting into the guts of it is almost certainly going to cause joycon drift. This party sucks.”

Kology reportedly left the party after getting excited because he heard someone yell that they wanted to play Smash, realizing a moment later that they had actually yelled that they were looking to “get smashed.”