Which Xenoblade Chronicles 3 Classes to Play

Don’t let Xenoblade Chronicle 3’s massive amount of classes overwhelm you; check out this guide for all the info you need! 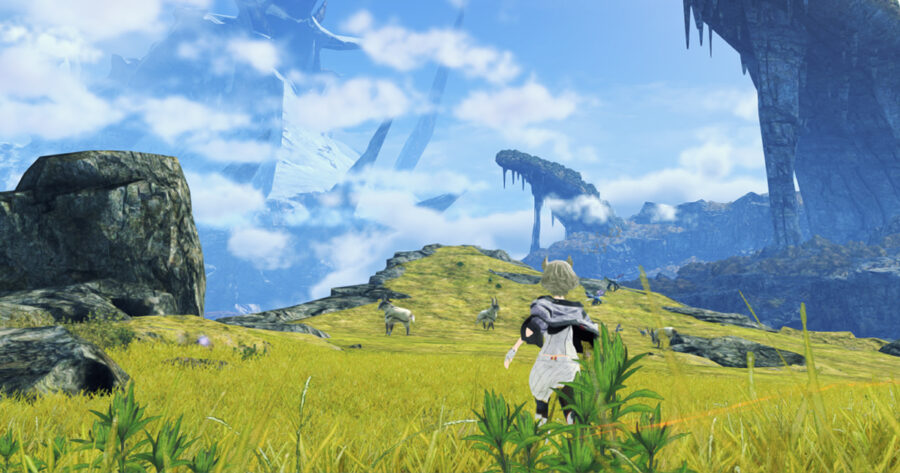 However, so many options can feel overwhelming and it can be difficult to know which classes to prioritize for your preferred play style, especially if this is your first entry in the series.

Luckily, this guide includes a brief overview and will give you the foundational knowledge needed to turn your team of Ouroboros into a well-oiled machine.

Before getting into the nitty gritty of 25 classes available for players to exploit in the game, it’s important to first understand the roles that they belong to. Xenoblade Chronicles 3 utilizes the “holy trinity” party makeup of Attackers, Defenders, and Healers.

Swordfighter:
Easiest class to pick up and play

Noah’s base class. Your first foray into the attacker role comes with an all-around, bread-and-butter approach to dealing damage that doesn’t have any glaring weaknesses but also doesn’t excel at much.

Sena’s base class. This class utilizes a large hammer and focuses on high damage output while sacrificing speed and agility. When attacks land, it has some of the highest damage potential in the game. Luckily, it comes with an ability that makes attacks unblockable to help ensure attacks hit their mark.

A support hybrid class that emphasizes exploiting enemy weaknesses via area of effect debuffs. Unfortunately, while Yumsiths can deal respectable damage, they are outclassed by most of the other attackers and only excel in specific situations.

A class making a return from Xenoblade Chronicles X, Full Metal Jaguars use dual-wielded pistols to deal damage from afar. They bolster arts that help bypass defenses and deal increased damage with successive hits. Full Metal Jaguars are decent during regular combat but shine during the game’s Chain Attacks where they are capable of massive damage.

Stalker:
Low damage but good for supporting other attackers

Another long-ranged attacker. Stalkers sport bows to snipe their targets without drawing aggro thanks to aggro reduction arts. Stalkers are another situational class as they are outclassed early in combat encounters, but can pull their weight once targets are near death thanks to attacks that deal increased damage on targets under 30% health. They also have the ability to boost the rate of art recovery for other classes and pair well with Ogres.

The first non-starter class players will unlock. The flash fencer boasts twin sabers to quickly land attacks in rapid succession. The Flash Fencer emphasizes damage over time abilities such as Bleed. This results in one of the highest damage potentials in the game as Bleed is currently very overpowered. However, you may find yourself drawing aggro off of your tanks due to the high damage output.

Incursor:
Some of the highest damage potential in the game

Another class with some of the highest damage potential in the game. Incursors boast large swords that gain an increase in damage with each successive critical hit. This goes hand-in-hand with abilities that increase the critical hit rate. Incursors hit big and their damage increases as fights continue. Players should always consider having an Incursor in their party.

Machine Assassins are another debuff-focused attacker. They distinguish themselves by utilizing debuffs that cause enemies to take increased raw damage. While having relatively low damage output themselves, they can be very good in specific situations when paired with an attacker that would benefit from a 30% increase in damage to heavy hits such as an Incursor or Ogre.

Royal Summoners are a late/post-game class that prioritizes elemental-based attacks to reap substantially large damage output. While their damage is low at the onset of encounters, like the Incursor, they also increase their attacks’ potency as a battle progresses. Royal Summoners are great attackers, especially when there are elemental weaknesses to exploit.

Final Fantasy fans are sure to recognize the Seraph as being akin to the series’ Dark Knights. Seraphs are high-risk, high-reward attackers that deal more damage as they take damage. While Seraphs can deal massive amounts of damage, it may be difficult to orient a party around this due to how the game’s aggro system works. However, players that can thread the needle (likely by having the Seraph take on a defender-like role in a one-defender party) will see Seraphs output huge damage numbers.

Heavy Guard:
Easy to use with respectable damage

This will be players’ first introduction to the defender role as it is Lanz’s starting class. A very basic tank class that focuses on grabbing the attention of foes with solid damage output and a high defense stat. Heavy Guards are among the most consistent of the defender roles and players will likely have one in their party through most of the game due to their lack of glaring weaknesses.

This is Mio’s starting class and the second defender that is unlocked. In contrast to the Heavy Guard’s role as a slow meat tank, Zephyr’s are an evade tank. Utilizing quick abilities to build arts faster, Zephyrs can gather and maintain aggro very easily while avoiding a lot of damage altogether. However, when they do receive damage, it will be much more deadly to them than other defenders.

Lone Exile:
High damage and solid survivability make this one of the best options

Lone Exiles are likely the best defender class in the game. Like the Zephyr, they attack fast and thus build their arts more rapidly than other tanks. They are also able to take a solid amount of damage and effectively maintain aggro but also deal out loads of damage relative to the other defenders thanks to abilities that boost damage to enemies targeting them.

Guardian Commanders are a decent defender choice that focuses on emergency aid to themselves and party members. While the party is taking damage, they will gain boosted recharging speed to their arts and increases in damage reduction when blocking.

Lost Vanguards are the purest defender role in the game. They can return damage to attacking enemies by blocking or simply taking damage and also grant the entire party a passive 20% chance to absorb attacks. This is another potential best defender in the game. While they lack the offensive potential of other defenders, they far and away are the best at keeping themselves and the party alive.

The first Healer that players will encounter is one of the most consistently useful ones. Medic Gunners dish out solid heals while also dropping AOEs that strengthen the survivability of party members that stand in them. However, they have very low damage potential which results in a safe, if effective class.

Tactician:
Lower healing that focuses on buffs and debuffs

A healing class that like Medic Gunners, has solid healing output. However, Tacticians shine at putting status ailments such as sleep on enemies, doling out small buffs to their party, and also reducing enemy defenses. They are also capable of doing decent damage to enemies.

The first new healing class that is unlocked. They have low damage potential but War Medics are one of the better healers in the early to mid game because of their focus on potent AOE heals. This is also coupled with defense-boosting abilities to increase party survivability.

Boasting some of the highest damage output among healing classes, Thaumaturges excel at being the party’s battlemage. Thaumaturges dish out great heals when performing bursts which further incentivizes aggression in this offensively focused healer. Thaumaturges are a great healer pick for parties that aren’t using big damage attackers.

The Strategos seeks to be a very balanced healer that does all parts of the role relatively well. Capable of solid damage, good healing, and great buff/debut potential, the Strategos fits into just about any party setup, even if it doesn’t excel at one particular thing.

Signifiers, while having some of the lowest healing potential among the healing classes but make up for this with a slew of party-supporting buffs. Signifiers can do well when paired with a class capable of higher healing output such as a War Medic, Medic Gunner, or Lifesage. However, their lack of damage and healing output makes them one of the weaker healer choices.

Like the signifier, Troubadours are a buff-focused healing class. They can significantly increase the accuracy and evasion of allies, but unlike the Signifier, are still solid damage dealers and capable of great healing output. Troubadours are an excellent choice for encounters players are struggling with as their ability Endsong recharges all ally arts to max when they are incapacitated.

Lifesage:
The best healer overall, but you won’t get it until the post-game

Another one of the game’s post-game classes. Lifesage’s are the healer with the highest damage output. Unlike the Thaumaturge, they are also capable of extremely good healing as well as providing good buff support to the party. Boasting all-around excellent performance in every metric, Lifesages are likely the best healers in the game. Unfortunately, you will have to wait until the credits roll to unlock the class.

Soul Hackers are completely different from the other classes in the game as they do not fall within a specific role. Soul Hackers function very similarly to Blue Mages in Final Fantasy in that instead of gaining new abilities and skills by leveling up, they learn them from defeating unique enemies in the game’s world.

This enables the Soul Hacker to act as an attacker, defender, or healer, depending on what abilities are equipped and how they are built. Soul Hackers start relatively weak but as you build them, they become increasingly strong and are capable of breaking the game open.

Players will obtain Soul Hacker very late in the game, but those that decide to hunt enemies and learn their abilities will receive a fun meta-game and potentially very powerful class that gives them the freedom to use in numerous ways.

We hope this brief Xenoblade Chronicles 3 Class Guide helps you figure out the best build for your party.