Splatoon 3 Collectibles: How to Customise Your Splashtag

How to stay fresh using the battle pass-like system in the new Splatoon threequel. 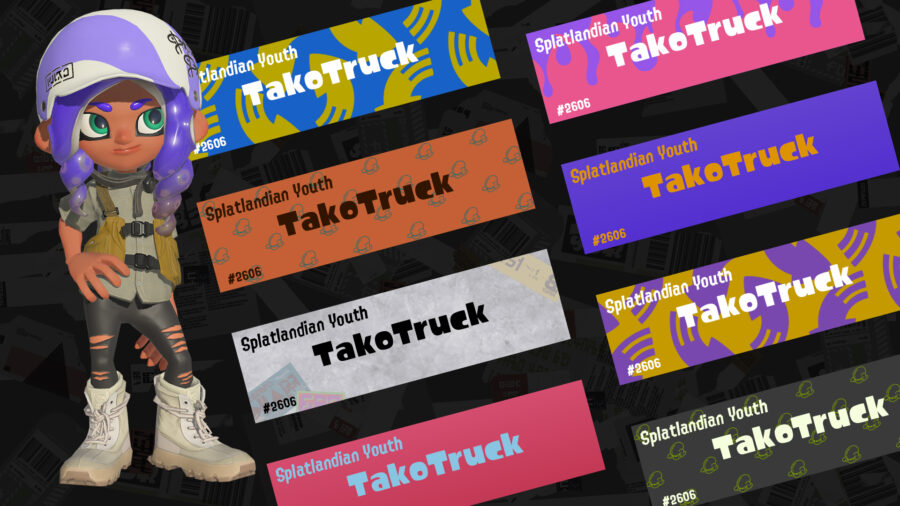 You fancy playing a bit of Splatoon 3, and drop into a nice casual match of Turf War. You think oh, these players look cool, their little card dealios on the loading screen are all neon and edgy. Three minutes later, and you’ve been thoroughly routed by a team led by an Attention-Seeking Shirt Model and their Aspiring Sidekick. Aspiring. You’re furious. And there’s only one thing to be done – make a better Splashtag yourself.

Your Splashtag consists of three elements: badges, banners, and titles. These are accessible in the little terminal in the lobby, next to the entrance to the online modes. And now if you wanna make like Ash Ketchum and complete your collection – that is his catchphrase right? – then grab your reading glasses..

How to Unlock All Badges in Splatoon 3 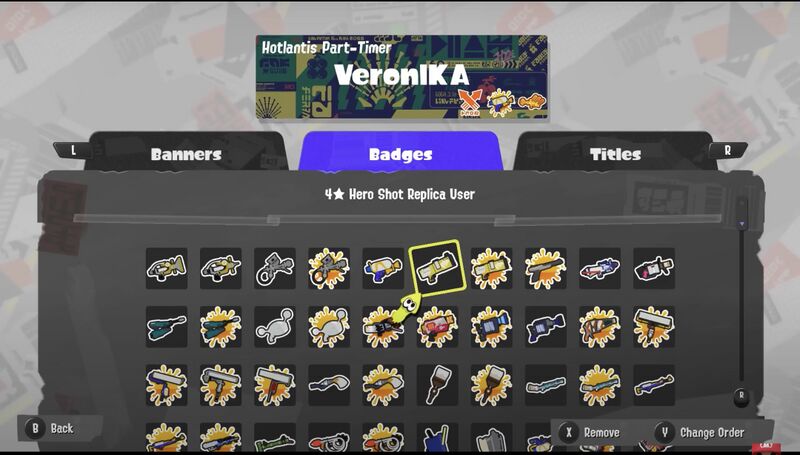 Players have found over 250 badges in Splatoon 3 so far. That’s a buttload in both imperial and metric measurements. And here’s how to get ‘em all:

*you’ll have to earn this on Gone Fission, Sockeye Station, and Spawning Grounds separately.

** and you’ll have to do this for each of the Salmon Run bosses: Big Shot, Drizzler, Fish Stick, Flipper-Flopper, Flyfish, Maws, Scrapper, Slammin’ Lid, Steel Eel, Steelhead, and Stinge. That’s 110,000 murders for your collection of gold badges here.

*again, this is for each of ‘em: Naut Couture, Man-o’-Wardrobe, Crush Station, and Hotlantis.

*yes, again, each. Read our best weapons tier list for their names.

**you know the score by now. These are all listed here.

Mercifully, finally, there are only five more to tell you about from playing the story mode. They are:

But we ain’t done yet – let’s get into finding the rest of your Splashtag drip.

How to Unlock Banners and Titles For Splatoon 3 Splashtags 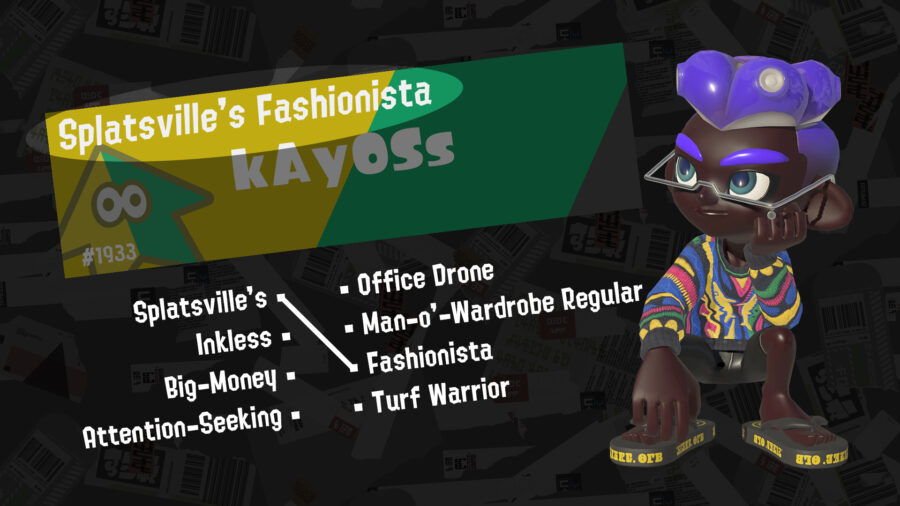 There’s currently 99 banners, and well over a thousand titles. What’s the unit of measurement higher than a buttload? A life’s work, maybe?

To get a quick one with some bragging rights out of the way, you unlock the title of Alternan World Champ for beating the story. Here’s the rest: 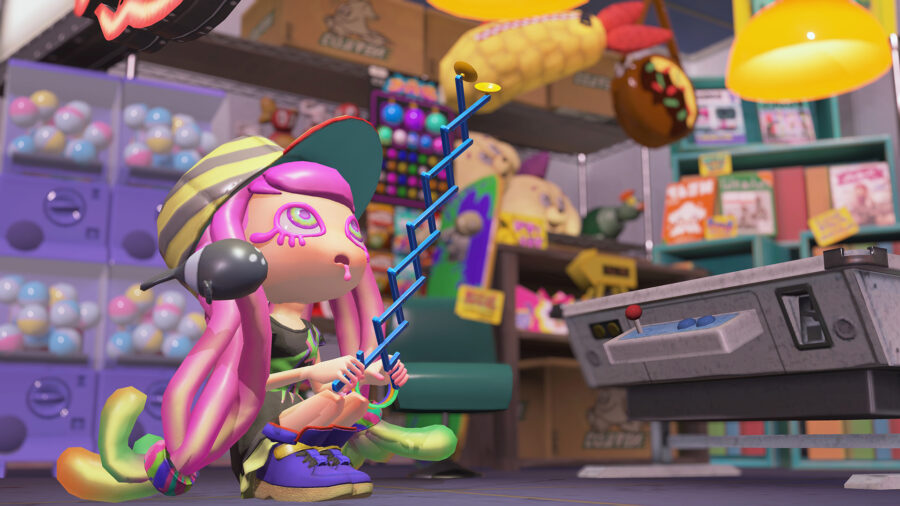 As you may have seen in our guide on the subject, the catalog has a bunch of banners and titles up for grabs. These are the levels that Harmony will be handing out a banner as a reward:

And you’ll get a new title at these levels:

The Shell-Out Machine: Banners and Titles 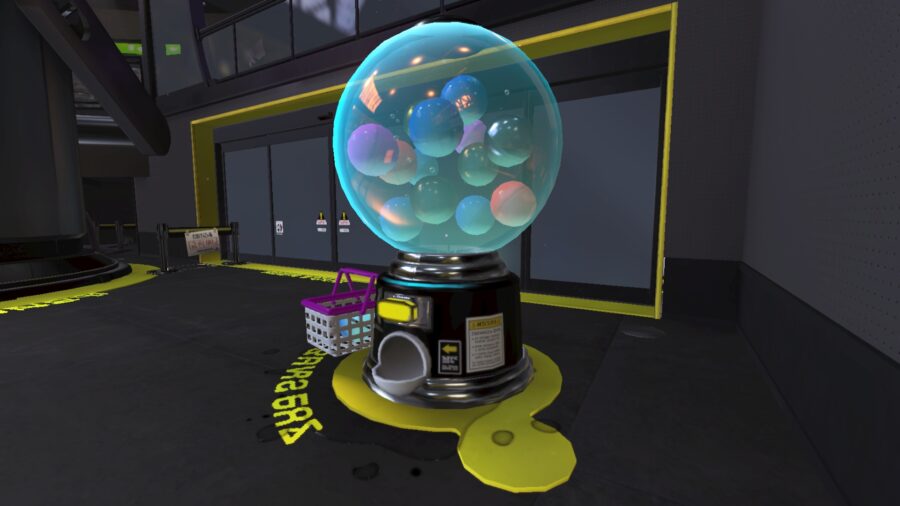 Right in between the food vendor and the locker room in the lobby is Splatoon 3’s very own bit of gacha, the Shell-Out Machine. You can trade in conch shells here for a prize, or pay for the privilege: 5.000 for your first go a day, and 30,000 for each subsequent go.

The prizes are random, and not exclusive to banners and titles – you’ll end up with more food tickets than you can count – but they are in there. Honestly. 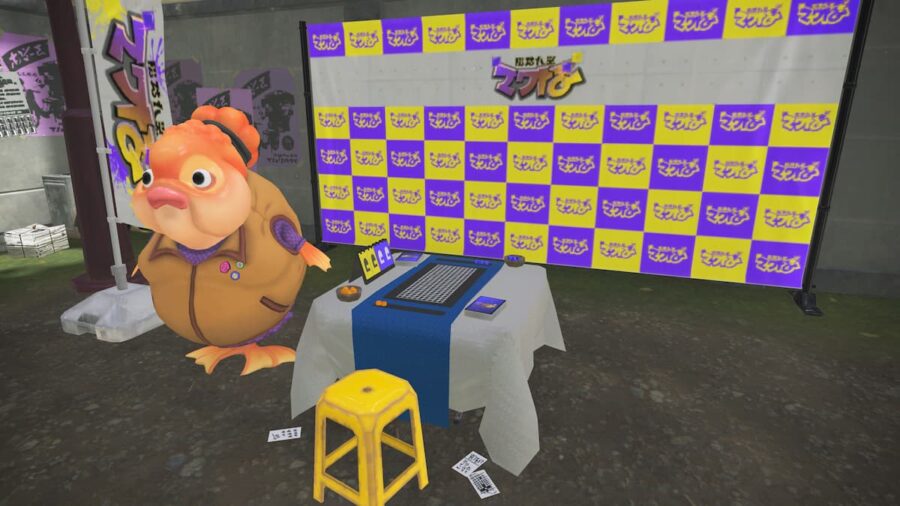 For the real completionists, you need to get stuck into Tableturf, Splatoon 3’s in-game card game. It’s tucked away near the lobby, and if you play enough, you’ll net a banner for reaching level 10, 25, and 46. 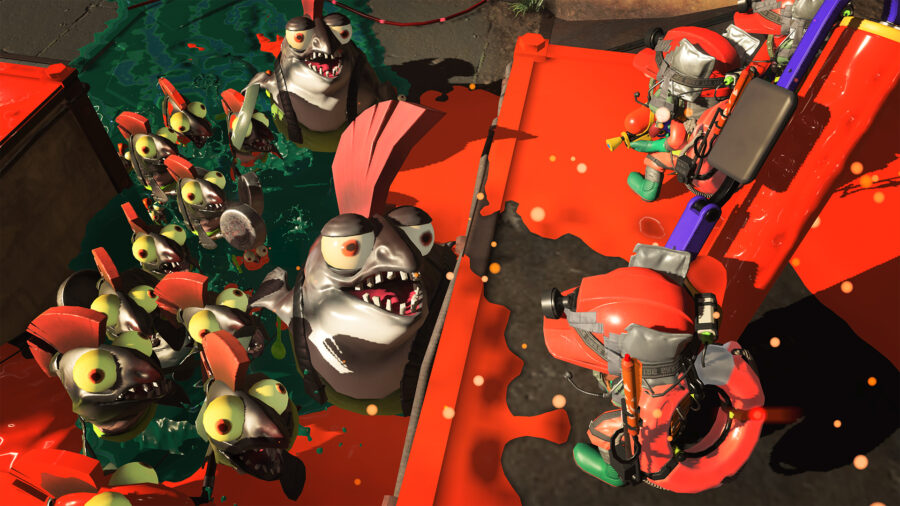 The last source of your Splashtag customisation comes from your labours at Grizzco. To unlock these though, you’ll need to keep reaching round 4 of Salmon Run, and collect bronze, silver, and gold scales by landing hits on the King Salmonid – though the odds of him spawning in are somewhat slim. Keep on grinding for gilded fish bits though and you’ll bag some banners for your efforts.

There you have it. Zero excuses for looking like a god-damn filthy casual.