How to Improve at Using Brush Weapons in Splatoon 3

Brush up the competition! 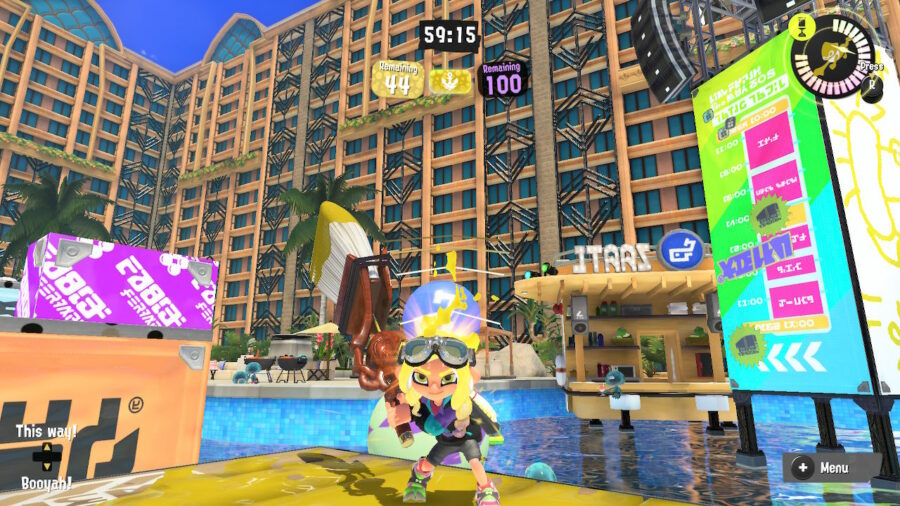 Brush weapons in Splatoon 3 are perhaps the most fitting weapons for this game while functioning unlike any weapon in other shooters. After all, this is a game where you paint the world, why not use a paintbrush to execute that task? That being said, its unique playstyle also makes it a tricky weapon to master, and that’s what we’re here to help with.

This guide breaks down the basics and everything you need to know to take advantage of the brush weapons in Splatoon 3 and color away the competition.

How to Use Brush Weapons in Splatoon 3 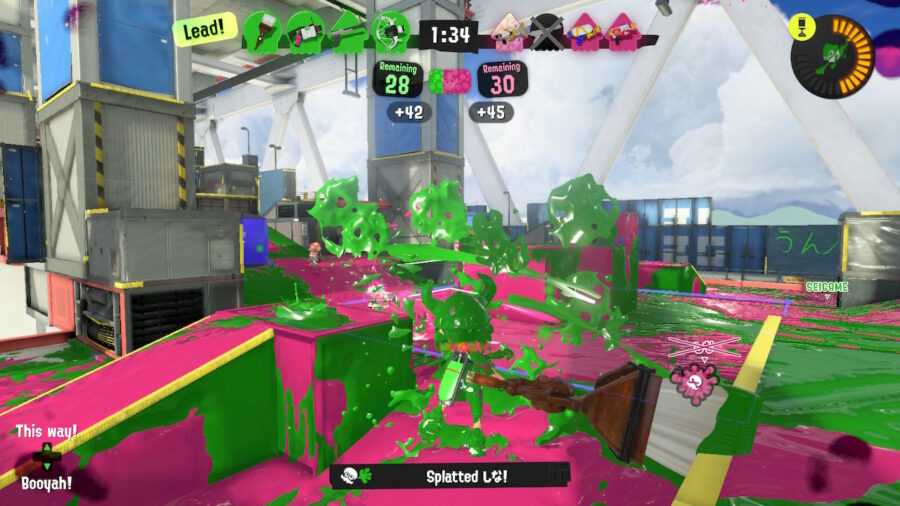 Brushes in Splatoon 3 function differently than conventional weapons, and require fast reactions and a rapid fire trigger finger for success. Pressing the ZR button will swipe the brush in front of you, sending ink out in front of your Inkling or Octoling in an arc around the player. However, you must repeatedly tap the fire button in order to keep firing the weapon, and the faster you press the button, the faster you fire ink from the ends of your brush. Being able to rapid-fire the brush for multiple seconds in the heat of battle is necessary to use this weapon, making it a more intense choice compared to other weapons.

The weapon does have other advantages, however. Typically, simply walking with the Octoling or Inkling will be slow, but you won’t always have ink in front of you to swim, such as walking over grates. Pressing and holding ZR will allow you to run forwards with the brush. This won’t be the most effective way of painting the ground, as it will only paint a brief strip on the ground as you move. However, for traversing over areas that can’t be inked, or through areas of enemy ink to make a dash for safety or the heat of the action, this is a useful ability giving brush players in Splatoon 3 additional options to engage in combat.

What are the Different Types of Brushes Available? 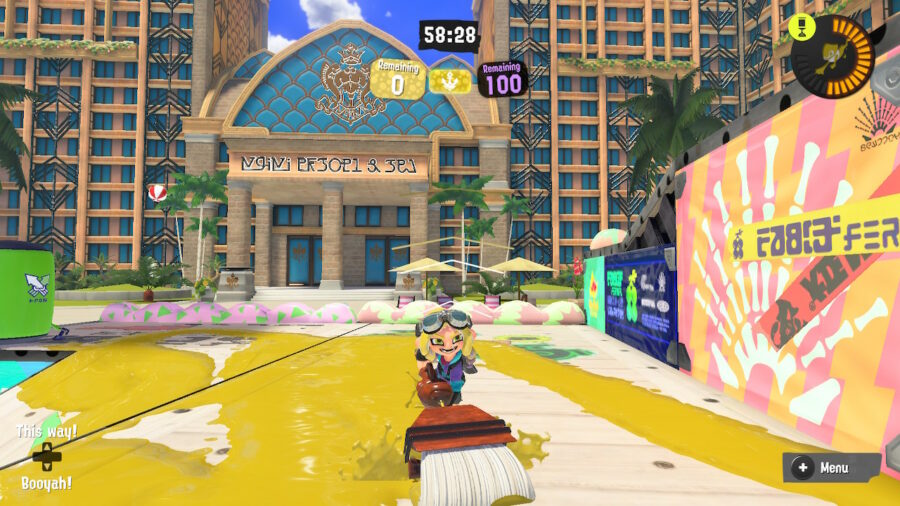 As of Splatoon 3’s launch there are just two brushes available to use. These are:

The key differences between these two brushes comes in their speed and range of attacks. Inkbrush allows you to swipe your brush at a far faster rate and move with more speed and control when running with the weapon compared to the Octobrush. However, the Octobrush has the advantage of being a stronger weapon, offering a broader attack radius when swiping the brush, with this attack also dealing more damage.

The biggest difference comes in their special abilities, each of which encourage their own play style depending on the weapon chosen. The Inkbrush’s speed of attack and Killer Wail 5.1 special makes it a weapon geared towards Turf War and covering the arena with your ink to charge this powerful offensive special to pick off enemies from a distance.

The Octobrush, on the other hand, is a far more offensive weapon geared towards ranked battles. Its Zipcaster special and stronger attacks are more geared towards control and taking out opponents.

What are the Best Support Abilities to Use for Brush Weapons in Splatoon 3? 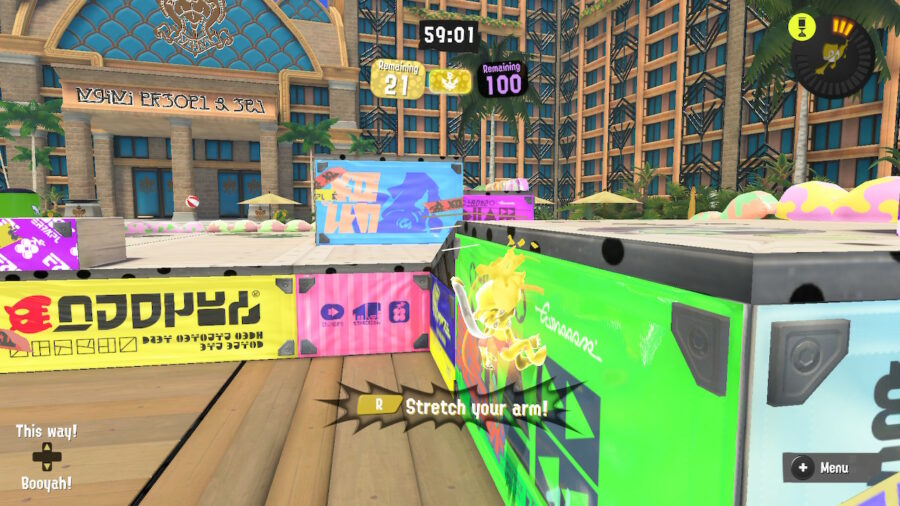 As both brush weapons are offensive options within Splatoon 3, the best support abilities are Sub Power Up, Swim Speed Up and Sub Resistance Up. These brushes take advantage of bomb sub weapons that can be strengthened with the use of Sub Power Up. This is particularly useful when bombs can both act as damage-dealing openers for offensive action and ways to block off a path for an opponent and force them in a direction that places them closer to you, where the shorter range of the brushes become less of a concern.

As you will likely be engaging directly in battle from an offensive position, anything that can defend you and reduce the chances of an untimely demise are particularly useful. This makes sub resistance useful for whenever you accidentally swim into the direction of an enemy bomb or to reduce damage by enough points to successfully take out an opponent without witnessing your own demise at their hands. Any support ability that can improve your ability to enter and emerge victorious from 1v1 battles with enemy Inklings and Octolings is crucial for brush weapons in Splatoon 3.

What’s the Best Strategy to Play With Brushes? 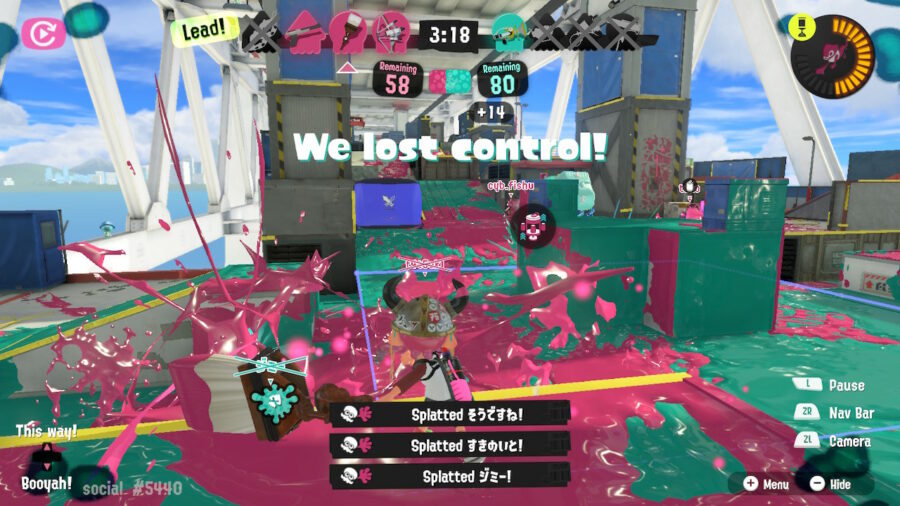 Although the brush is an offensive weapon, the best strategy to use when playing as a brush weapon in Splatoon 3 is to understand when is the correct moment to engage. Due to the low range of both brushes available in the game at launch, directly engaging head-on with an opponent carrying a long-range weapon will almost certainly result in being splatted before your opponent enters your range.

To best engage in battle with an opponent, understanding the layout of each level and regularly checking the map and state of the field is important. When an opening to the side of the map presents itself, you should aim to flank your opponent and take them by surprise to attack from the side. This will give you the ability to get close enough to your opponent to attack them without them splatting you first.

In control modes like Tower Control and Splat Zones, the Octobrush is particularly useful. As players are all jumping and honing in on a single location it’s a good weapon to keep your opponents from approaching the zone head on and stop it from falling into enemy hands. In Tower Control in particular, if you use the Octobrush, you should stand on the tower itself and use the weapon’s close-distance strength to prevent opponents from standing on the tower and slowing or reversing its progress into enemy territory.

One particular move we like to implement into our offensive strategies with the Octobrush takes advantage of the Zipcaster ability. This can be used to quickly dash right into the heart of enemy territory with a speed they can’t anticipate, allowing for a quick kill that your team can take advantage of before they can even react. On some maps like Undertow Spillway, it’s possible to go around the map itself using the Zipcaster to catch out unsuspecting players from off the side of the map! This is an advanced technique that isn’t recommended for beginners, however.

In Turf War in Splatoon 3, taking control of the Inkbrush is the best choice for players looking to cover as much ground as possible.

What are the Best Brush Weapons in Splatoon 3? 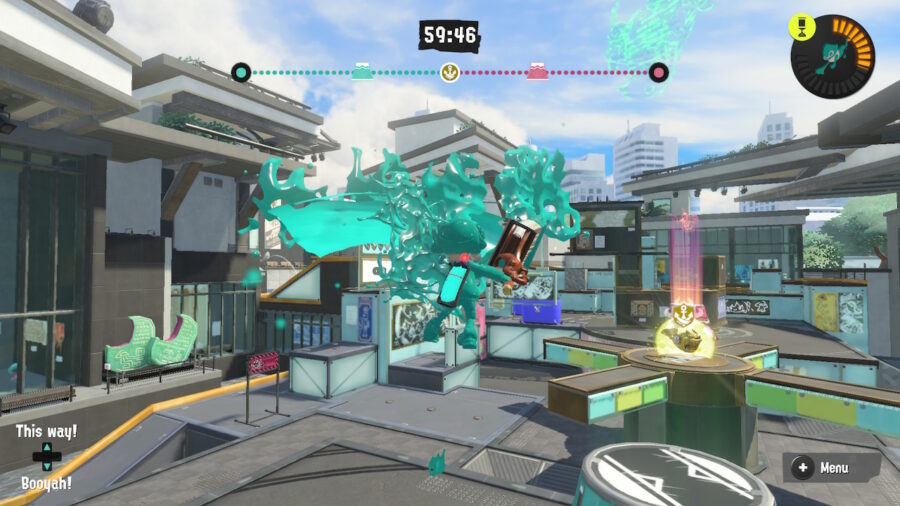 Ultimately, we recommend the Octobrush as the best brush weapon in Splatoon 3 thanks to its superior strength and special abilities. While the weapon requires a heavy dose of trigger finger action compared to being able to hold the ZR button to shoot with other weapons and takes some getting used to, we recommend giving this weapon a shot if you’re looking for something different to use in Splatoon 3.