Where in the world is Pokémon taking us next? 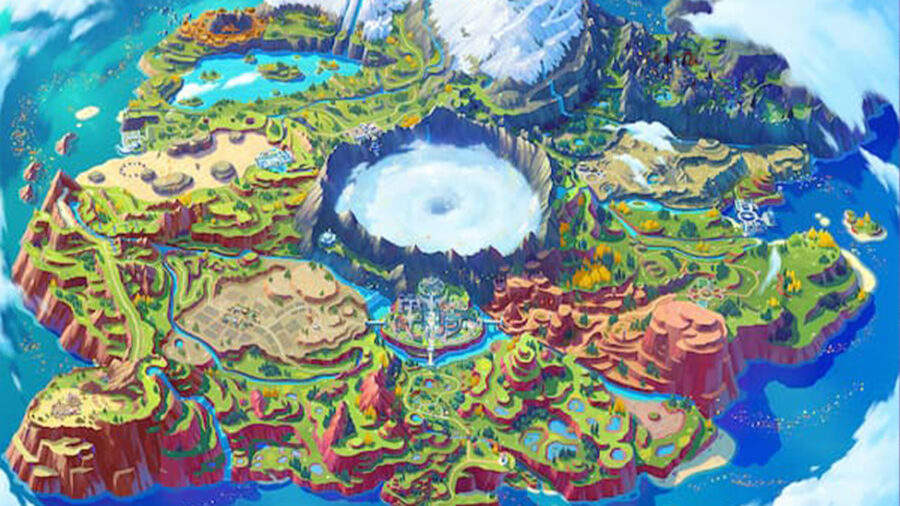 Every Pokémon game has taken place in a new region. From the early beginnings of Kanto to the ancient Hisui region introduced in Pokémon Legends: Arceus, we’ve never been in one place too long. And things are no different here in Generation 9. Pokémon Scarlet and Violet takes place in the Paldea region.

For info on Paldea, including details about the world map, its real life inspirations, and what new features it’s bringing to the Pokémon series, keep reading.

Paldea is the region we’ll be exploring in Pokémon Scarlet and Pokémon Violet. Like most Pokémon regions, it seems to have areas with different climates, from deserts to oceans. It also has a mysterious vortex in the center, filled with fog. We haven’t really been told what’s going on there yet, but I’m sure it’s fine!

Exploring these different areas won’t only be necessary for filling out the Pokédex. Pokémon Scarlet and Violet also asks players to take part in a mysterious treasure hunt. So getting to know the world map might be even more important than in previous games. Thankfully, players will be given a Rotom Phone with a full map, including details on nearby towns and Pokémon. It’ll also display your current location, so you can’t get too lost.

Most Pokémon regions are based on a real world equivalent. These started out as different areas of Japan, but more recently they’ve been further afield. Galar, for example, was clearly based on the United Kingdom, with its industrial cities and strange top-hatted Koffings.

Paldea seems to be based on Spain. For example, the academies that you’ll be attending as a trainer are called Uva and Naranja. These translate to Grape and Orange in Spanish. One of the major buildings also seems to be based on the Sagrada Familia, a major church in Barcelona. 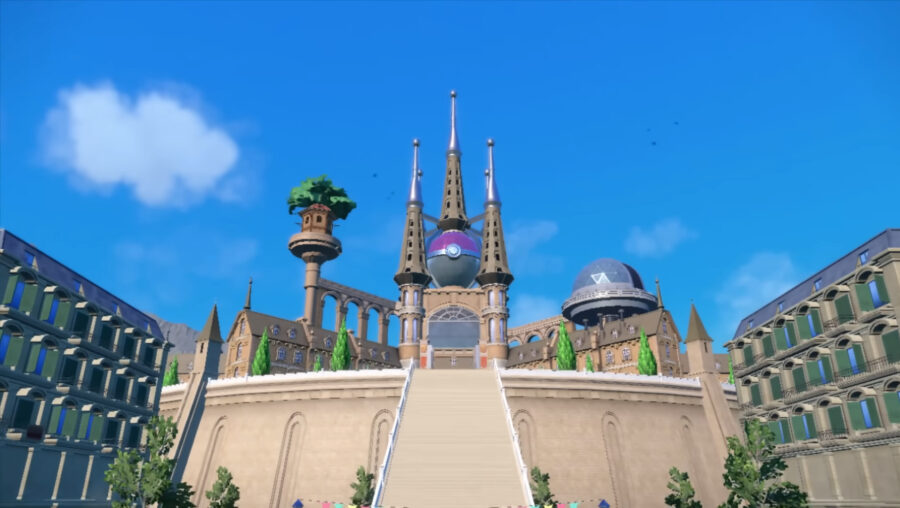 As well as introducing some new Pokémon, Paldea has brought a few big changes to the Pokémon series. Travelling across the world is emphasized with both a treasure hunt and the new legendaries. Koraidon and Miraidon transform into various vehicles for quick and easy traversal. They can go fast on the ground, float in the water, or even fly.

This also fits in with the structure of the game. Like Pokémon Legends: Arceus, Pokémon roam freely in the world rather than only appearing in tall grass. However, unlike Pokémon Legends: Arceus, Pokémon Scarlet and Violet will have some of the more traditional aspects of Pokémon games, like the Gym Battles. But these can be tackled in any order, giving a freer experience in Paldea than we’re used to.

Like most regions, Paldea also introduces a new gimmick for battles; in this case, Nintendo has announced the Terestal phenomenon. This creates glittering alternative Pokémon forms. These can be of different types to Pokémon’s regular forms, increasing certain attack power and changing up their weaknesses. In order to use the Terestal system, players will need to charge their Tera Orb at crystals found throughout the world or at Pokémon Centers.