Blink through the enemies to deliver deadly attacks as Tracer in Overwatch 2. 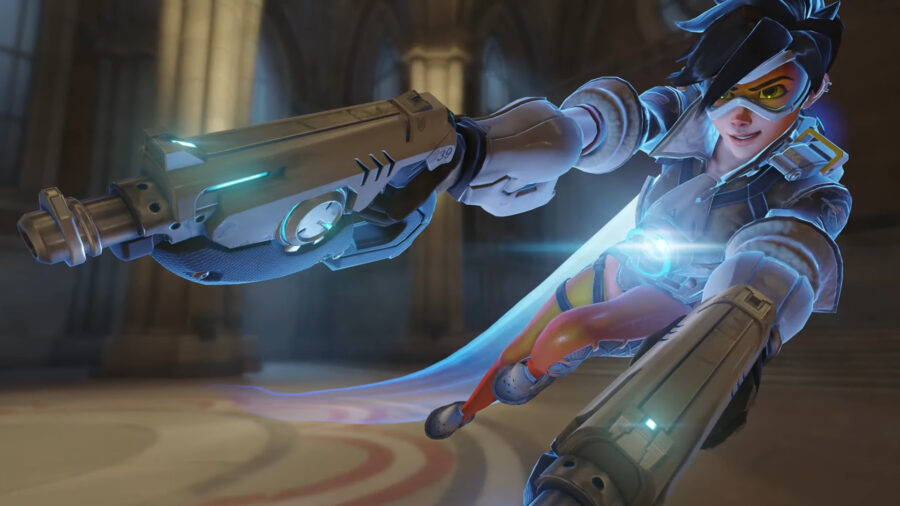 Tracer is probably one of Overwatch 2’s most-known characters. Her speed and ability to get back in time are what make her so unique. On the other hand, she is not the easiest character to master and be effective with right after only a couple of matches. But, once you learn how to play as Tracer in Overwatch 2, you’ll become extremely powerful, disturbing the backline of the enemy team, and killing them so fast that they won’t even know what has hit them. 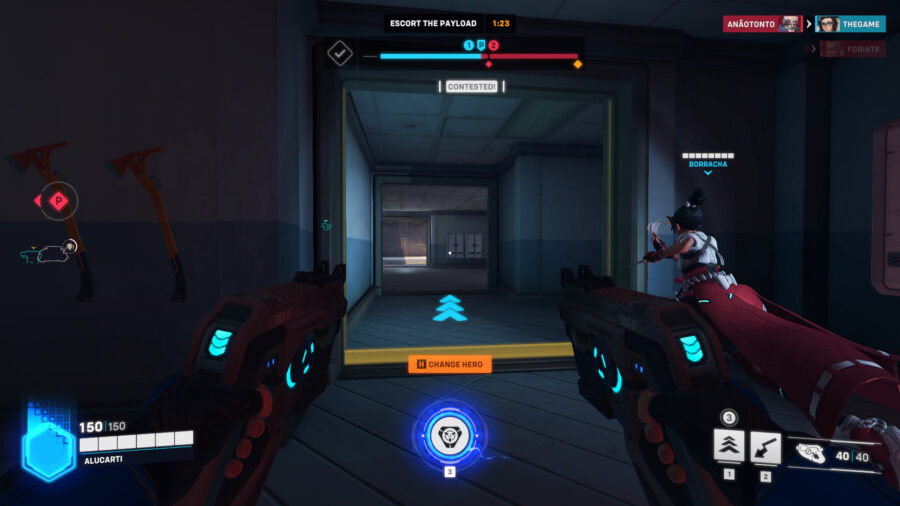 The concept behind Tracer is speed. Her whole kit is all about attacking, reaching enemies, or fleeing from their attacks as quickly as possible. Her skills are not difficult to understand, but applying them effectively during matches is pretty hard.

Her Primary Fire is a short-range attack with her Pulse Pistols which holds up to 40 rounds at a time. These pistols are pretty fast, so you’ll need to get used to Tracer’s reloading time after a few shots. Tracer’s Primary Fire is only deadly when it gets the enemy by surprise delivering a killing sequence of headshots. However, you can still farm some kills against squishy characters with it or meltdown the enemy tank’s health bar.

Tracer’s abilities are her signature and to some extent the core of her kit. Without them, her Primary Fire nor her Ultimate would be as strong as they can be with their help.

The first skill is called Blink and she has three charges of it. Each charge has a cooldown of around three seconds. Using this ability you teleport to the direction you are moving to. Even in a situation in which you are walking facing the opposite side, Blink teleports you to the direction you are walking to. During the time of teleportation, Tracer becomes invulnerable. 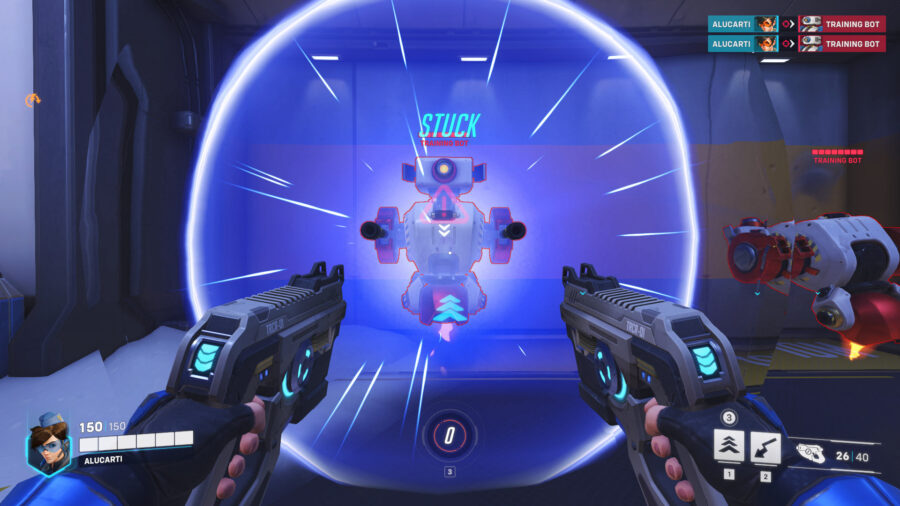 Together with Blink, Tracer has Recall as her second ability which has a cooldown of 12 seconds. Once used, it will take you back in time, getting back to the place you were a few seconds before with the exact amount of health you had at that time. Keep in mind where you were before using it, otherwise, you might find yourself in the middle of the enemy team.

As a damage character, she comes with the Damage passive ability. Because of it, every elimination you execute will grant you a boost in movement and reload speed. It’s a great addition to Tracer’s kit considering how many times you end up reloading her weapons during a fight.

Tracer’s Ultimate is called Pulse Bomb and it’s one of the most difficult abilities to use correctly. The Pulse Bomb explodes after some seconds. It can be thrown on the ground or to an enemy on whom it will stick. Placing it on the right enemy character can be deadly. At the same time, it’s pretty common to just miss the target when you are still learning and hit no one with it. 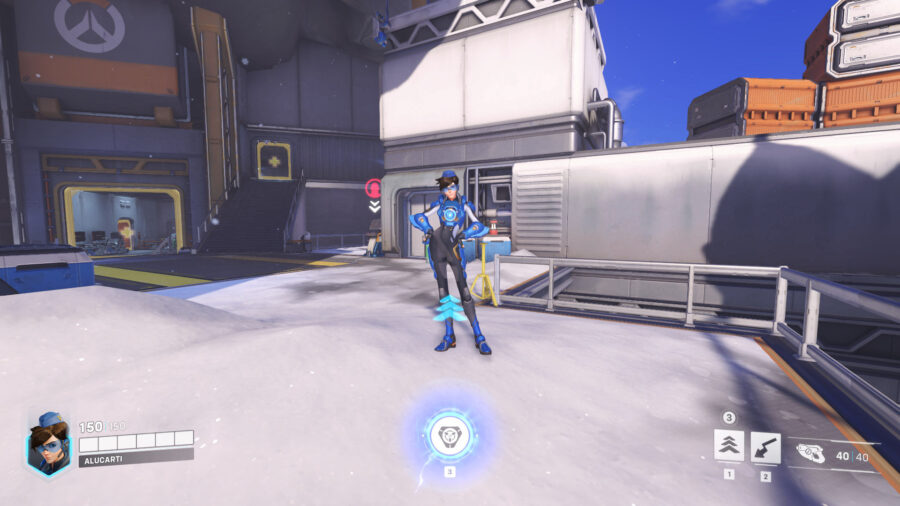 In general, Tracer has received a few minor changes that maybe only players who spent thousands of hours into this character will notice. 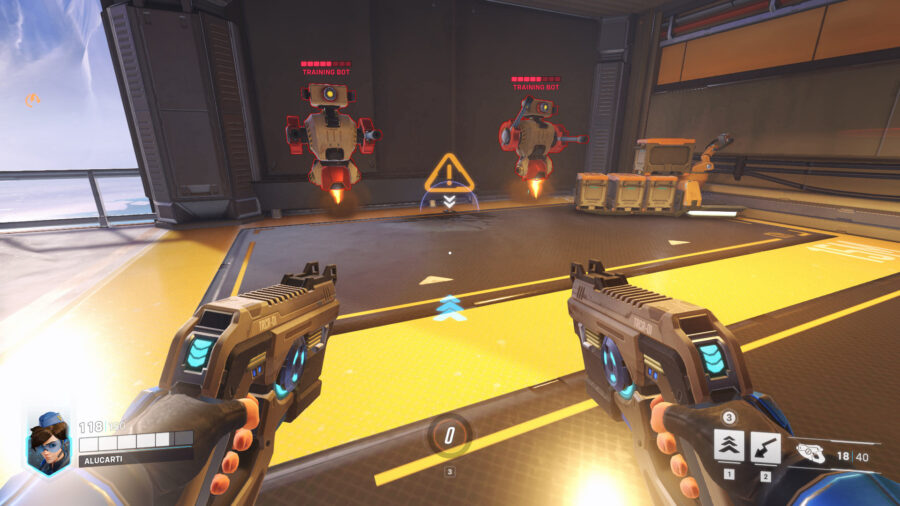 While mastering Tracer is not easy, mostly because of her Ultimate ability and positioning, she is an extremely useful character. The first thing you must have in mind when playing as Tracer is her ability Blink. This is a great skill, but you must learn when to use it. There are situations in which sneaking behind an enemy character is a better option than using Blink, which can be heard, giving your enemy the time to respond to your attack.

A second important habit you must have when playing as Tracer is to keep one charge of Blink available. Most of the time, you will use Blinks to engage the enemy and avoid their attacks. However, if you spent all your Blinks, you won’t have a way out of any nasty situation you may find yourself in.

Playing as Tracer is all about flanking the enemy team and trying to adapt in terms of priority. You can find space to attack the healers in the backline which can call the attention of the tank, disrupting the team’s defense.  You can also just have the role of annoying the enemies while protecting the flanks of your own team. Because of these possibilities, knowing the map is always helpful when playing Tracer. 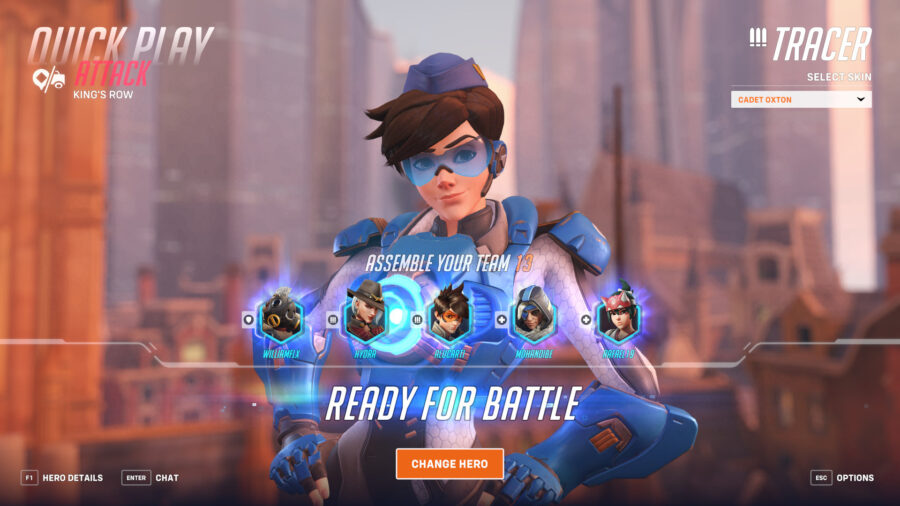 The most difficult aspect of playing Tracer is using her ultimate effectively. Consider always blinking to place your Pulse Bomb, since you need to get really near to the target. Placing it on the ground among the team enemy may be an option, but the best way to use it is by sticking it to someone. Keep in mind that, for example, you can blink, place the Pulse Bomb, and then use Recall to get back to a safe spot.

In terms of team composition, Tracer works pretty well in many situations. She is usually a key character for dive teams. However, whenever you see your team with a solid frontline, you can pick Tracer and try to create opportunities for your team to attack a point. Tracer works pretty well with a team that has D.Va as the tank for example or Winston. Lucio and Zenyatta are also great options to pair with Tracer. 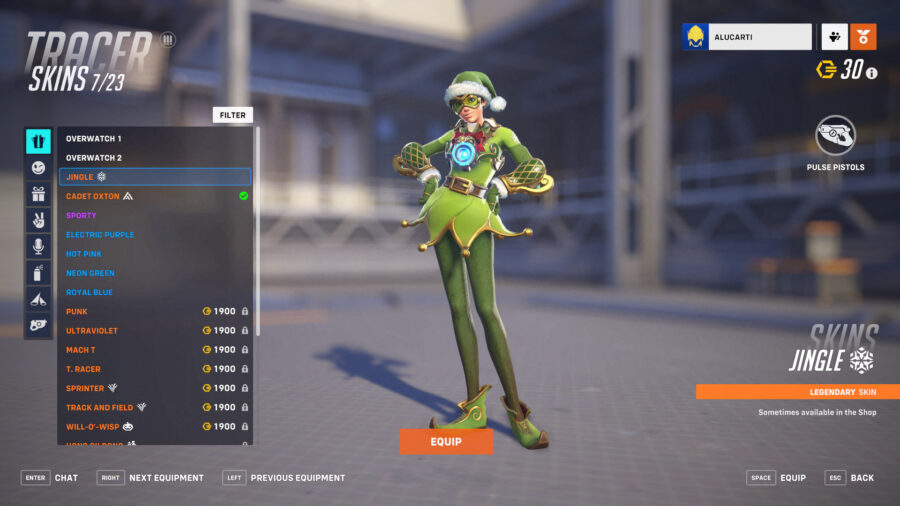 As one of the most iconic characters in Overwatch 2, Tracer has at her disposal a considerable number of different skins. Keep in mind that some of them are only available for purchase during specific events.

This is all you need to know to begin your journey as Tracer in Overwatch 2!