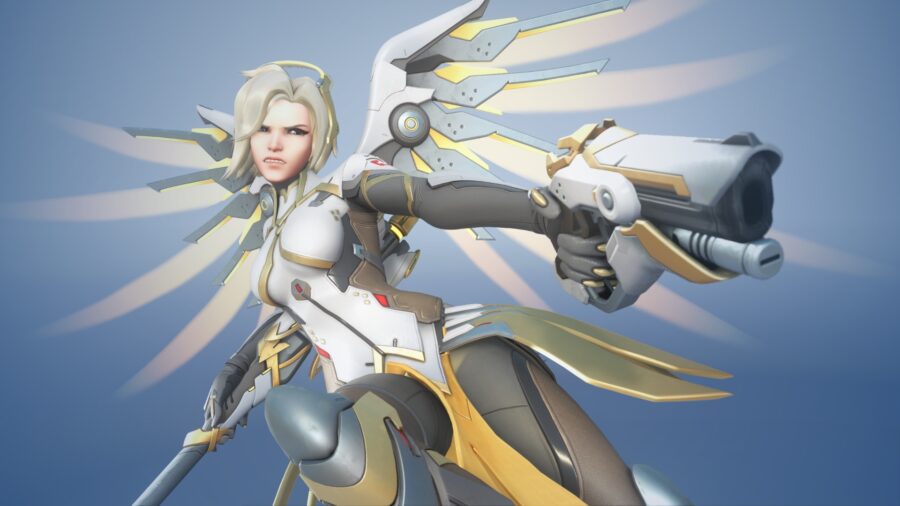 Mercy, the team’s leading doctor, is one of Overwatch’s original support heroes, and while she’s changed a lot since 2016, she hasn’t changed much in the transition to Overwatch 2. Mercy is an ideal support hero for Overwatch beginners. Her various abilities and modes of healing are relatively easy to understand, and players of any level can make a difference with Mercy. 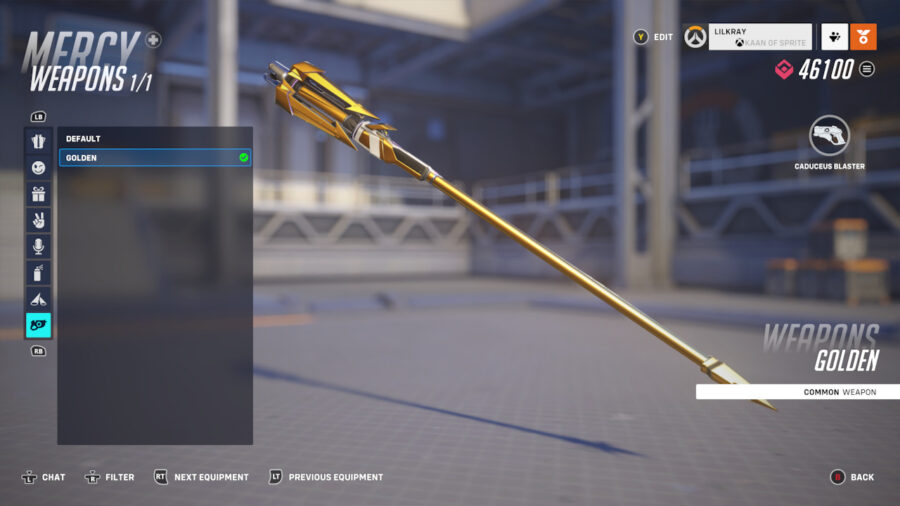 Mercy’s staff allows her to heal allies and increase an ally’s damage output. Holding the staff’s primary fire (RT/R2 on a gamepad) allows Mercy to heal one ally at a time as long as they’re in your line of sight and generally close-by. The staff heals 55 damage per second.

You can hold the staff’s secondary fire (RB/R1) to amplify an ally’s damage by 30%. Healing or boosting damage will contribute to Mercy’s Ultimate Ability gauge. The staff locks on to targets, so as long as you aim at an ally and hold the button, Mercy’s staff will latch onto them.

Tanks will require most of your healing since they’ll be soaking up most of the damage. But if an ally like Soldier 76 or Pharah activates their Ultimate Ability, they’ll be vulnerable and might require support. When your team is generally healthy, you should focus on amplifying damage.

Even though Mercy is a healer, she still has access to an equipable automatic pistol. This means Mercy cannot deal damage while supporting other characters. One blaster projectile deals 20 damage and has a solid rate of fire, so it’s possible to survive one-on-one encounters if your aim is good enough. You should only switch to your pistol if you’re alone or want to finish off an enemy your team is neglecting. 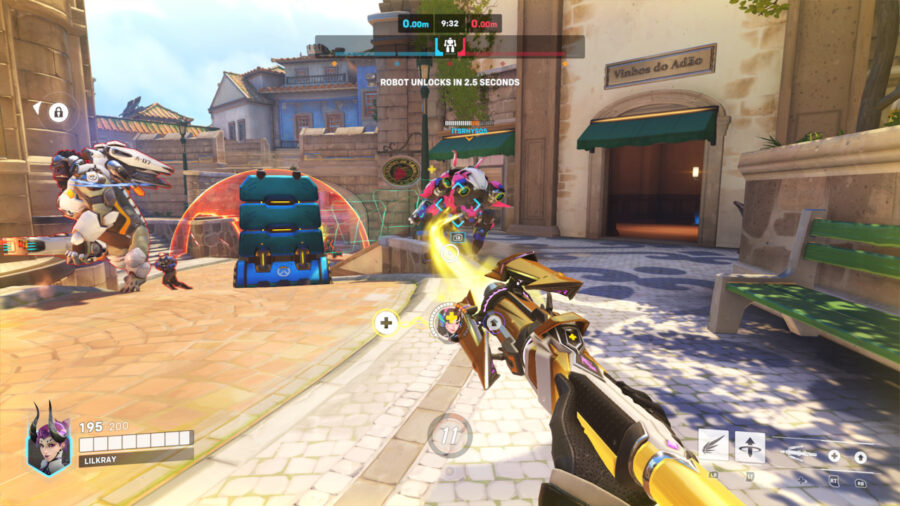 If you’re looking at an ally, you’ll be able to fly towards them from a distance. If you’re attached to a teammate through the Caduceus Staff, you won’t need to face them to activate Guardian Angel.

Guardian Angel is an evasive ability. Use it to fly towards your team and away from danger. This ability only has a cooldown of 1.5 seconds, so you should use it regularly to reach allies in critical conditions.

While Mercy is in the air, you can hold the jump button to use Angelic Descent to fall very slowly. There’s no cooldown on this ability so you can use it at any time by holding the button it’s assigned to. Angelic Descent is best used in unison with Guardian Angel to stay above the action – watching your teammate’s health while staying away from enemies.

Resurrect is one of the most valuable abilities in the game and spawned one of Overwatch’s most iconic lines: “Heroes Never Die!”

Resurrect allows you to revive an ally to full health before they respawn. It takes 1.75 seconds to cast and it reduces your movement speed drastically. So it leaves Mercy vulnerable to enemies.

Resurrect also has a cooldown of 30 seconds, so use it sparingly. Your main priority with this ability should be your team’s tank since you’ll only have one tank in most modes, which soaks up most of your team’s damage. Apart from tanks, try to resurrect support heroes whenever possible, as they’ll be helping you with healing. 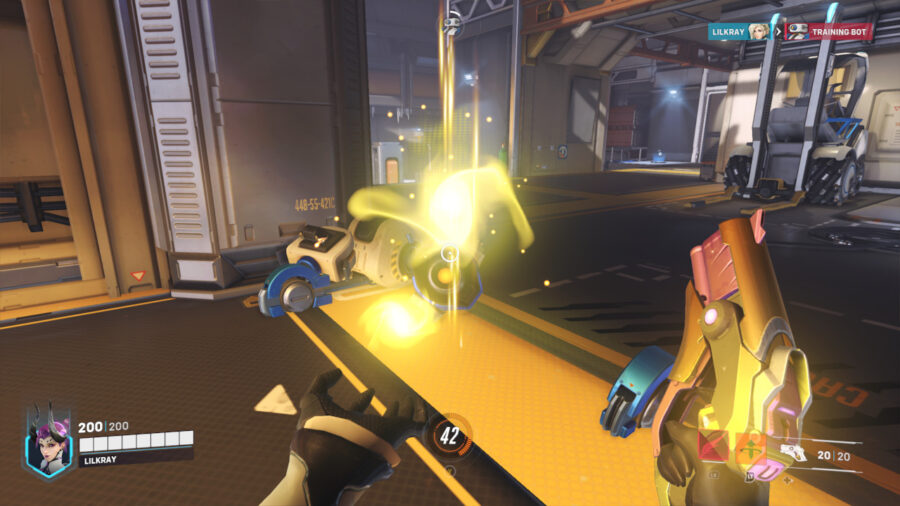 Every support hero in Overwatch 2 receives a passive heal of 10 health per second after 1 second of not being damaged.

Mercy receives even more passive healing than other supports. Mercy receives 20 health per second after 1 second of not being damaged. 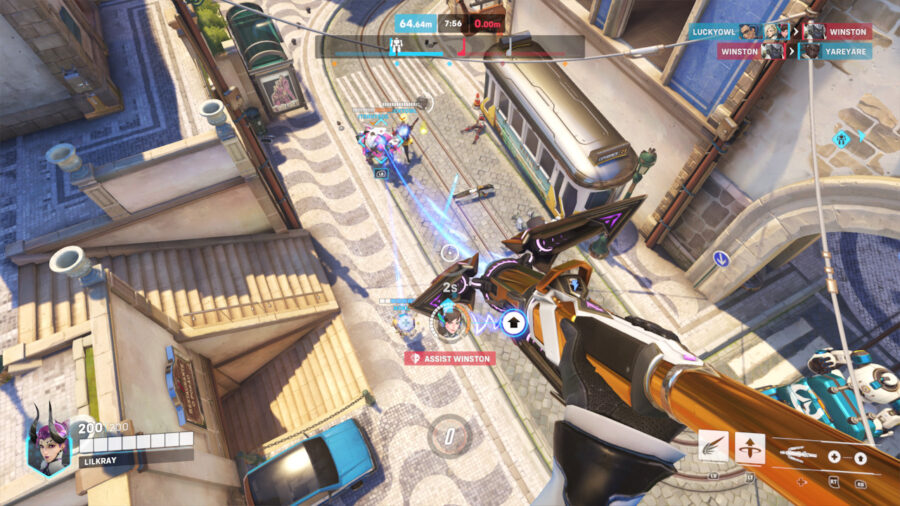 Valkyrie is an Ultimate Ability that changes Mercy’s form and movement. For 15 seconds, Mercy can fly in any direction. Mercy’s healing and damage amplification will chain across nearby targets, so you can support your entire team if they’re close together. In addition, movement speed and healing are increased in this mode.

You should activate Valkyrie when your team is together and engaging the enemy team. Mercy’s chain healing or damage amplification will give your team the edge in contentious stand-offs.

Valkyrie has an ultimate cost of 1820. Ultimate charge is dependent on the amount of healing or damage you’ve dealt with a 1:1 ratio. So essentially you’d need to heal 1820 points of health to charge Mercy’s Ultimate. As you can imagine, this means her Ultimate will charge relatively quickly, so don’t save it for too long. 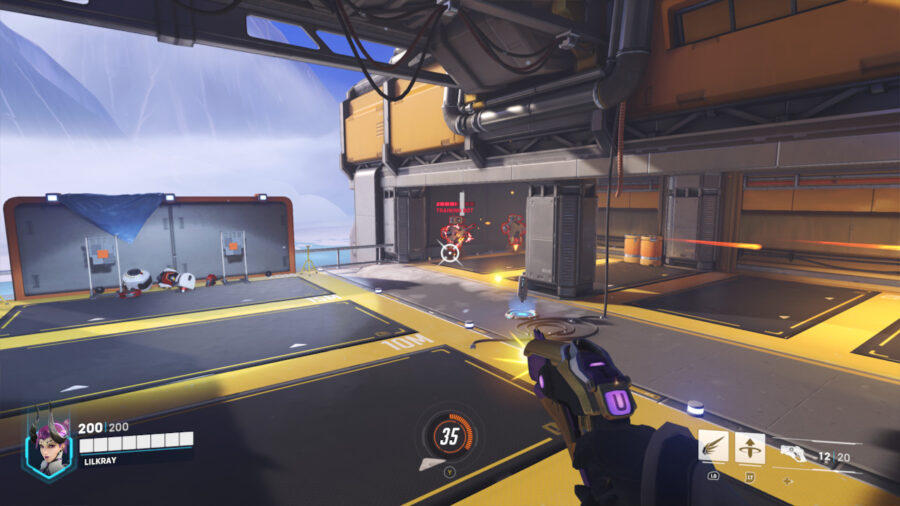 Mercy isn’t a character that has changed all too much since the first Overwatch. The biggest change to the character is perhaps the changes to the Guardian Angel ability, allowing it to become more mobile. 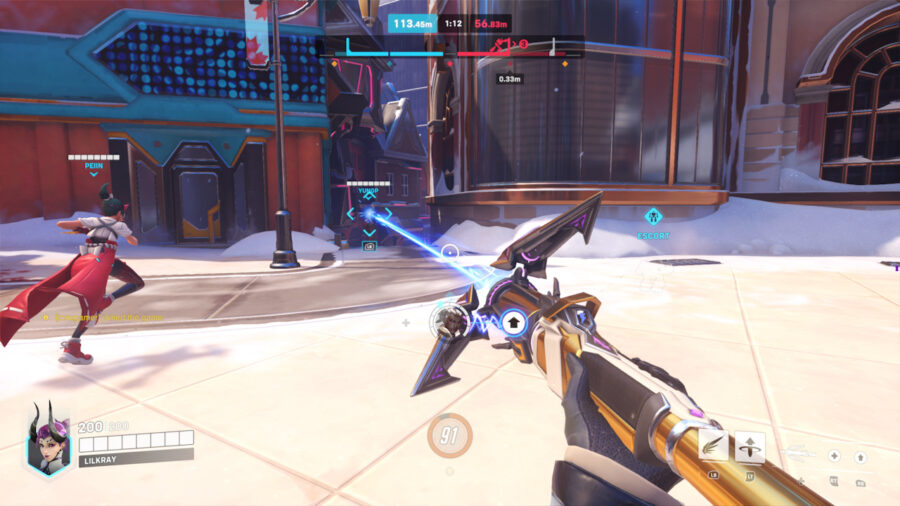 Mercy can be useful in many situations, but the change to 5v5 in Overwatch 2 has somewhat diminished her standing in the meta. In the original Overwatch, Mercy was a great hero to ensure that both tanks were healed quickly and revived. Now there’s only one tank in competitive, and Mercy’s role is non-essential. Instead, some heroes can keep the main tank healed while dealing lots of damage, like Zenyatta, Ana, and Moira.

Players can use Mercy well alongside various characters. For example, if the second support is Lucio, Mercy can provide faster, targeted healing. Mercy is also helpful alongside Moira since she has great offensive capabilities and might not solely focus on healing the team.

Mercy is an excellent match with several damage heroes too. In the first Overwatch, Pharah and Mercy dominated the meta for months, and that strategy is still viable in the sequel. If there’s an annoying Bastion or Torbjorn behind enemy lines, use Pharah and Mercy to flank them. Mercy will ensure that Pharah doesn’t immediately die. Additionally, when Bastion is in the Assault configuration, he can deal massive damage. If you amplify Bastion while in this mode, you’ll be able to shed through shields and quickly be done with enemy tanks. 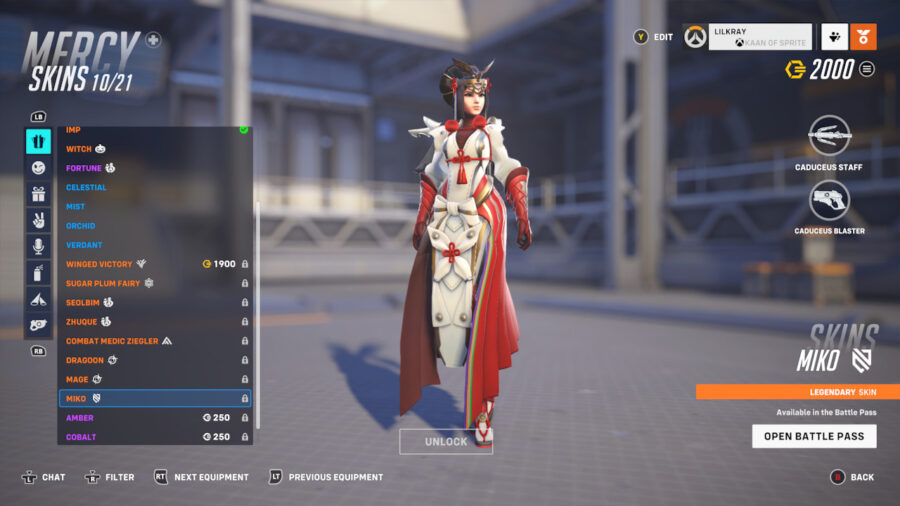