Rally around this flexible healer with a shield and excellent crowd control. 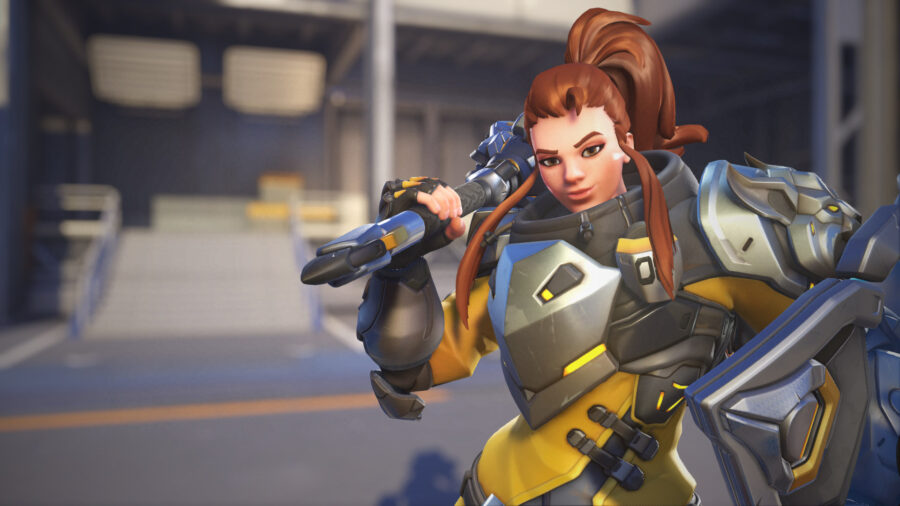 Overwatch 2 is here, bringing sweeping changes to the game along with some small tweaks to the shieldmaiden Brigitte.

Between her healing, shield, and crowd control, Brigitte both excels at taking the offensive alongside your tank and protecting your weaker teammates from harassment. Though her crowd control has taken a small hit with the changes to Overwatch 2, she’s still a flexible powerhouse that can quietly carry games. 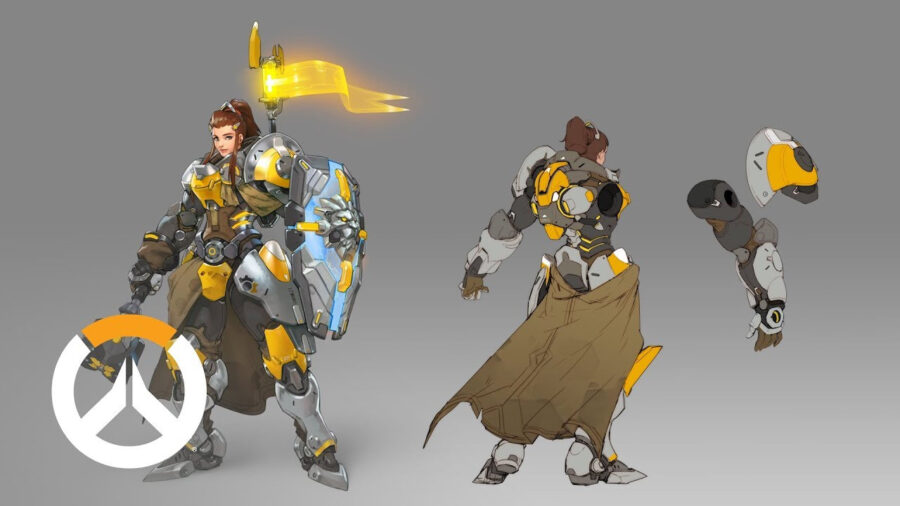 The daughter of Torbjörn and goddaughter of Reinhardt, Brigitte combines the engineering skill of her father with her godfather’s lofty ideals of heroism. When Reinhardt decided to roam the world as a German Don Quixote, Brigitte chose to become his Sancho Panza.

Although Brigitte grew up with a grudge against Overwatch after they forcibly retired Reinhardt, when he answered Winston’s recall order, she signed up right alongside him to keep him safe. 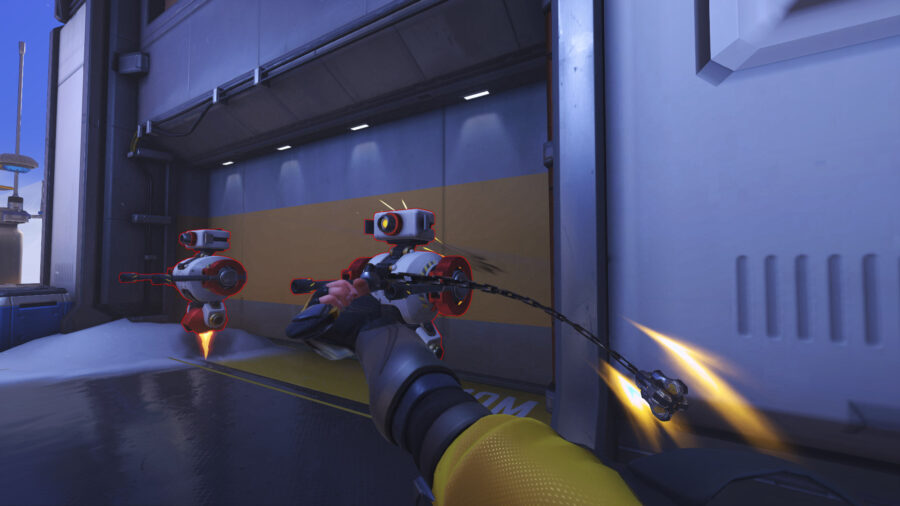 Brigitte’s main attack. The range is short, but wide, rewarding her for being up in the enemy’s grill. Each hit will trigger her Inspire passive, so to maximize her healing you want to be doing as much damage as possible. Something to keep in mind is that melee headshots don’t deal bonus damage, so don’t worry too much about your accuracy. 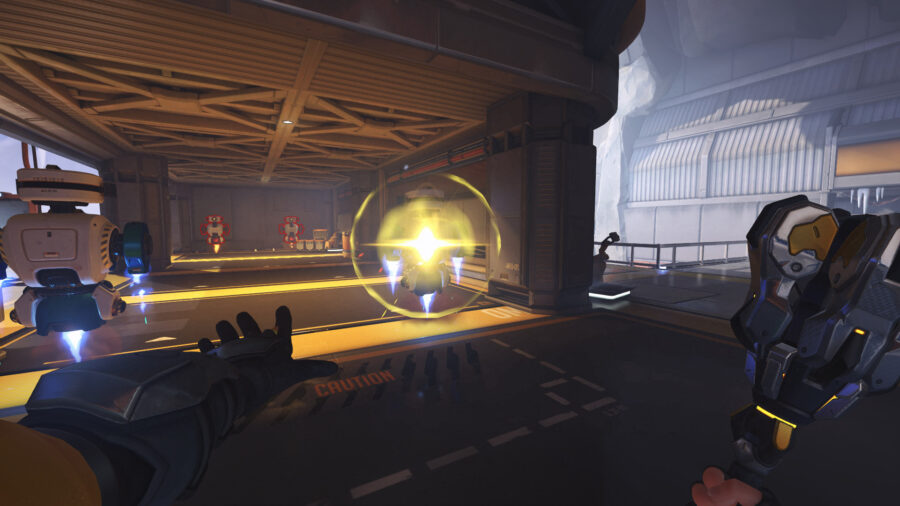 In Overwatch 1, these used to apply armor, but now they simply apply a heal over time. A handy spot heal for when you don’t have an enemy to smack, the Repair Pack has a solid 30m range and three charges. Make those charges count! 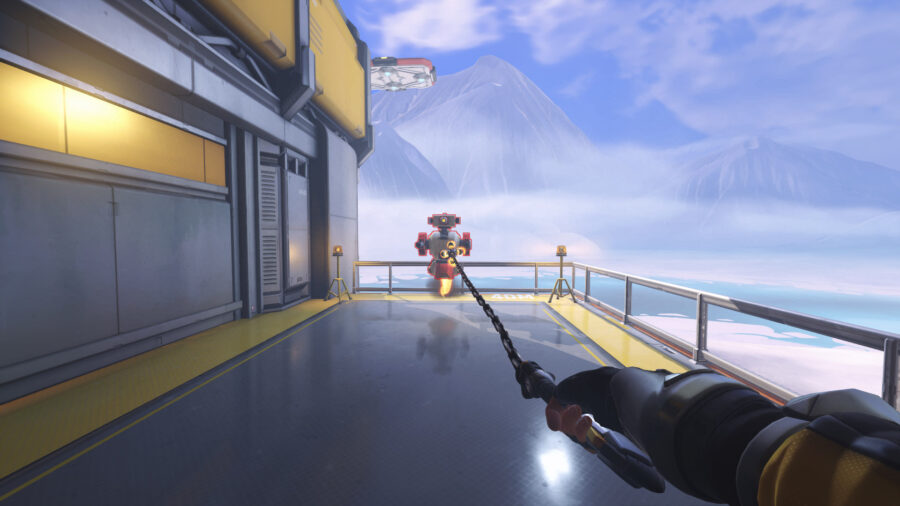 Whip Shot – Launch your flail forward to knock an enemy away from you. Cooldown: 4 seconds.

The Swiss (or in Brigitte’s case, Swedish) army knife of her kit, the Whip Shot is a versatile tool. It’s her only ranged ability and provides a considerable knockback. Use cases include pushing people off of control points, knocking back enemy divers, shunting people down holes, and securing the kill on that runaway Tracer. You can also use it to trigger Inspire at range when there’s no one close enough to hit. A mini-Reinhardt shield. The small width and 250 health isn’t going to be protecting your team from a full on assault. That doesn’t mean it isn’t extremely handy. It gives Brigitte far higher survivability than her base 200 health would suggest, keeping her alive long enough to get close to an enemy and start swinging.

Keep in mind that using Brigitte’s shield will slow her movement. If you’re trying to chase someone down or keep pace with allies you’re going to have to drop it. Also, if the shield is fully broken through damage then it will be out of commission until it recovers. Make sure to lower it before it shatters! 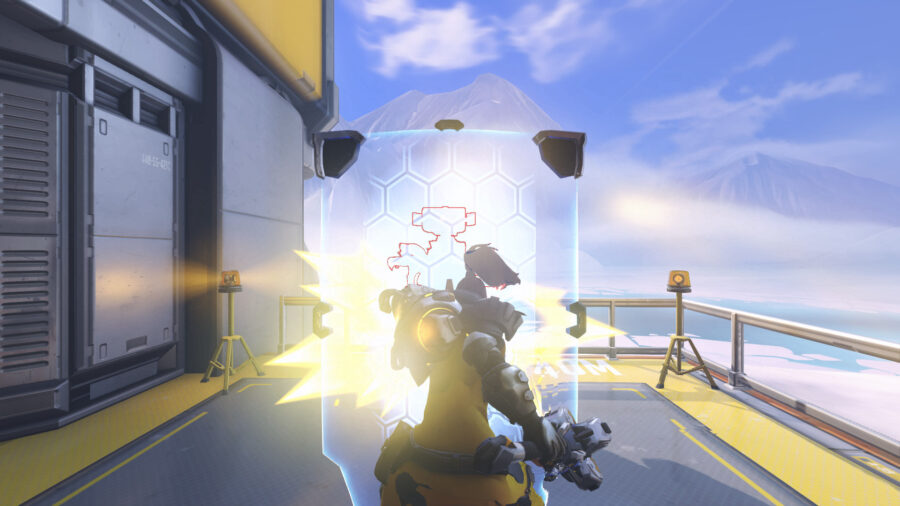 A nice mobility tool and a reliable knockback, Shield Bash is great for protecting teammates from pesky Genjis and Tracers. Though the knockback isn’t as strong as her Whip Shot’s, it’s far easier to land and lets Brigitte get to where she needs to be. 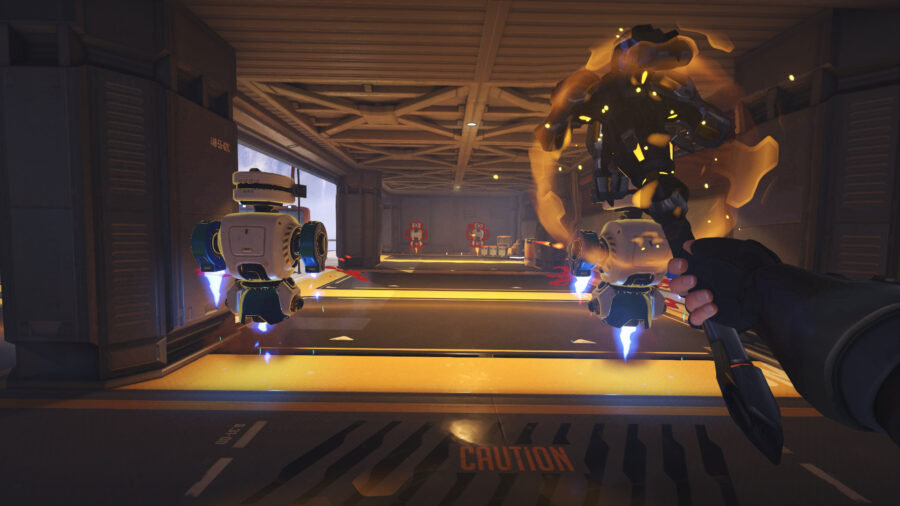 The thinking person’s version of Lucio’s Sound Barrier ultimate. Whereas Lucio will use his as a giant panic button to save his team from massive incoming damage, Brigitte’s ultimate is more proactive; great for using on the push for a sustained assault or when you know a big skirmish is about to break out. Rally will heal everyone within range over time and will overheal for a limited amount. Just don’t go using it in response to a Junkrat revving up his tire unless you feel like throwing your ultimate away.

You’ll want to keep this up as often as you can. The range of the aura is 20m, so this will be a good way to keep your team going longer during skirmishes. Note that this triggers off of all damage, so a choice Whip Shot at range will pop inspire if there’s no one close enough to wail on.

A nice change for all support heroes (especially ones like Brigitte that couldn’t heal themselves easily). It essentially makes you a persistent threat when teams can’t finish you off. Hide behind cover after taking heavy damage and soon enough you’ll be healthy enough to rejoin the fray.

Changes to Brigitte in Overwatch 2 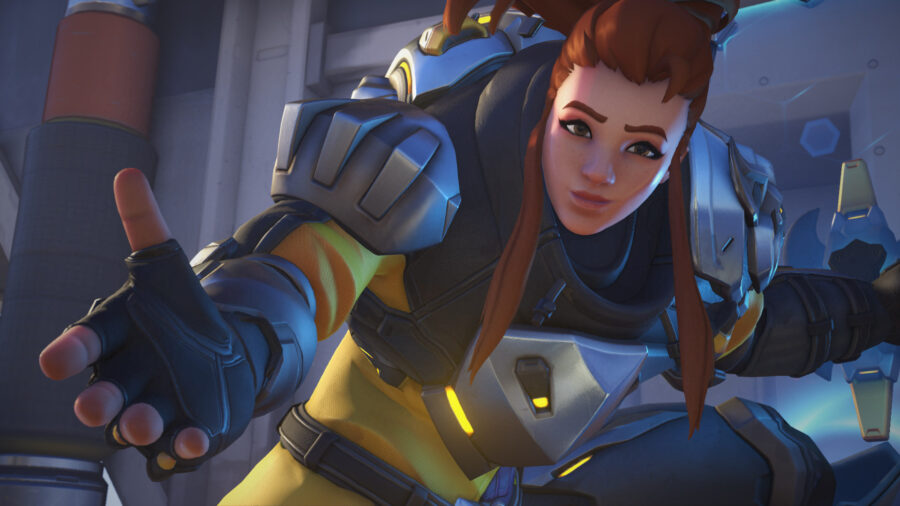 Brigitte’s changes from Overwatch 1 are subtle, but they don’t really change her playstyle much. The main things to note are:

The first thing to keep in mind with Brigitte is that she’s a bit sturdier than she seems at first glance. Though she has a bog standard 200 health, 50 of that is armour which receives a flat 30% damage reduction. Between that, Inspire, and her Barrier Shield she can be a pain in the backside to take down. Despite this, you don’t want to be in front of your tank when advancing. She might be tougher than most, but she can still be burned down on the advance if the enemy team focuses on her as a group.

There are two main ways you can play Brigitte; the backline defender or the front line skirmisher. The way you approach each game will completely depend on your enemies’ team composition. If they have multiple heroes like Genji, Tracer, Sombra or Doomfist, then you probably want to protect your backline from getting taken out. If their team is less mobile and able to entrench themselves then you probably want to stick to your tank to keep them topped up as you approach. Watch out for enemy teams with Pharah or Echo. Their flight makes them nearly impossible for Brigitte to react to and so you’re at the mercy of your teammates ability to take them out.

As for who Brigitte works well with… well… There really isn’t a team composition that Brigitte doesn’t fit into somehow. Her Repair Packs have enough range that she can heal most people in her line of sight, so if your Doomfist or Wrecking Ball charge off faster than you can follow you can still top them off while you play off-tank for the remaining stragglers.

It’s also worth keeping in mind who your other healer is. If you have a Mercy then you probably don’t need to stick to the tank like glue and should probably save your Repair Packs for when your damage heroes are injured. Try to pay attention to what the other healer is doing so you know where to pick up the slack.

Brigitte has 20 skins in Overwatch 2, detailed in the table below.

*These skins aren’t currently available to be purchased so the prices can’t be confirmed as of yet.