Velma’s oddball moves don’t have to be a mystery with this helpful guide. 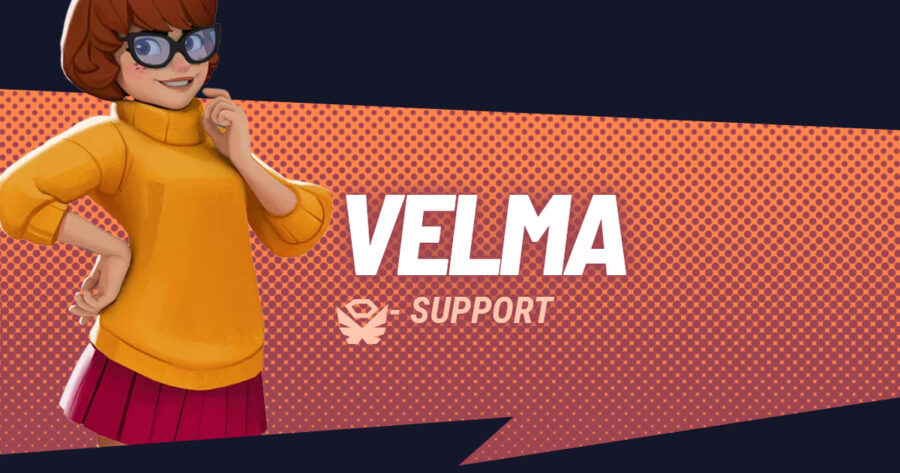 This old-school nerd was a bizarre addition to the MultiVersus cast of fighters, but she ends up being able to tangle with the best of them. In the first-ever MultiVersus tournament at EVO, Velma was the most-used character among the top 8 finalist teams. Of course that means she’s been nerfed since then, but she can still compete. Velma’s best moves are intimidating, but also unusual. Trying to play her as a regular fighter simply won’t work. Instead, get a clue by checking out this Velma MultiVersus Guide. 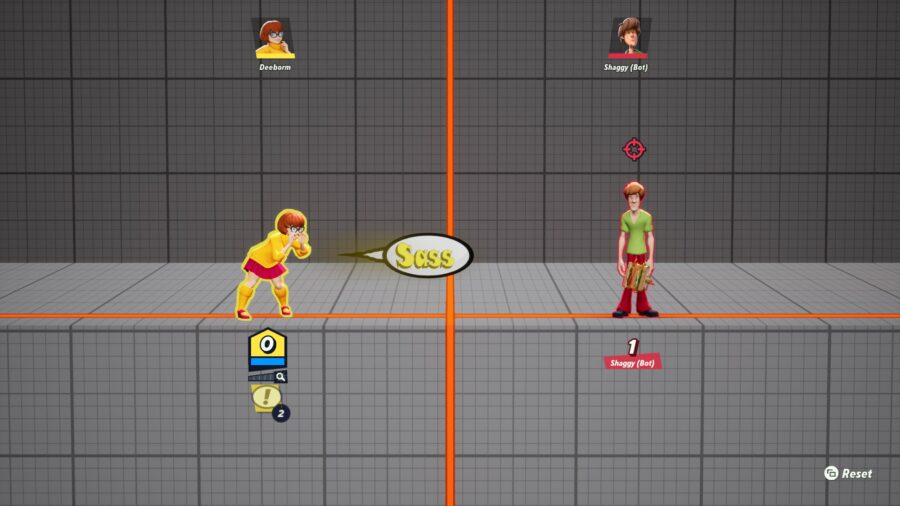 Velma is classified as a “support” character, but don’t be fooled. All of the support characters in MultiVersus are capable of dishing out tons of pain. Velma’s best moves tend to be long-reaching projectiles, allowing her to easily engage the enemy from the back line. She also has several reliable melee attacks for the inevitable hand-to-hand combat. Several of Velma’s attacks spawn evidence, a collectible object that I’ll explain later. For the first section of the Velma MultiVersus guide, here’s an overview of her moves. 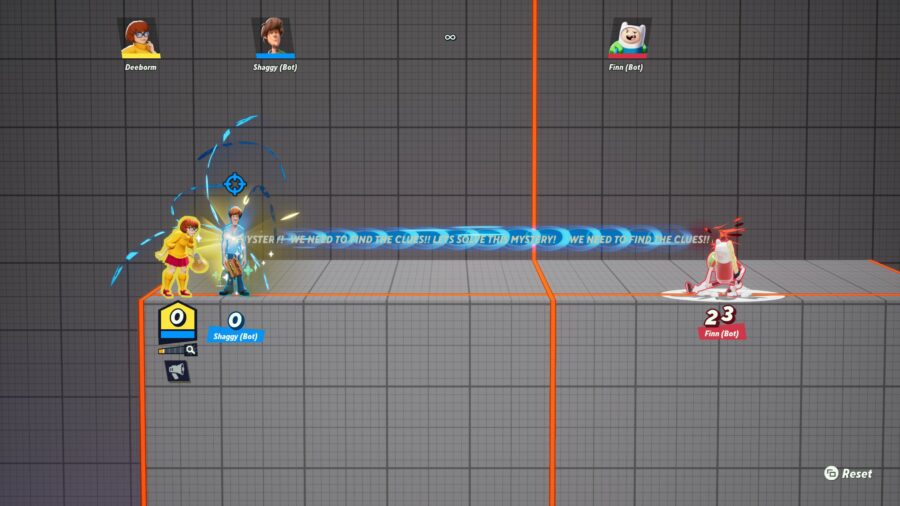 Velma’s regular attacks are already wacky, but her specials are even more so. Pay close attention to this part of the Velma MultiVersus guide.

What’s all this evidence good for, you ask? When Velma and her teammate have collected five pieces, it enables her ultimate move: She reveals that an opponent is Old Man Jenkins, and summons the Mystery Machine to apprehend them. The van chases its target down automatically, and “busts” them on contact, which instantly does 40 damage and locks them inside. Then it drives off the edge of the stage for a kill. You can even attack it to damage an enemy inside!

It sounds like a devastating attack, but it’s often underwhelming. The van’s AI isn’t great, and it can’t chase targets into the air. Sometimes it leaps off the edge and dies as soon as it’s spawned. It can be destroyed by enemy attacks, which can free a captive inside or even prevent the arrest from happening. And after all that, a busted enemy can free themselves by mashing the dodge button to evade the instant death.

For these reasons, it’s best not to rely on the Mystery Machine. Don’t go out of your way to collect evidence as Velma if it would mean putting yourself or your team in a bad position. That said, definitely call the gang if you have the evidence for it: even if it usually fails, summoning the van forces the enemy to respond immediately and can disrupt them.

How to Win 2v2 Battles as Velma in MultiVersus 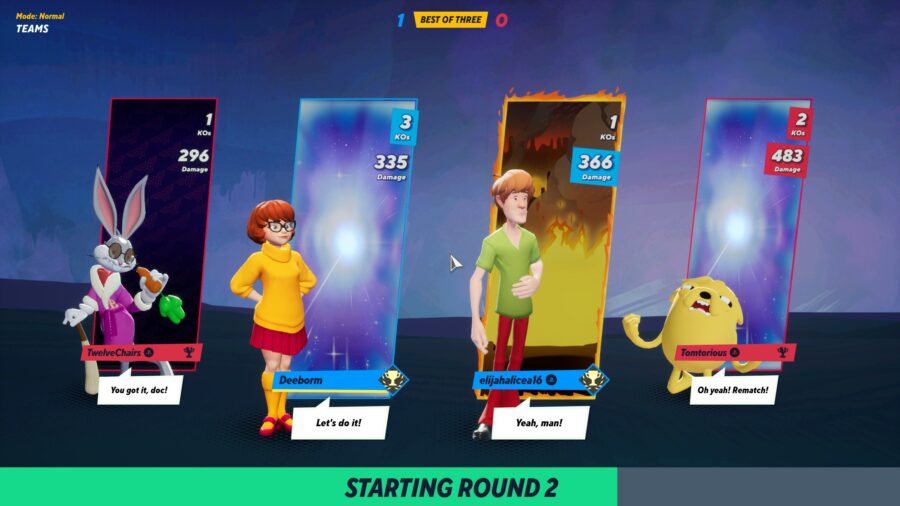 This section of the Velma MultiVersus guide will review how to work with a teammate. Velma’s greatest strength is her wealth of teamplay abilities. Firing at your teammate with the neutral speech bubbles or the megaphone sends a stronger version at your enemies, so it’s always a good idea to aim at your allies first. Despite Velma’s strengths, she’s also light, and has some trouble scoring kills. Even her most reliable kill moves won’t work unless the enemy’s at very high damage.

Since Velma needs a teammate who can help on offense and defense, a good partner for her would be a Tank or a durable Brawler who can keep enemies away from Velma while taking advantage of her heals. Shaggy, appropriately enough, is a good option, as long as he doesn’t leave you in the cold while he powers up. LeBron is also a heavy Brawler, and can stack projectile-boosting perks with you. Any current Tank works well with Velma, each for different reasons: Wonder Woman has a lot of cooldown moves, and can make use of Velma’s down special. Iron Giant is huge, and is very easy to hit with healing beams. Superman can use his ice breath alongside Velma’s freezing up special, including the Break The Ice perk for bonus damage.

How to Win 1v1 Battles as Velma in MultiVersus 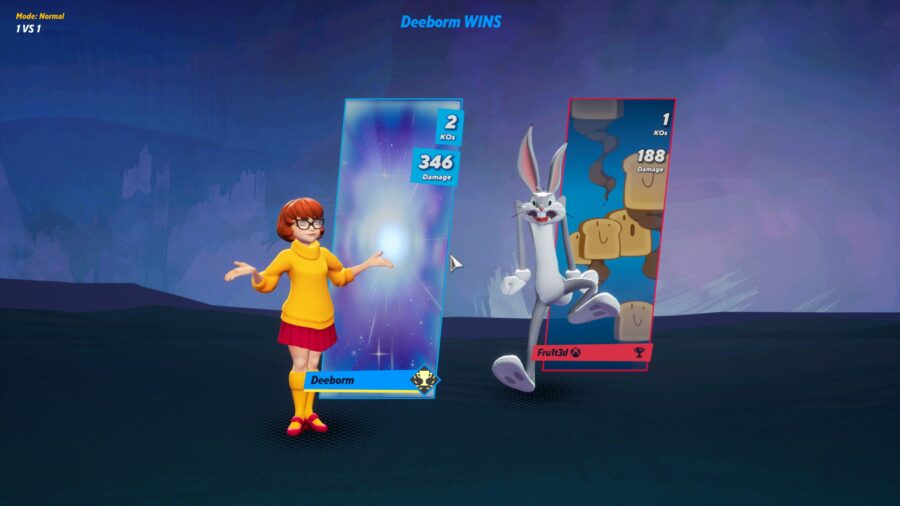 This section of the Velma MultiVersus guide detailes 1v1 strategy. Velma’s abilities are powerful, but most of them are designed to amplify her teammate. She’s not built for 1v1 at all. It’s not impossible, though, with some clever play. Her targeting speech bubble won’t track enemies, but it travels quickly and has a short cooldown, and if it connects, the follow-up speech bubbles do track. Her megaphone is extremely risky in 1v1, and is only safe if used at range.

As with most 1v1 confrontations, the best plan is to move quickly and threaten the enemy with large hitboxes. For Velma, an advancing side air will often catch an incoming enemy. Her side ground attack is also tough to contest, as long as you don’t rely on the full three hits. One hit cancelled into a different attack is safer. She still has issues securing kills, though. You could try for an early spike or offstage side air, but in a pinch, down air onstage will kill off the top around 130 damage. 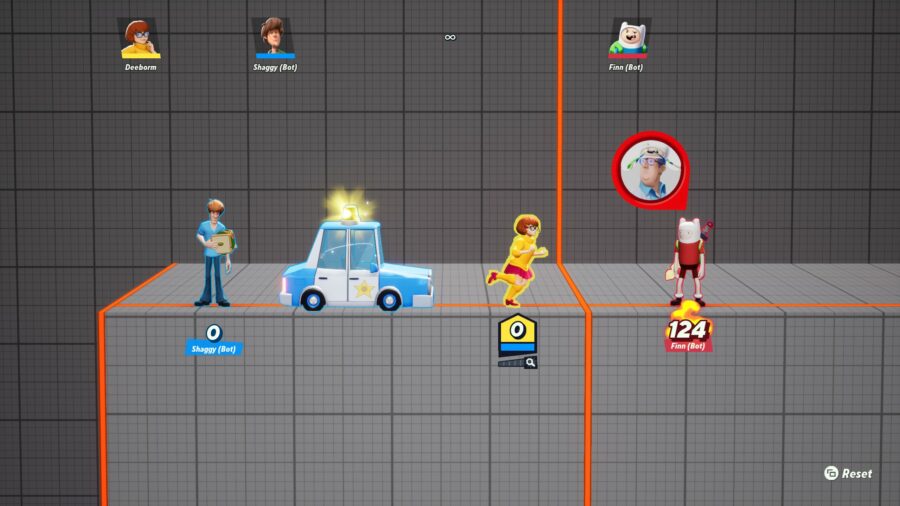 For the last section of the Velma MultiVersus guide, let’s go over her perk options. She has two Signature Perks, and both of them affect the evidence that spawns from her attacks.

This one’s easy: Use Studied in 1v1 (because Knowledge Is Power will have no effect) and Knowledge is Power in 2v2 (because the Mystery Machine often fails and it’s better to have the guaranteed grey health).

For her minor perks, Velma can focus on strengthening her projectile offense or her dodge-based defense. These should be chosen based on which ones will also benefit your teammate.