Give your opponents something to be scared of with MultiVersus’ resident all-rounder. 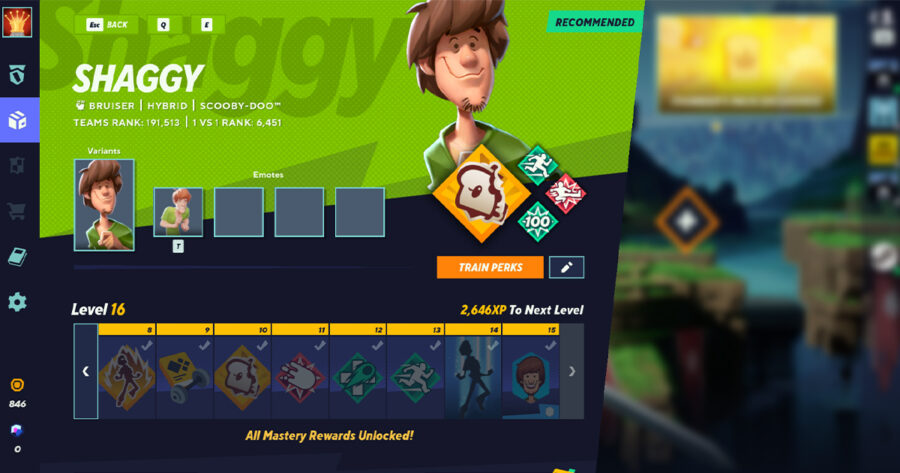 Shaggy, who is featured prominently in MultiVersus’ key art and is the default character you’ll be playing as in Training Mode can be accurately described as “the Mario” of MultiVersus. He’s a balanced all-rounder designed to be easy to pick up and play for newcomers and has a bit of everything in his moveset. But don’t let this simplicity fool you! For our green-shirted glutton makes a hell of a knuckle sandwich. Here’s our comprehensive guide on how you can get better with Shaggy in MultiVersus.

As apt as our Mario comparison may have been, let me step outside of the realm of platform fighters and do you one better, Shaggy is the Ryu of MultiVersus. (Street Fighter Ryu, that is – not Smash Bros Ryu, god this stuff’s confusing.) And why do I say this? Because of Shaggy’s best move, and one that is the crux of his kit — his Up Special, Power Uppercut. Yes, it bears a striking resemblance to Ryu’s iconic Shoryuken, but dare I say it might even have more application? Power Uppercut is not just a useful recovery tool and killing option — it’s also a combo finisher, more on that later. This move can be used in almost every scenario that isn’t neutral, and you’ll hopefully be bagging a lot of your kills by reading an opponent’s jump and punishing them with it. 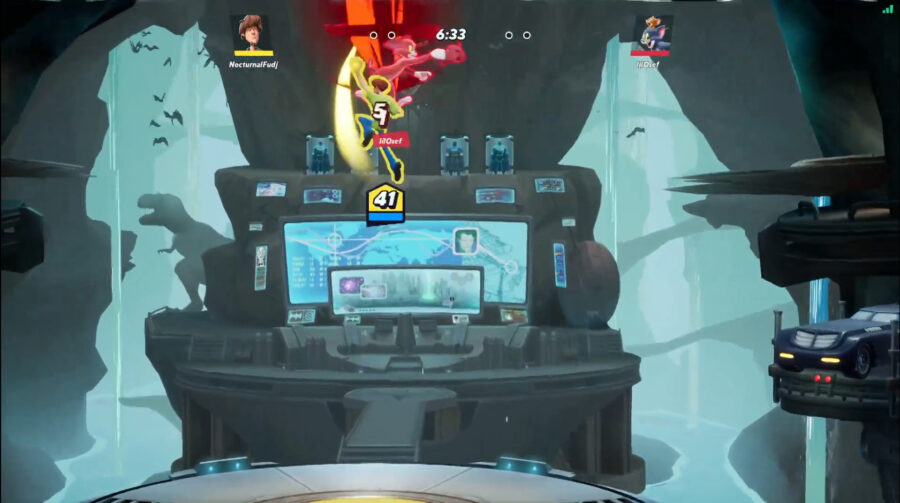 On top of punishing reads and intimidating kill potential, Shaggy also has a projectile – and one that he spawns with! Shaggy’s Sandwich can be thrown with Down Special whilst on the ground and in the air, it does mild damage and knockback and even heals teammates it passes through once he’s thrown it, he can spawn another one with another Down Special, nice!

And then we come to the cherry (or olive) on top (of the sandwich, if it’s an olive), Shaggy’s central gimmick and the one thing that sets him apart from the other beginner-type characters in most fighting games — Rage Mode. Yes, Warner Bros appear to have given Player First Games the go-ahead to make the memes a reality, Shaggy can in fact power up and take on a very Super Saiyan-inspired appearance with his Neutral Special. No, the screenshots you’ve seen are not fake, this is really in the game, and it’s a hugely important part of playing Shaggy that we’ll get to when we cover his Specials in more detail. 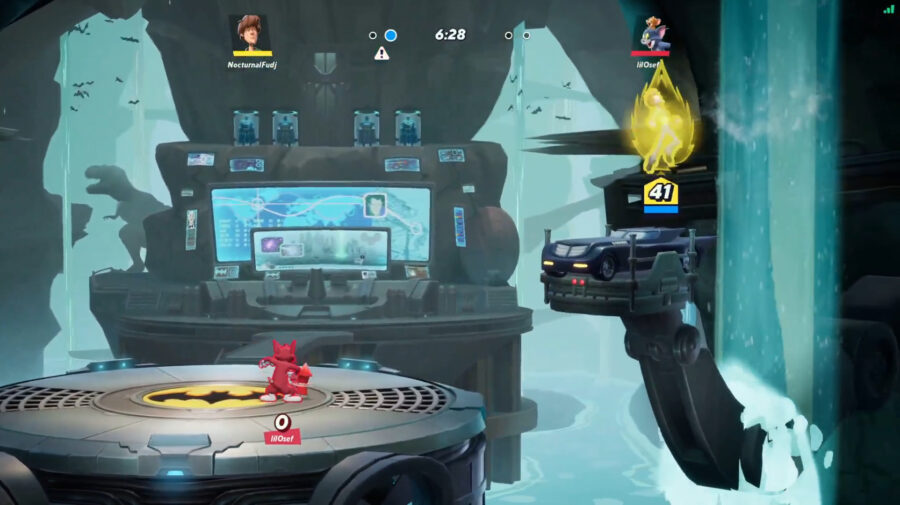 All-in-all, Shaggy has a bit of everything and appears to borrow elements of his design from lots of iconic fighting game characters over the years, he even has a move that’s very reminiscent of the classic Captain Falcon knee from Super Smash Bros. And while he may be simple in concept, that’s not to say he’s without identity. A Bruiser type character with a lot of speed and movement options, Shaggy is what traditional fighting game players would call a Rushdown character. He’s intended to be played aggressively and approach opponents with powerful offensive options. The Sandwich may give him a bit of leeway in backing up and creating distance, but this character really excels when opening up his opponent with his high damage combos and powerful killing options. Let’s get into the meaty middle;

Shaggy is a very combo-centric character with many moves that can lead into many things. To save trying to account for 1000+ situationally dependent combinations, we’re gonna go through Shaggy’s 3 most prominent combo starters, and what you can get off them.

How to Use Shaggy’s Specials

Though he may be a combo-heavy rushdown character, I’d argue Shaggy’s specials are actually the most important part of his kit overall as opposed to the aerials and normals that dominate most character’s metas. Shaggy’s normals may be helpful for combos and neutral, but Shaggy’s specials have application with combos, neutral, juggling, reads and even a bit of zoning. They’re his best moves across the board in my opinion;

Shaggy’s Neutral Air is a great, multi-hit move with a very generous hitbox that pops your opponent out for a great angle at follow-ups, however due to MultiVersus’ frantic, fast-paced nature, you might find when trying to use it whilst holding forward (which you’ll be doing often), you often misinput Forward Air instead. This will put some serious shackles on your neutral game, but can be rectified in the game’s controller settings. Try either setting a second button to “Neutral Attack” (in my case I use the Right Trigger/RT on my Xbox controller, and also use the Left Trigger to jump) or ticking the “Swap Air Side And Neutral Attack” setting so that you can use this hugely important Neutral Air with the free range of movement without fear that you’ll perform a Forward Air instead. 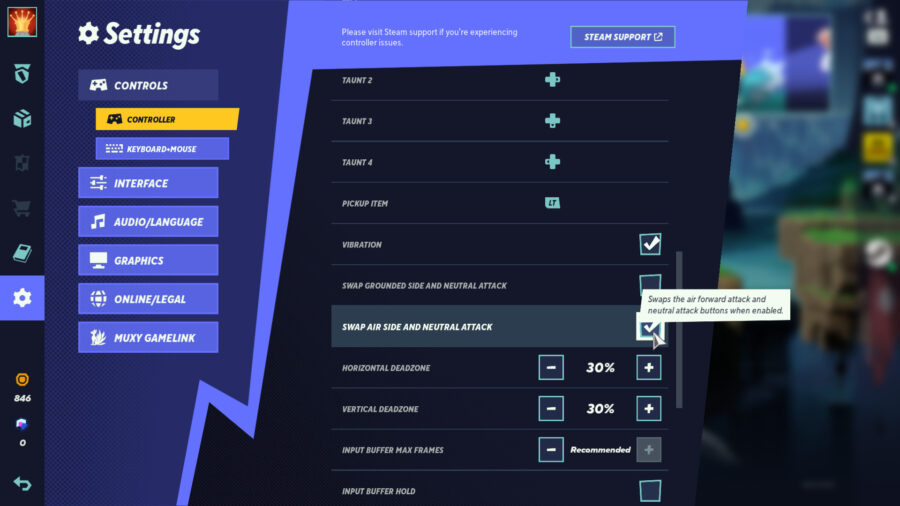 Shaggy is a simple character and there’s not a lot of advanced techniques to learn, but definitely practice his combos in Training Mode (in particular the ones off Grounded Side Attack/Jab) and get used to cancelling your dodges and other moves to get your stuff out as fast as possible and optimise your combos! Your neutral should consist of a lot of Neutral Air, Forward Air, a sprinkle of Down Air, some Sandwich throwing and generally trying to move yourself into a position where you can open an opponent up with a Jab combo!

As a fast-moving rushdown character, we want perks that will accentuate Shaggy’s mobility and allow him to further excel at smothering opponents. Here are some perks I recommend and have seen other, better Shaggy players doing so too;

Not much of a toss-up here. 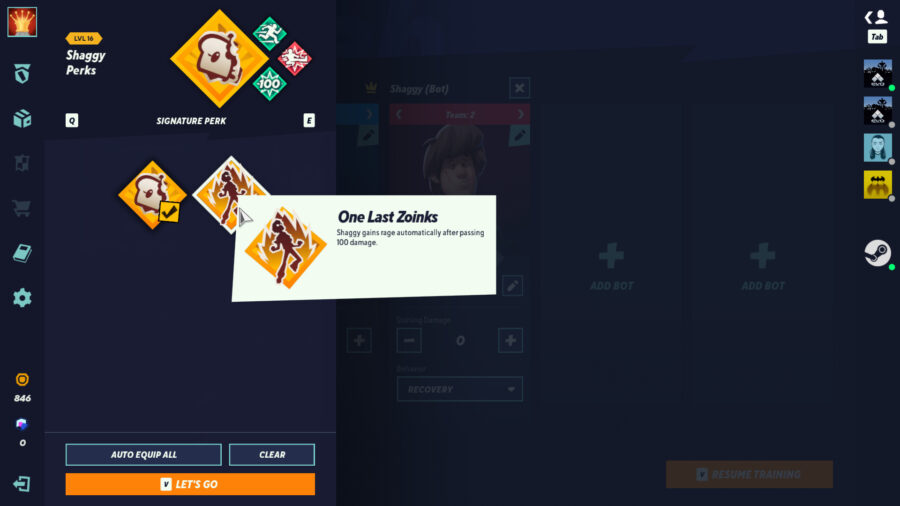 And bon appetit! I hope this 6-course meal was to your liking and that you look forward to polishing off your opponents on the online ladder as if they were a Scooby Snack and you were a very hungry stoner. Get in, mash on some people, do some cool combos and then kill ‘em at 70 with a ridiculous Bruce Lee kick whilst surrounded by a vaguely Super Saiyan meme aura. Ahh, nothing else like it.

Have fun, and happy climbing!